How Are Australian Lithium Miners Taking Roots To Leap on the Stabilised Lithium Chemical Prices?

While lithium chemical prices have taken a breather from the free-fall mode, the ASX-listed lithium miners and chemical developers are scaling through the turbulent lithium markets and taking survival measures to lessen the impact of falling lithium prices.

To Know More, Do Read: Chile And SQM Leap To Regain The Market Share Posses Headwinds For Australian Lithium Miners Ahead

However, despite the oversupplied conditions, the market participants and industry players are standing tall against all the odds and intrusting the much-anticipated EV and Giga factories penetration in the global market.

To Know More, Do Read: Why Are Market Players Clinching to the EV and Lithium Forecast?

The ASX-listed lithium miners and chemical players are adopting measures and taking considerable actions to sail out from the shock waves of the lithium industry.

Piedmont is an ASX-listed lithium chemical company with a 100 per cent interest in the Piedmont Lithium project in North Carolina. The aim of the company is to become a significant lithium-based chemical supplier in the United States.

PLL recently noticed strong interest from the prospective lithium hydroxide customers, and the company decided to accelerate the development of its lithium chemical plant. PLL decided to compress the project timeline into a single-stage, which would target lithium chemical production in late-2022.

The new timeline, which would defer the mine/concentrator construction start date by a year will effectively accelerate the chemical plant development by one year resulting in integrated operations from day one.

The integration should improve project economics amid higher margins associated with lithium-based chemicals such as lithium hydroxide/lithium carbonate and eliminate spodumene concentrate sales into the Chinese market.

The near-term milestones planned by the company are as below:

PLS is an ASX-listed lithium-tantalum producer under the ASX200 index, and the company operates the Pilgangoora Lithium-Tantalum Project with an aim to stand among one of the biggest lithium raw materials producers across the globe.

The Placement by CATL would comprise of two tranches, according to the relevant approval conditions and settlement timetable, which are as below:

The General Meeting for seeking the shareholders’ support for the equity raising and the CATL Placement will be held at the University Club of Western Australia, on 16 October 2019.

LIT is an ASX-listed lithium chemical developer which produces the lithium-based chemicals from all lithium silicates, including the mine waste via innovative extraction process. The company intends to produce advanced components for the lithium-ion battery industry and focuses on the recycling of spent batteries and e-waste.

The Australian Nuclear Science and Technology Organisation (or ANSTO) recovered 99.9 per cent lithium phosphate from mixed metal dust produced from recycled lithium-ion batteries (or LIBs) via using the company’s technology.

The discharge curves for the coin-cell lithium-ion batteries are as below: 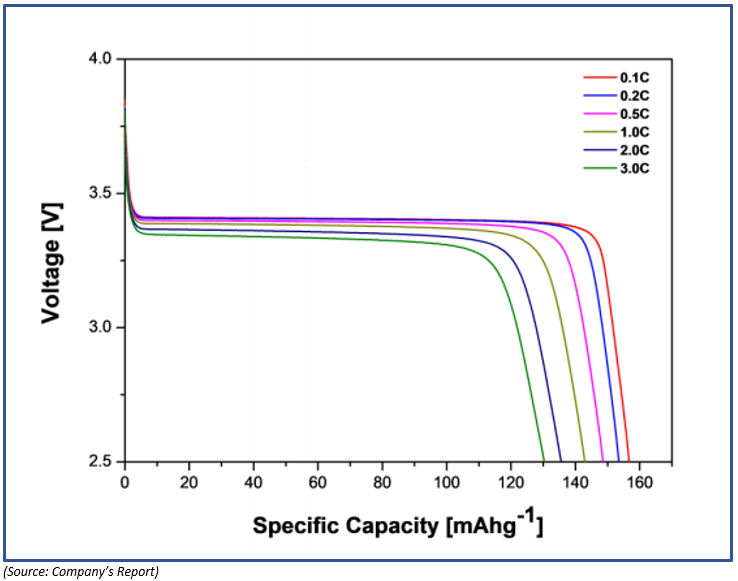 LIT is in several discussions with industry players in China and elsewhere to establish a supply chain for the lithium-ferro-phosphate cathode material.

As per the company, growth projection for such material is strong amid its suitability for various industrial applications in the replacement of automotive lead-acid batteries, largescale energy storage, etc.

For an in-depth look at the Lithium industry, please read here and for Lithium stocks, read here.

CLICK HERE FOR YOUR FREE REPORT!
Tags:
Blog ASX: WES ASX: PLS ASX: LIT ASX: PLL Wesfarmers Limited Australian Lithium Miners ASX-listed Lithium ASX-Listed Lithium Miners Piedmont Lithium Limited Pilbara Minerals Limited Lithium Australia NL
All pictures are copyright to their respective owner(s).Kalkinemedia.com does not claim ownership of any of the pictures displayed on this website unless stated otherwise. Some of the images used on this website are taken from the web and are believed to be in public domain. We have used reasonable efforts to accredit the source (public domain/CC0 status) to where it was found and indicated it below the image.