Gold Bonanza for Vango Mining Limited, Stock up by 10%

It is the new year 2020 already and what better than a 10.345% increase in a company’s stock price on 2nd of January to start with.

Yes, a junior mineral resources company Listed on ASX, Vango Mining Limited (ASX: VAN) witnessed an increase in its stock price following the announcement of the excellent “Bonanza” gold intersections from a new and very high?grade gold zone at the Albatross?Flamingo target in its Marymia Gold Project.

VAN is focussed towards the exploration and development of its Marymia Gold Project (acquired 100%in August 2016) in the mid-west region of Western Australia. With its highly prospective project and recent drilling intersections, the company is emerging as a high-grade gold company in Australia.

The company’s gold intersections from the VAFRC0001 drill hole, the first of 11 completed, wide?spaced, reverse circulation (RC) drill holes for 1,852 metres below the Albatross and Flamingo historical open?pits are as follows:

The company’s Marymia Gold Project is located 300km northeast of Meekatharra in the Mid?West region of Western Australia and witnessed exceptional gold intersections from the drill, the first of 11 completed, wide?spaced, reverse circulation (RC) drill holes for 1,852 metres.

Australian Export Volumes to Increase by 12%

According to Geoscience Australia, Gold as a rare substance makes up for only around three parts per billion of the Earth's outer layer and in conjunction with its rarity and physical properties, gold is one of the most prized natural resources of the Earth.

A forecast by Resources and Energy Quarterly June 2019 for Gold reads:

The rise in the gold prices has promoted gold recycling activities, especially in India, with global gold scrap supply increasing by 4.7% year-on-year in the March quarter of 2019, to 288 tonnes. 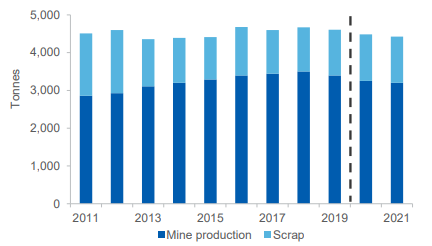 Although the decline in world mine production is expected across most major gold producing countries, it is expected to be particularly evident in Australia (expected to substantiate for the closure of over 51 tonnes of mine capacity) between 2019 and 2021.

To some extent, this is expected due to the long-established projects reaching the end of life, and few new projects and expansions to drive future supplies.

Vango Mining Limited believes that the strong indication of the open?pit potential of Albatross?Flamingo, which the company will now assess as a priority in its ongoing mine planning, is provided by the exceptionally high?grade nature of these results at relatively shallow depths.

The ability to mine via open?pit has the potential to deliver substantial cost savings in connection with an underground operation in any prospective future gold mining operation at Albatross?Flamingo.

The high-grade intersections VAFRC0001 are associated with quartz?sulphide mineralisation in thrusted mafic rocks, close to the contact with the overlying sedimentary rocks that host the bulk of the gold mineralisation that:

A priority drilling target for Vango in 2020 shall be the wider target zone referred to as Vulcan which has similar dimensions (>3km x >1km) to the Plutonic gold deposit located immediately south of the Marymia Project, which has produced more than 5.5Moz of gold.

Significant intersections from drilling at Albatross?Flamingo to date are given below: 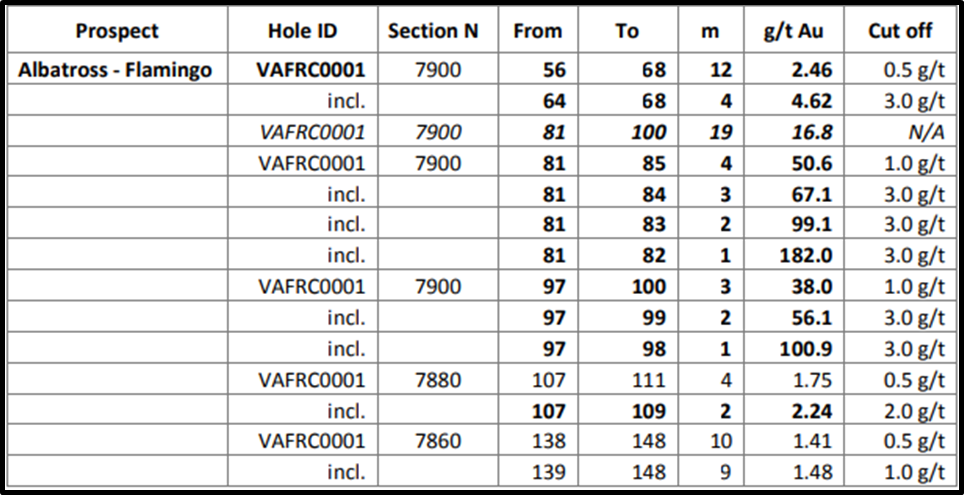 The company is of the view that it’s Marymia Gold Project carries the potential to grow into one of Australia's largest high-grade production projects, in combination with well-placed team and strategy to realise this goal and provide significant value for the shareholder.

In addition to the above, the company also received the results for 12 holes for 2,798m that tested for extensions to the Triple?P, Zone?B underground target, both down?dip and along strike to the north of previous results that included 4m @ 9.48 g/t Au from 177m including 1m @ 25.0 g/t Au in VPPPRC0005. 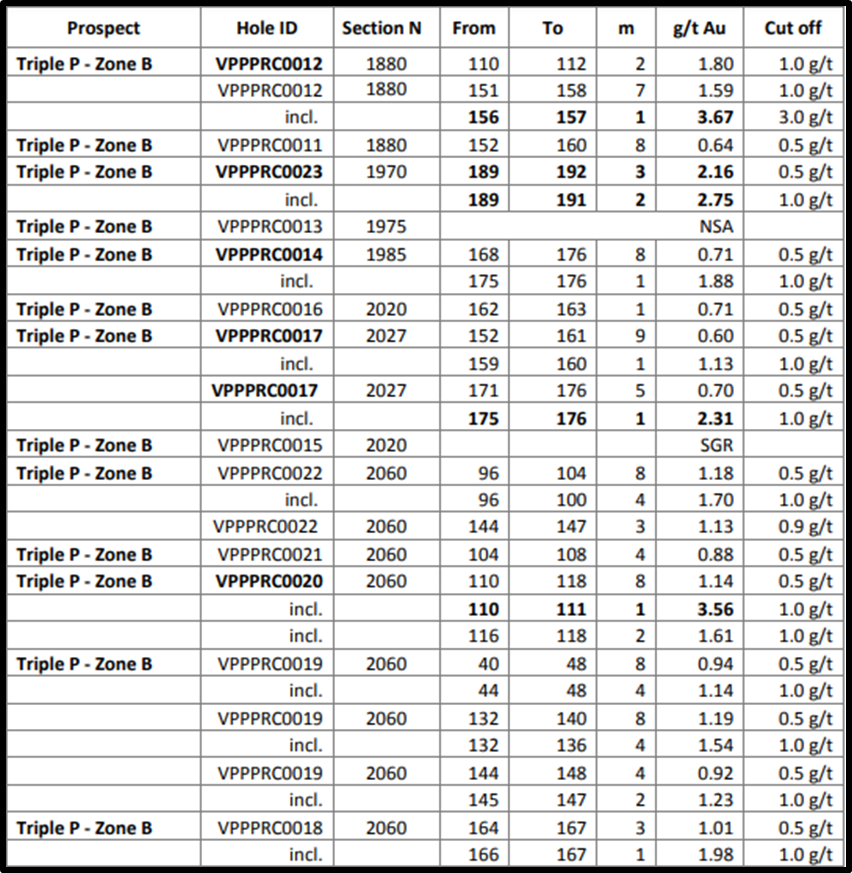 Several lower grade intersections were produced during this programme and have defined the potential underground resource target at Triple?P, Zone?B to a 200m strike length and 60m down-dip zone.

Vango Mining Limited looks forward to capitalising on the extensive drilling results to bring the company’s gold projects in line with a plan to develop each of the assets being explored. This is expected to be facilitated by the support of the company's long-term shareholders.