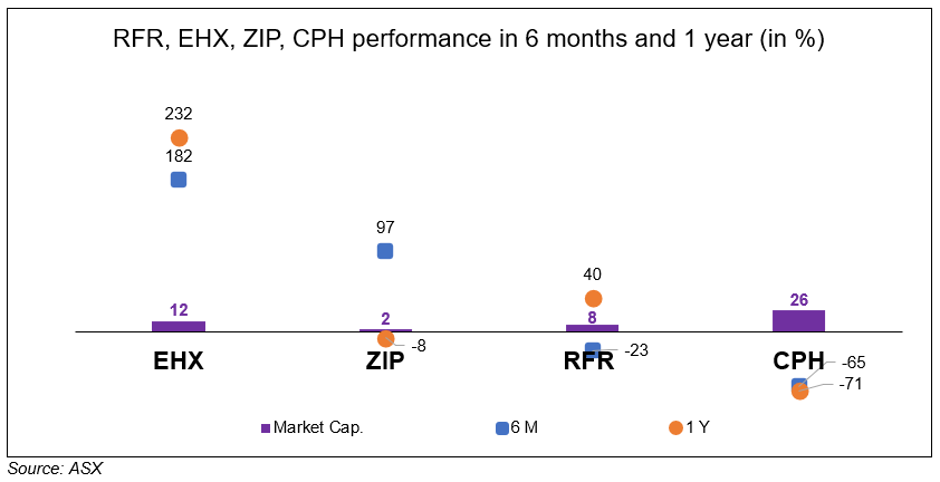 Reasons for these significant growth in stock prices of these companies may pertain to a major deal of Santa Combo Project for Rafaella, strategy to expand diamond segment of EHR Resources Limited by means of an acquisition, issuance of new securities by ZipTel Limited and Creso Pharma Limited.

Listed on ASX in July 2018, Rafaella Resources Limited (ASX: RFR) is into the business of exploration and development of minerals located globally. The company owns and develops Santa Comba tungsten and tin project in Spain. Other than Spain, the company executes projects in Australia and Canada, namely, Sandstone gold exploration project and McCleery cobalt and copper exploration project, respectively.

Santa Comba Project Deal: Rafaella has a development strategy to address Tungsten demand which is not completely met by the limited supply from China. On 27 May 2019, RFR announced an agreement to acquire Galicia Tin & Tungsten S.L. (GTT), which is the owner of Santa Comba development project located in North Western Spain. Switzerland based company, Transamine Trading S.A. has agreed to provide strategic support to the project including logistics and marketing services and an offtake agreement. The company will also make an equity investment of $1.5 million in RFR. 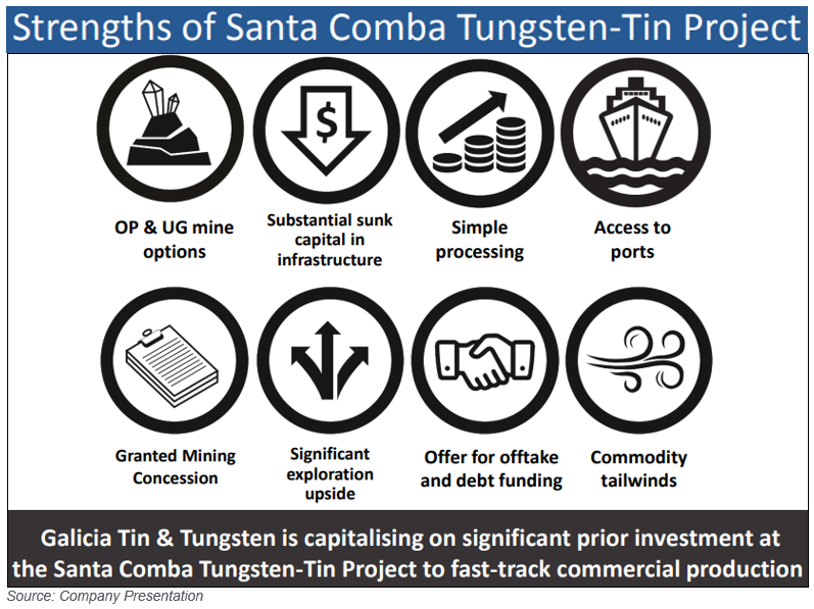 Director’s change in securities: Regarding the change of Directors’ interest in securities, RFR notified the market about the same, as mentioned below.

An ASX-listed company, EHR Resources Limited (ASX: EHX) is into the business of mining, exploration and production of mineral (Gold, Copper, Diamond) and metal resources. EHX has operations spread out in Australia.

Sudden rise in the stock price: On 17 January 2020, the company has been questioned by ASX regarding the increase in EHX stock price in the intraday trading from low of $ 0.082 to the high of $ 0.15. To which, company along with all the directors have confirmed that they are unaware about any such information which led to the increase in security prices. Other than this, EHX mentioned that it is about to release a notice in connection to the acquisition deal that they have entered with Nanuk Diamonds Inc. on 6 December 2019.

Acquisition of Nanuk Diamonds Inc.: As an initiative to pursue the corporate strategy to focus on upstream diamonds business especially in the Canada region, on 6 December 2019, EHX announced that it has entered into an agreement to acquire 100 percent equity interest in Nanuk Diamonds Inc. There were two sellers in Nanuk with each having 50 percent stake, namely, Prospect AG Trading Pty Limited and Quebec Inc. The total value of the deal is $ 1 million with 20 million fully paid ordinary shares issued at $ 0.05 per share.

Listed on ASX in June 2014, ZipTel Limited (ASX: ZIP) is a telecommunication company which delivers solutions in international calling and roaming facility. ZIP has two core products which are distributed domestically and internationally, namely, AussieSim and ZipT.

Director’s change in securities: ZIP notified the market that one of its directors, Mr Umberto Carmelo Mondello changed his interests in the company on 29 November 2019. Mr Mondello acquired 4,000,000 ordinary shares.

On 20 January 2020, the stock of ZIP last traded at 0.015 (at AEDT 03:30 PM), with no change compared to its previous closing price. The company has outstanding shares of around ~ 189.13 million. Also, ZIP has a market capitalisation of nearly $ 2.84 million. The stock has delivered a return of 25 percent and 15.38 percent in the last six months and one-year span, respectively.

ASX-listed company, Creso Pharma Ltd (ASX: CPH) is into the business of providing cannabis products to humans and animals. CPH follows GMP (Good Manufacturing Practices) standards for manufacturing and development of its products. The company’s products are developed in five major categories, namely, Animal health, Lifestyle, Nutraceuticals, Therapeutics and Topicals. With its headquarters situated in Australia, CPH has operations in Canada, Colombia, Israel and Switzerland.

On 17 January 2020, company released its quarterly results for December 2019. Key highlights are as below.