A portfolio is the collection of various investment tools and products like stock, mutual funds, bonds, cash etc. which helps an investor to mitigate risk. The process of selecting those financial tools and products as per the risk appetite of the investor to minimize risk and maximize profit is termed as portfolio management. Generally, a well-managed portfolio is a diversified set of products and securities. In this article, we would look at four stocks from different domains while technology is at the heart of their business models.

Q4 FY2019 results - During the period, the company started detailed work with the first potential client and partner. In the month of May 2019, the company appointed Kitec Design Co Ltd, the leading semiconductor distributor as the representative in South Korea.

Korea is the largest manufacturer of the memory chip in the world, and it produces 57% of the global supply. It is also the 2nd largest semiconductor industry in the world. It is the key target for Silicon Oxide (SiOx) ReRAM technology of the company. 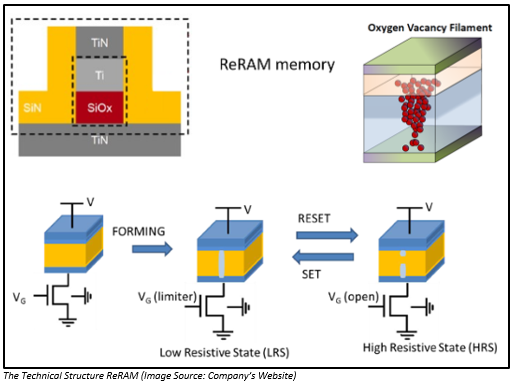 The company also made the appointment of semiconductor expert Mr Atiq Raza as the Non-Executive Director who brought enormous semiconductor industry experience to the company.

The block trade sales of the outstanding 6.5 million shares that were held by 3 large escrowed shareholders were finalized during the period. Thus, eliminating the substantial market extension linked to their holdings as well as providing a more stable environment for supporting share price growth in the upcoming period. Most of these shares were sold to sophisticated, long-term Weebit shareholders.

On 24 July 2019, Zip Co Limited (ASX: Z1P), the provider of point-of-sale credit and digital payment services to customers as well as merchants, released its Q4 FY2019 update for the period ended 30 June 2019.

Quarterly Update: The company, by the end of FY2019, exceeded all its financial targets that were set during the beginning of the fiscal year. The transaction volume zoomed up by 108% to $1.1 billion as compared to the prior corresponding period (pcp). The number of customers increased by 80% to 1.3 million, which were at 1.0 million during the start of FY2019.

There was an increase in the Q4 revenue by 17% to $27 million as compared to the previous quarter. The quarterly transaction volume increased by 105% to $ 351.8 million year-on-year, where transaction volume in the month of June 2019 itself was above $ 130 million. The Zip App achieved a top 10 ranking across Apple and Google stores. The net debt declined from 1.75% in Q3 to 1.63% in Q4. 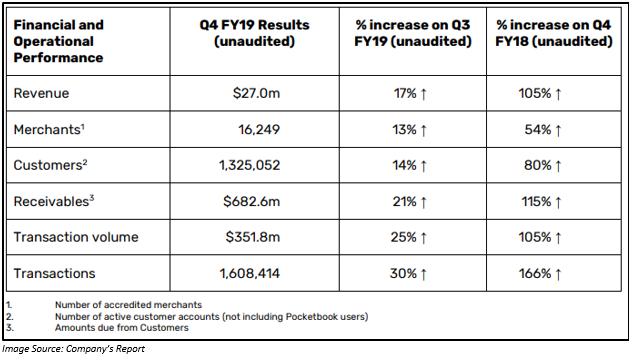 The company also entered into various strategic partnerships with Tyro and Adyen and continued to onboard enterprise clients to the platform, which includes Just Group and Kmart Australia.

During the fourth quarter FY2019, Kmart Australia, Bing Lee, and Freedom joined the platform, and there are other retailers as well with whom the company is having discussions.

Trademark claims: On 24 June 2019, Zip Co Limited as well as its subsidiary Zipmoney Payments were notified that Firstmac Limited had started proceedings against the company in the Federal Court claiming infringement of âZIPâ trademark which is registered in respect of Financial affairs.

The company noted that Firstmac Limited did not previously raise any concern related to the any of its trademark used by the company.

The company also highlighted that since June 2013, it has been using the Zip trademark extensively and entered into partnerships with 14,000+ retailers at 30,000+ points of acceptance and has over 1.2 million customers.

Also, the company also stated that Firstmac ended offering a âZIPâ home loan product before the start of the Zipâs business in 2013. Now, the company has engaged law firm Corrs Chambers Westgarth to defend its position.

LEGO approved second campaign with Tinybeans : Tinybeans Group Limited (ASX: TNY), a mobile and web-based technology platform that links parents with the most reliable tools as well as resources to help each family flourish announced that LEGO Systems Inc had approved the 2nd campaign with TNY post the early success of its 1st campaign.

LEGO Systems Inc would now be advertising its DUPLO products to US families of toddlers as well as children going to preschools. The campaign is valued in the range of $100k-$150k in revenues and would focus on developing brand engagement with LEGO DUPLO Animals, which would influence the end-users of the company to buy them. The revenue from this campaign would be CPM based, which in turn would have its influence on the 1H FY2020 revenues. The payment for the campaign would be received on a monthly basis.

Mom365 extended its Partnership with Tinybeans : On 24 July 2019, the company also announced that it had signed a 12 monthsâ contract with Mom365, thus extending their existing relationship. Mom365 is the biggest provider of professional newborn photography in the US.

Bayard is a company founded in the year 1923 and is headquartered in New York. It provides Recruitment Marketing Advisory in 17 different countries via its team of 225 members and 15 offices.

Further, Bayard would also be promoting LiveHire to its clients and would help the company in boosting its brand recognition and also in accelerating sales growth in the US.

Apart from this, the companyâs growing Channel Partnerships network in the current scenario is extending into the United States. The company is highly focusing on its ongoing growth and driving further geographical expansion. 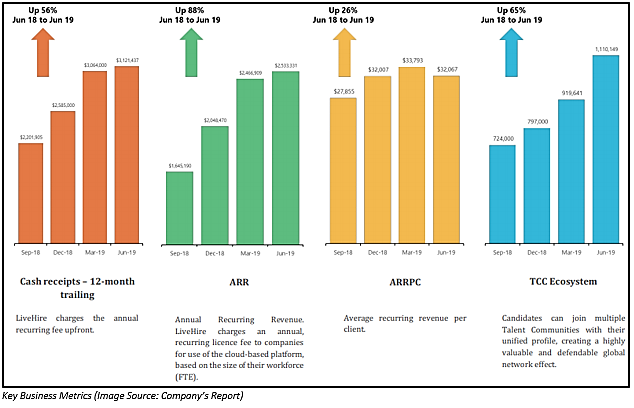