For instance – A trader borrows 50 shares of a company from its broker and sell the shares at a price of $10 per share and realised $500 in the process excluding other charges. After a few days, the price of the securities fall to A$5 per share, the trader buys another 50 shares of the same company after paying $250 for the transaction. He makes a profit of $250 from the difference of both transactions, and now he holds 50 shares which would be returned to the broker.

Short selling is often used by investors/portfolio managers to hedge against the exposure from the long position in any security, and it could be used as speculation from traders.

Let’s look at some of the shorted stocks in the market as follows:

Syrah Resources Limited is a Metals & Mining group based in Australia. As per ASIC daily aggregate short position per stock of the company on 18 June 2019 was as follows; ~19.61% of the SYR stock was held in short positions by the market participants out of the total product in issue.

On 19 June 2019, the company released a presentation for an entitlement offer to subscribe for A$55.8 million convertible note in an agreement with the company’s largest shareholder AustralianSuper Pty Ltd. As per the release, another A$55.8 million would be raised from retail & institutional investors by a fully underwritten Entitlement Offer through 1 for 5 accelerated non-renounceable Entitlement Offer at A$0.81 offer price, representing a 15.3% discount to TERP. It was reported that the company would utilise the funding of ~A$111.6 million to ramp up the production at Balama Graphite Project’s Operation due to the global demand for natural graphite. 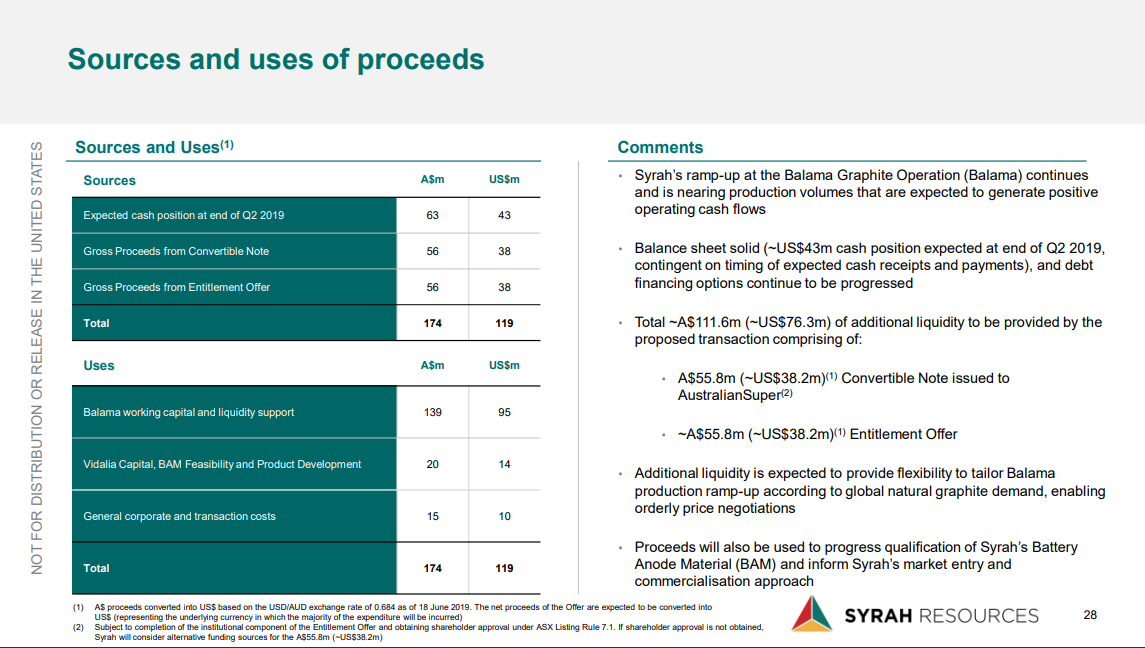 On 21 June 2019, Syrah Resources announced the completion of the institutional component of the 1 for 5 accelerated non-renounceable Entitlement Offer. It was reported that the institutional Entitlement Offer had raised A$25 million with a take-up rate of ~82%. The announcement read that the settlement of new shares issued under the entitlement offer is expected on 28 June 2019 and the expected date to commence trading is 1 July 2019. As per the release, the retail offer of the 1 for 5 accelerated non-renounceable Entitlement Offer would open on 25 June 2019 and close time/date is scheduled on 5:00 PM AEST, 8 July 2019.

Poultry producer, Inghams Group Limited (ASX: ING) is on the investors shorting books with ~16.92% of the total product on the issue in short positions, according to the ASIC daily aggregate short position per stock on 18 June 2019. 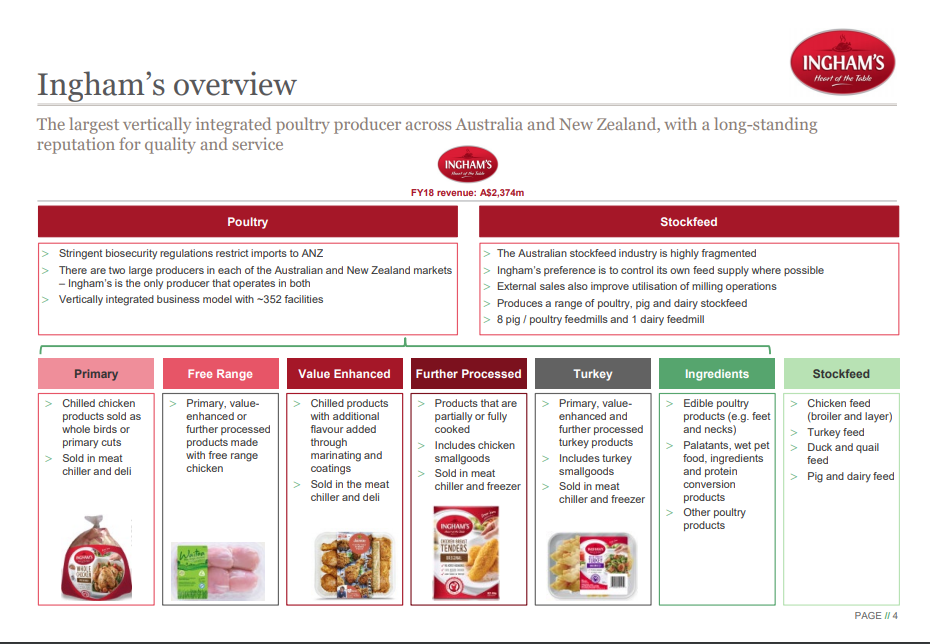 On 19 June 2019, Inghams Group Limited announced the appointment of Mr Gary Mallett as Chief Financial Officer (CFO) starting in October 2019. It was reported that Mr Gary Mallet would be responsible for business planning, governance, corporate finance, IT and business improvement. Furthermore, the company announced few more updates to the board; Chris Croese, joined as Chief Customer Officer in June and Tim Singleton – Chief Operations Officer. Anne-Marie Mooney was appointed to the company’s Feed and Ingredients business as Feed Business Director. It was also reported that Quinton Hildebrand and Janelle Cashin would be leaving the business as well.

Nufarm Limited is an agricultural company focused on producing cereals, corn, soybean, Pasture, turf, ornamentals, Trees, nuts, vines & vegetables. The company’s ~16.83% of the total product on the issue held in short positions as of 18 June 2019, as per ASIC daily aggregate short position per stock. 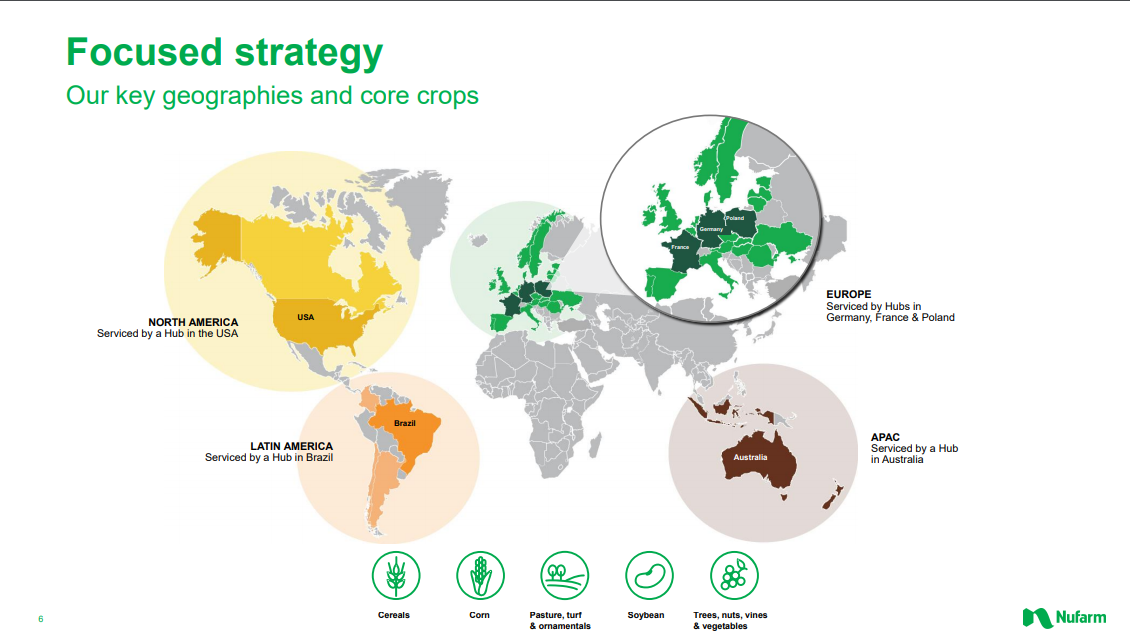 On 3 June 2019, Nufarm Limited reported a Glyphosate update in relation with the three jury verdicts in US courts against Monsanto. It had been reported that Monsanto developed the first glyphosate herbicides and launched them in the market in the 1970’s. According to the release, NUF is into engaged in the manufacturing of glyphosate, whereas it obtains glyphosate material from the producers of these products.

Nufarm believes that the market position of Monsanto was fundamentally different than Nufarm, and the risk of glyphosate litigation is not limited to the US. It was reported that the further risk associated with the glyphosate pertains to maintenance of the registration of glyphosate-based products around the world.

JB Hi-Fi Limited (ASX: JBH) is a retailer for consumer electronics with two brands under the entity as JB Hi-Fi & The Good Guys. The company’s ~15.58% of the total product in issue were held in short positions as on 18 June 2019, as per ASIC daily aggregate short positions per stock.

On 18 June 2019, the company announced some executive appointments and integration of key Group support functions. It was reported that Mr Cameron Trainor was appointed as the Managing Director of JB Hi-Fi business, a position which had been previously held by Mr Trainor between October 2016 to August 2018. As per the release, Lynda Blakely was appointed as the Group HR Director and extended the responsibility of both JB Hi-Fi & The Good Guys. Also, Simon Page was appointed as Group Technology Director; this would bring two strategically important teams of businesses together. 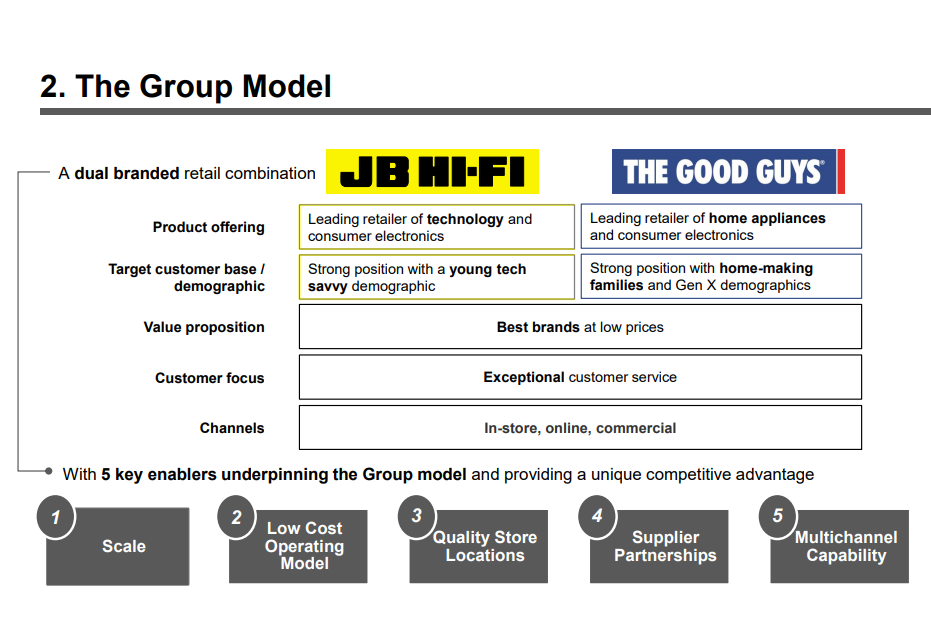 On 30 April 2019, the company released Easter adjusted Q3 FY19 sales update along with FY19 guidance, wherein it was reported that the group sales to be ~$7.1 billion with $4.73 billion contribution from JB Hi-Fi Australia, NZD$ 0.24 billion from JB Hi-Fi New Zealand and $2.15 billion from The Good Guys. JBH also expects the total group NPAT to be in the range of $237 million to $245 million, which represents a 1.6% to 5.1% increase on the previous corresponding period.

NEXTDC Limited (ASX: NXT) is an independent data operator. Its ~14.56% of the total product in issue were held in short positions as on 18 June 2019, as per ASIC daily aggregate short position per stock.

On 21 June 2019, NEXTDC reported that Macquarie Group Limited (ASX: MQG) and its controlled bodies had acquired 5.14% voting power. Also, during May this year, the company announced a debt funding update. 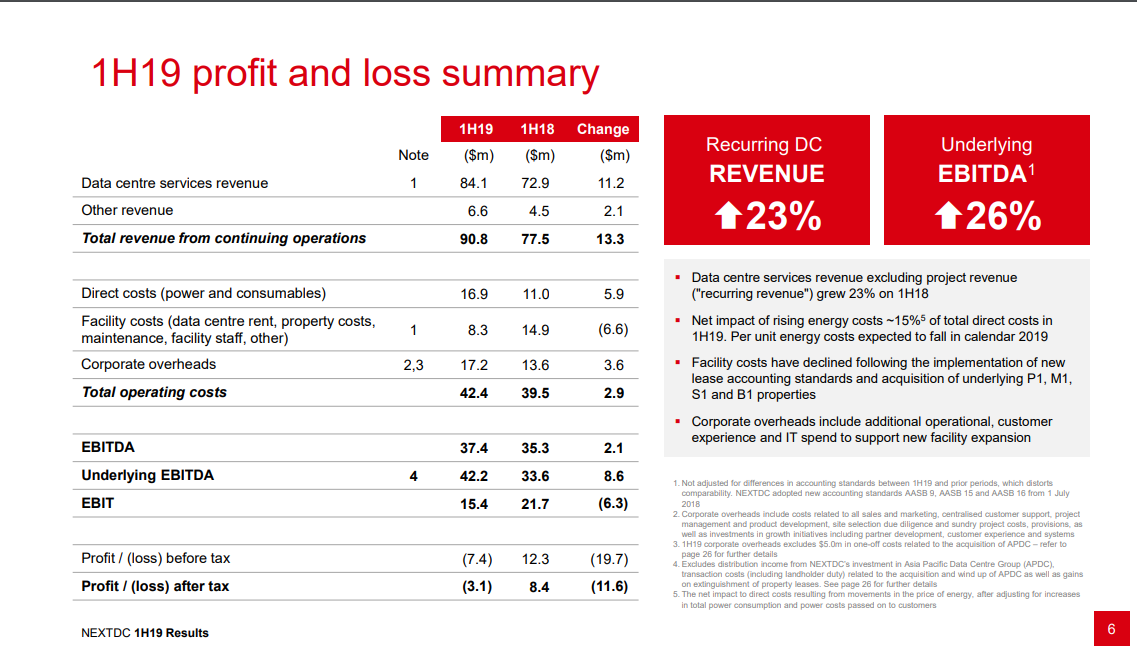 On 17 May 2019, NEXTDC announced that the company had received commitment letters regarding its existing A$300 million senior debt facilities, which would be refinanced under the agreed syndicate. It had been announced that the company would raise additional senior unsecured debt tranche of A$200 million Floating Rate Notes, which are due on 9 June 2022 (Notes IV-2).

The company intends to amend the existing debt facilities of A$300 million, and amend it with a new maturity of 30 September 2022, enhanced pricing and flexibility, a better set of financial covenants and a deeper banking syndicate.

The company also mandated NAB to arrange an extension of Notes IV by the issue of IV-2, and the pricing terms would be determined in early June, this year.

On 04 June 2019, NXT reported that the company had raised $200 million in senior unsecured debt through the extension of Notes IV.