Five Pockets of Value Investment in the US

Emerging tensions between Tehran and Washington have jittered investors in the emerging markets and other markets, which mostly import crude oil. However, on Monday, the US markets closed marginally higher with S&P 500 closing higher by 0.35 per cent and Dow Jones Industrial Average up 0.24 per cent.

Specifically, the conventional oil-rich block (OPEC) now have a lesser impact on the US compared to what it was say fifteen-year back. By September 2015, the US oil inventories reached the highest level in the last 80 years, and the economy was on the way to emerge as a self-dependent nation in terms of oil.

Increasing oil producing capability of the US have much-wider ramifications in its relationships with OPEC nations, and certainly, the country now has more leverage over the oil-rich block compared to the recent history.

Similarly, the Monday resilience in the US markets reflects its capabilities on the oil front and the favourable rising oil prices to many oil-producing giants in the country. However, oil-intensive businesses could prove to be a drag in this environment. 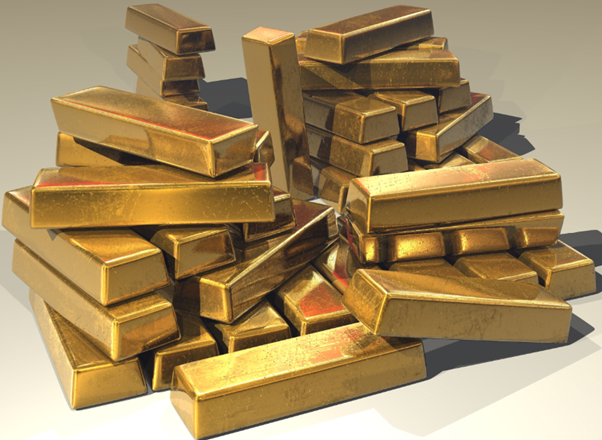 Meanwhile, the USD gold prices have surpassed the April 2013 levels, and is expected to be a safe asset. The reaction from Iran is likely to have some impact on the markets. However, a similar episode was seen in the recent past when Saudi Oil facility was attacked by a drone.

In 2019, the US market had delivered one of the most handsome gains in the decade, which had seen taper tantrum, crude-crash, de-globalisation and adverse escalations in the Sino-US trade deals.

While the US markets are sky-high for quite a time now, the opportunities in the US market appear less as compared to the offerings at the global level. Therefore, it is indeed challenging to find names that are cheaper in the US presently.

The US energy sector has still not emerged from the energy sell-offs that lasted till 2016 amid crashing crude oil prices. On 6 January 2019, the S&P 500 Energy index closed the session at 462.34 points, which was trending over 700 levels in July 2014.

The level of fall in the energy space might have bottomed out, and the companies that have successfully navigated the crude-oil crash are reminiscent of resilient business models complemented with strong management.

While the crude-oil prices have risen steadily over the past four years, the businesses in the oil and gas sector are much stronger than they were in 2014. Meanwhile, there are other options that could be considered, including pipeline companies that might have undervalued.

The sector reacts on economic uncertainties, and the sector is increasingly influenced by the sales through internet companies. As consumers turn more astute, the selling channels have been at an inflection point.

As one of the most-cyclical sectors, the sector depends on the spending capabilities of the households, and personal consumption expenditure remains a tailwind to the sector. However, the sector is in a much better position when households have more stability and freedom to spend more on items that are necessary essentials.

Therefore, financial distress among households is likely to be unfavourable for the sector. The consumer spending levels remain healthy in the US, and with rate-cuts in play, the consumer discretionary could fare better in the near-term.

Vanguard Real Estate ETF could be used as a proxy to measure the performance of the US REIT sector, and the ETF has delivered a staggering return of 30.09 per cent over the year to 3 January 2020.

Lower-interest rates are likely additional tailwinds to the sector. Meanwhile, the listed real estate markets players have done pretty well, investors should consider looking at names that had lagged in this period.

Existing premium-valuations might act as a bar for additional price gains. To counter this investors could emphasise on REITs that were out of favour among the markets in the previous year and look for sustainable business models.

With cheap money available, REITs have more room to grow their respective portfolio, and it could be the best time to tap new opportunities with lower funding costs.

The US telecom companies could prove to be high-growth companies, as 5G takes the mainstream. Presently, the companies are trading at depressed valuations with elevated yields.

Elliot Management – An activist investor, took a stake in AT&T that had helped to elevate the valuations of AT&T in the year 2019 which had started the year with pretty low valuations. Meanwhile, some of the popular names in the telecommunications space are still trading at below industry averages.

Many of the US companies are increasing their respective capabilities to improve their scalability in the 5G roll-out, while some have already launched the service in several cities. And, the companies are vying for the spectrums to roll-out 5G service that would also mean greater and more revenues.

While building a value portfolio, dividend stocks should be considered by investors to have a stream of income. Investor can look out for companies that have been cutting debts, undertaking sensible capital decisions, delivering against the promises, and most importantly, growing the earnings.

In addition, the dividend funds by some companies could provide favourable outcomes. Investors could find managers that have a history of delivering better income with steady price returns.

While the above list is not an exhaustive one, the readers could also look at other companies, which might be out of the view. However, the companies that have potential to grow their capabilities, size, business, people, customer satisfaction, and innovation are likely to emerge as winners because if growth were to be prevail in these aspects, it would translate into earnings growth.

CLICK HERE FOR YOUR FREE REPORT!
Tags:
Investment US