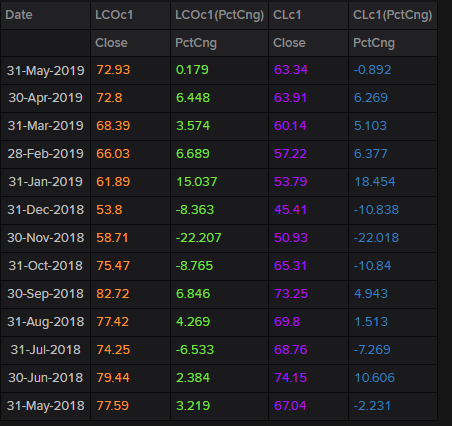 The relative gains in the crude oil prices and returns generated by the commodity is now making energy investors to look at the oil prospects to generate healthy returns. The increase in oil prices marked a fourth consecutive uprise in April, and the prices approached almost to its six months high during the month.

Price increase during the month marked a decline in global oil inventories during the first four months of the year amid voluntary production cut from OPEC and various other macro factors, which led to a heightened market perception of oil supply risk and supported the prices in the global market. The middle east angst is also pulling strings of crude oil. 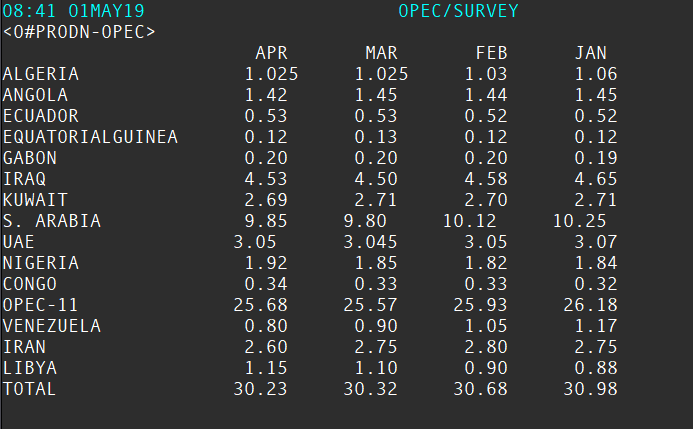 On 22nd April 2019, the United States mentioned that the waiver of 8 countries, which allows them to import Iranian oil, would not pass its deadline of 2nd May 2019, which further inched up the crude prices.

And, now the energy investors are eyeing for further forecasts to reckon the crude direction ahead. One such forecast is provided by the United States Energy Information Administration (EIA) in its recent short-term energy outlook. The forecast suggests that EIA is expecting the crude oil production and export in Iran and Venezuela to decline; although the production from other OPEC members is expected by the EIA to partially indemnify the production shortage and export decline.

However, it is also to be noted that the OPEC cartel is due to meet in July and as per the EIA estimation, the kingpin Saudi Arabia, the United Arab Emirates, Kuwait and Russia would likely to inch up the production to backfill the Iranian oil production post the monthly meeting, where pivotal decision could be taken up by the consortium over the production guidance for coming months.

The export loss from Venezuela and Iran is estimated to be the substantial reason for the projections; however, as mentioned above, production from other cartel members are expected to offset the loss partially.

In a nutshell, the energy sector is expected to get dominated by the shortage in supply and high demand of oil, however, the energy investors should keep a hawk-eye on the United States, which is strengthening its drilling capacity and acting as a significant contributor towards the crude fall time to time.