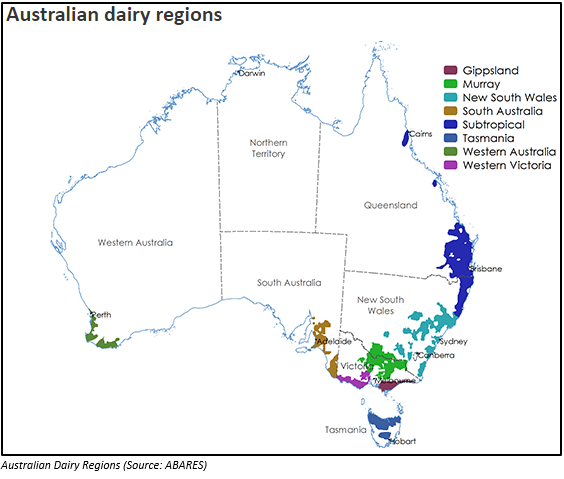 From 2000–01 to 2017–18, the total number of dairy farms in the country reported a decline of ~ 52%. Victoria accounted for most of the decline, due to a large number of farms in the region. However, the largest percentage decline was reported in Queensland.

In this article, we are discussing one consumer staples sector player that is engaged in the dairy farming business- Wattle Health Australia Limited (ASX: WHA), which aims to make the sustainable goodness of natural and organic health as well as wellness products (Australian) reasonable and broadly available to families across the globe. The company aspires to become an internationally recognised player, catering organic products with superior quality that promote health and wellness at all stages of life. 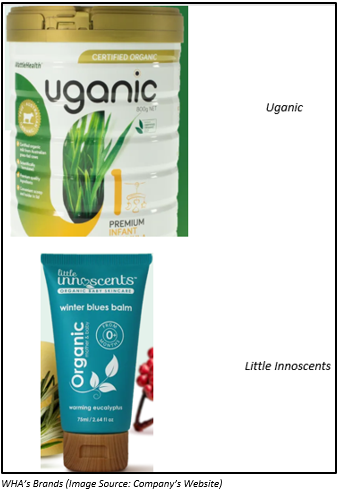 As per the agreement, the company and Nouriz will establish an equal joint venture, engaged in the production of several certified Australian organic nutritional dairy items. The products, obtained from the Corio Bay Dairy Group (CBDG), will be sold by the JV in the Chinese market. Through this JV, WHA and Nouriz will look for more opportunities to take advantage of the unique products made by CBDG.

The partners will also progress towards the formation of an Australia-based JV and use skills to execute sales and marketing strategies for a new joint brand of certified Australian organic powder products into China.

The agreement will open channels and distribution networks for WHA into China, which is the largest nutritional dairy products market in the world.

On 31 October 2019, WHA released its September 2019 quarter results for the period ended 30 September 2019. The company, during its third quarter, made significant progress towards its journey of becoming one of the leading organic dairy product suppliers in Australia.

The shares of WHA at present are under a trading halt, pending an announcement pertaining to an update with respect to the proposed acquisition of majority stake in Blend and Pack. The shares traded last on 27 September 2019 at $0.530. WHA has ~ 194.5 million outstanding shares.