The increased stance of the United States concerned the market participants over the global economic conditions, which in turn, exerted the pressure on base metal prices.

The falling dollar further contributed to the fall in base metal prices as metals are dollar-denominated in the international market. The Dollar Index, which tracks the dollar performance dropped from the level of 97.77 (Dayâs high on 18th June 2019) to the present low of 95.90 (as on 25th June 2019 2:03 PM).

Apart from the global cues and the depreciating dollar, the weak manufacturing indication in the United States exerted pressure on the base metal prices. As per the data, the Flash Manufacturing PMI released recently stood at 50.1 against the market expectation and previous level of 50.5. The decline in the manufacturing exerted pressure along with the factor mentioned above.

The falling demand and growing inventory across the LME registered warehouses exerted pressure on copper prices. As per the data, the inventory stocks along the LME registered warehouses grew from the level of 187700 (as on 23rd May 2019) to the level of 246050 (as on 25th June), which in turn, marked a gain of more than 31 per cent in just 30-days.

The sharp increase in the inventory level exerted pressure on copper prices, and the prices dropped on the London Metal Exchange and in the international market as well.

On the demand front, the geopolitical tensions between the United States and Iran are creating a possibility of war, which, in turn, is generating pessimism among the global investors and exerting pressure on copper prices. 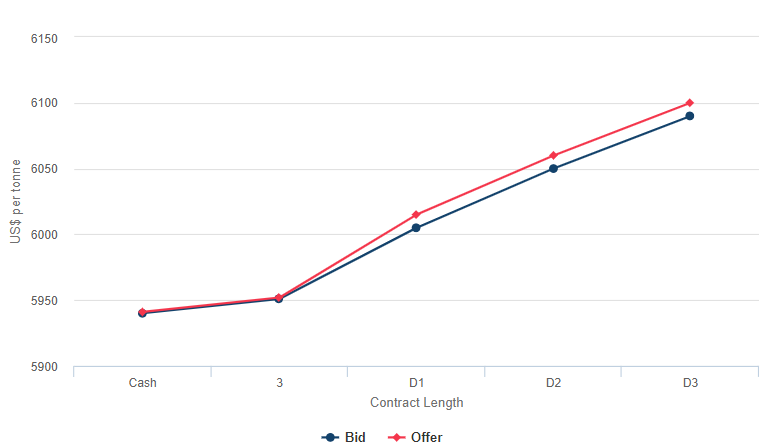 On the forward curve, the copper prices are showing an upward curve for now, with a Bid-to-Ask Spread of US$10, which in turn, further suggests that the copper supply is still dominating the market.

The lower consumption indemnified the production decline, which in turn, increased the copper inventories across LME registered and non-registered warehouses.

Apart from the decline on the London Metal Exchange-registered warehouses, Aluminum inventory declined in China as well. As per the data, the social primary aluminium across eight significant consumption regions in China dropped by 20,000 metric tonnes to stand at 1.061 million metric tonnes on 24th June 2019 from 20th June 2019.

The decline in aluminium stockpiles is supporting the aluminium prices in the international market. 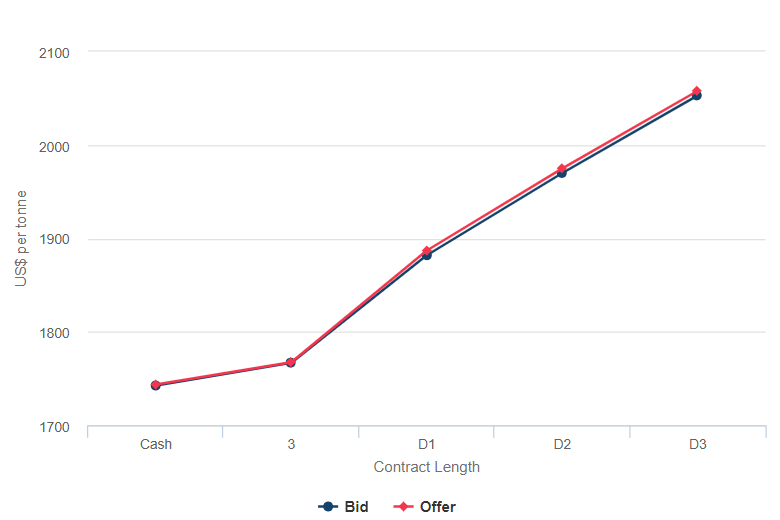 The future closing price curve of aluminium on the London Metal Exchange is upward sloping with a very slight gap between the bid and the ask price, which in turn, signifies that the demand of the commodity is high.

China is gradually shifting its automobile industry towards the light-weight materials to meet the stringent emission norms, which in turn, is expected (by the market participants) to support the Aluminium prices. As per the data, the automobile industry in China consumed 3.9 million tonnes of aluminium in 2017, up by 8 per cent as compared to the previous year and is further forecasted by many aluminium study groups to inch up over the long-term.