Cloud computing is a technology in which different services are provided via the internet. These resources comprise of tools and applications such as data storage, databases, servers, networking as well as software.

Keeping files on the local device calls for a lot of system memory space. Thus, reducing the efficiency of the system in terms of speed, performance and most importantly, the safety of the data.

These factors are being crucial for any firm/individual and can be overcome through cloud computing. All the data is found in a virtual space and can be accessed from the virtual space with an internet connection.

The basic types of cloud computing comprise of:

rhipe Limited (ASX: RHP), one of the leading cloud computing companies in the APAC region. On 5 August 2019, RHP announced that it had signed a binding legal agreements for the complete acquisition of the share capital of Network2Share Pty Limited, which is an Australia based security software company which has developed user-friendly encryption product (âSmartEncryptâ).

With the acquisition of Network2Share Pty Limited, the company has plans to combine âSmartEncryptâ with Microsoft Office365, Microsoft Azure, and other vendor software licenses. Through SmartEncrypt, the user would be able to encrypt files and documents on-masse with the aid of simple-to-handle encryption keys. It implies that in case of any breach in the network via an unauthorised user, the file which they obtain will be of no use and would be unreadable.

Further, this purchase would provide the company with new and unique Intellectual Property that would be solely available in the APAC region through RHPâs PRISM. The resellers would be able to use PRISM to sell, deliver and bill their customers for SmartEncrypt along with other PRISM-features. 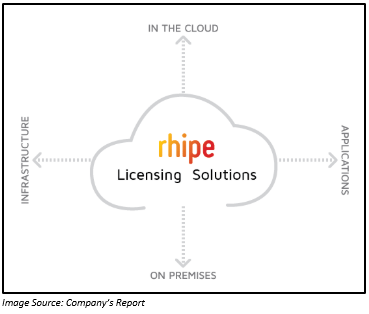 The acquisition is presently pre-revenue, upfront consideration payable is limited to $2m in cash, which would support the owners to make repayment of the debt that was built as a result of building the SmartEncrypt product. The remaining amount will be paid in three tranches, each of $1 million which is payable after the sale of monthly licenses of 10,000, 20,000 and 40,000 respectively. Once the monthly licence count reaches 40,000, the payment of $5 million would be made. These additional tranches would be paid both in cash as well as ordinary equity shares of RHP worth ~ $1.25 million.

Apart from the $5 million consideration, the vendors of the product, SmartEncrypt are entitled to receiving further deferred consideration contingent in case of achieving the monthly licensing revenue target above direct cost incurred in the development as well as the marketing process of SmartEncrypt. The earn-out terms come with a five years expiry.

The company does not intend to change its earlier announced operating profit guidance of $16 million for the financial year 2020.

The company follows a three-phase âEnable, Expand, Scaleâ strategy, and currently, the company is in the Expand phase. During the Q4 FY2019, the business had made progress in the below mentioned operational milestones. 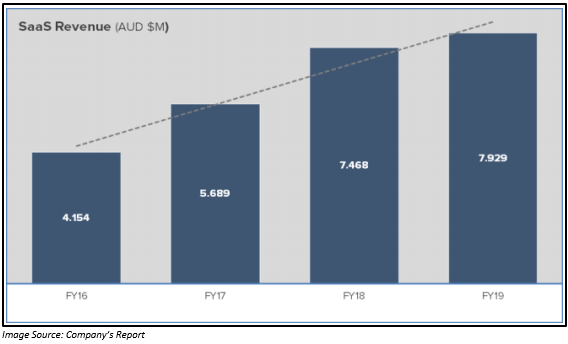 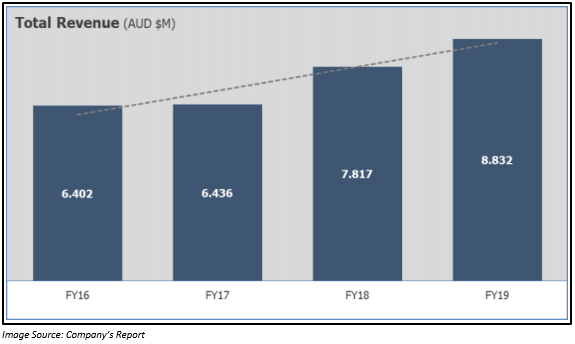 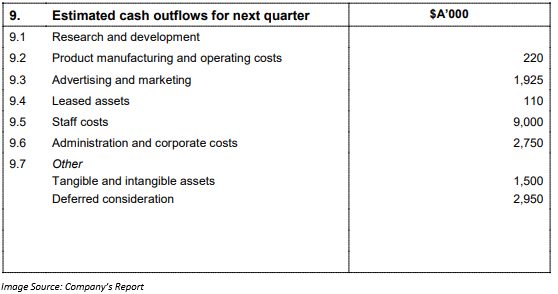 Commenting on the performance of the company, the CEO, Danny Lessem stated that the company is witnessing positive traction in the lower mid- market with the new modules that have been integrated into the companyâs product offering over the year. He further highlighted that the company is focussed on investing in client services, sales and marketing and R&D to enable innovation and increase customer base.

On 9 August 2019, Online automotive advertising company, Carsales.com Limited (ASX: CAR) released an announcement related to the notice of initial substantial holder. Yarra Funds Management Limited, became a substantial holder, with interest in 12,274,081 shares of the company having the voting power of 5.0232%. 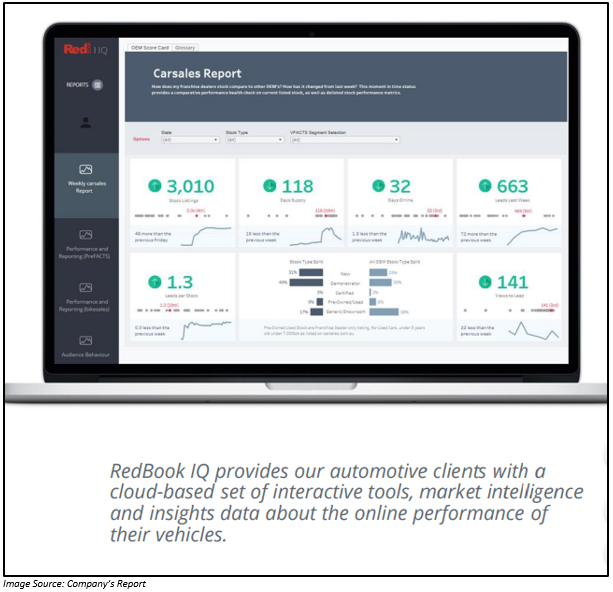 Recently, on 13 June 2019, the company released an announcement related to Strategic Review of Stratton followed by FY2019 results update.

ReadCloud Limited (ASX: RCL), one of the leading provider of software solutions which includes eBooks, to schools within Australia, provided notice under Section 708A(5)(e) of the Corporations Act 2001 (Cth) (Corporation Act).

The company confirmed that it had issued 5,555,556 fully paid ordinary shares at an issue price of A$0.36 per share to new as well as existing institutional and sophisticated investor. The shares were issued without disclosure to investors under part 6D.2 of the Corporations Act.

On 31 July 2019, the company received commitments from the institutional and sophisticated investors for a single tranche Placement for raising an amount worth $2 million before cost against which the company was supposed to issue ~ 5.6 million new fully paid ordinary shares. The funds raised through this placement would be used for supporting the marketing and system development in Vocational Education and Training (âVETâ) sector. 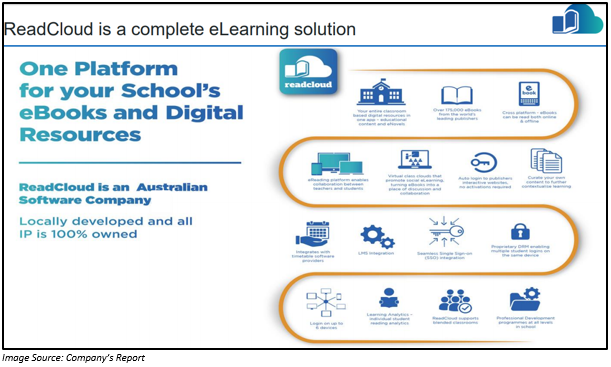