âSometimes when you innovate, you make mistakes. It is best to admit them quickly, and get on with improving your other innovationsâ- Steve Jobs

Dominating headlines since a long time, Apple Inc. is an instrumental player in the famous FAANG group. The multinational technology entity of America is based in California and is into the transaction of consumer electronics, computer services and so forth.

Apple is one of the largest publicly traded companies in the world and has built its success upon a steady consumer appetite for buying every iteration of the companyâs latest and greatest product.

With the launch of iPhone 11, iPhone Pro, Apple Watch series 5, Apple card, the new iPad and the most recent AirPods Pro, the company has been gaining consumer and media attention of late. 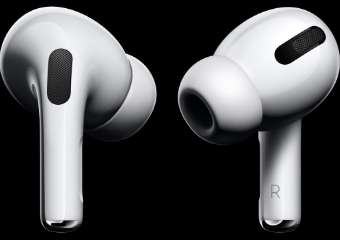 The Apple iOS 13 was released in September 2019 and announced on 29 October 2019, the latest version (iOS 13.2) is live, which refocus the companyâs attention on new features rather than correcting problems and is available to download on compatible iPhones, with iPadOS 13.2 for suitable iPads. It introduces Deep Fusion, a system for the wide and telephoto lenses on the latest iPhones, designed for a particular lighting condition.

Besides this, the Research app let users volunteer to participate in medical research. The company is also adding a bunch of emoji to its devices that are anticipated to become heavily used staples. Another new addition is Siri, Appleâs intelligent assistant, who can read messages through wireless earbuds without the need for the user to even touch the iPhone or Watch. AirPlay Handoff and HomePod Handoff are other features, which have caught the consumers eye, worldwide.

People around the world are waiting for the launch of the Apple TV+ (streaming platform) in the beginning of November 2019. The platform would allow viewers to see original big-budget programs and additional programs are likely to premiere in the following months.

Appleâs brand has been leading the industrial design and usability for decades, as it continues to drive markets. Market experts consider the company to be the number one innovative company in the world.

Apple has had a quieter go-to-market approach since Tim Cook took over, who is believed to be relatively grounded when it comes to extravagant product announcements, unlike the flashy media events and elaborate PR antics- events, which the company pioneered when Steve Jobs delivered his legendary keynotes and product presentations.

But is this quiet approach a reflection of the companyâs more ambitious goals and evolving approach to innovation? Letâs decipher by browsing through Appleâs product innovation stance and strategic moves:

What Do the Experts Say?

The common brand recognition and the popularity of its devices among people across the world have always worked in favour of Apple. However, critics have pointed out the lack of content in Apple in dynamic times where competition has caught up to Apple in many ways.

Talking of competition, Microsoftâs Windows 10 operating system (MacOS rival), Alexa and Hey Google (voice assistantsâ versions like Siri) and Dell, Lenovo and HP (compelling hardware players) offer likewise services like Apple. Samsung and Huawei are not far from joining this bandwagon as they pave towards material innovation with foldable smartphones.

Recently, the decline in the sale of iPhones spread like wildfire in the market. However, Apple, the efficient tech player that it is, has been consistently ramping its services play and upped its game in the sophistication of its services by moving beyond music and iCloud to tap the content, finance and healthcare market.

On another good side, Apple offers some of the best privacy controls in the industry in the contemporary era and recently, offered a new single sign-on service that allows consumers to sign in with their Apple ID. The company also has ways to protect consumersâ privacy with third-party app developers.

Even though the iPhones remain to be the companyâs main trophy, the Apple TV and HomePod have received multi-user support that enables these devices to recognise and personalise menus and content for each household member.

With the watchOS launch, the company has taken a much-needed step to solidify developerâs interest.

Where Should Appleâs Focus Remain?

Trade tensions, dropping sales, impact of regulation, slow growth in developing markets have been dangling issues surrounding Apple. Industry experts believe that the company needs to be wary about the following to benefit from its innovative product stance and strategic moves:

It is a fact that innovation is a success key in these competitive times, without which survival of any technology driven company is a charade. So, can Apple benefit from product innovation and strategic moves? Time would tell and the world would wait!