Bitcoin and other cryptocurrencies, along with various dimensions of the budding blockchain technology, have showcased that they are catalysts to develop oneâs business. A business can completely transform the functionality and structure of its financial services using these tools and methodologies. The technology is booming in the financial space, as it is perhaps one of the most secured and trusted technology, in terms of data protection.

Let us now understand what Blockchain technology is:

Projected forward by Stuart Haber and W. Scott Stornetta in 1991, the simplest method to understand the blockchain technology is splitting the name into two parts- block and chain. The technology, hence, is a mere chain of blocks, which gets built up to form a string together, with each block enacting as a warehouse of digital information, which is eventually stacked at a public database.

To have digital information added to the blockchain, the occurrence of the following events is a mandate:

From the above, it can be deciphered that the aim of blockchain technology is to record and distribute digital information. The technology attracted users after Bitcoin was launched in 2019, based on the crux of blockchain.

The blockchain economy is on a fast pace to become the fastest growing sector on a global level. With the numerous business opportunities and technological inclination in Australia, there is a huge potential to either amend existing business models or create new and innovative ones.

In the blockchain era with global participants, Australia had had Initial Coin Offerings since 2016 with Australian Securities Exchange being the worldâs first major trade platform to announce its adoption. The distributed ledger technology platform was created to record, manage, clear and settle share transactions. In 2017, the Commonwealth Bank of Australia (ASX: CBA) issued the countryâs first ever crypto bond, which made it the first government body of the world to have done so. Last year, in 2018, Australiaâs Brisbane Airport was recognised as the worldâs first crypto-friendly airport.

Presently, banking sectors, government bodies, educational institutions and a diverse range of companies, in the retail, healthcare and other sectors, are using blockchain technology to improve their efficiency and transparency.

Let us look at a few companies that are part of the Blockchain revolution in the Aussie land:

Interestingly in Australia, the inclination of banks towards the blockchain technology has been increasing. In 2017, two major banks- the Australia and New Zealand Banking Group Limited (ASX: ANZ) and Westpac Banking Corporation (ASX: WBC ) collaborated with IBM and Scentre Group (ASX: SCG) to take the digital route in their processes. A distributed ledger technology was used to replace paperwork, with the aim to detect fraudulent activities and ensure security and efficiency.

In the light of this background, let us now look at the three stocks listed on the Australian Securities Exchange, which have inculcated the blockchain technology in their processes and activities:

A global developer with the aim to leverage brands, gamification, artificial intelligence, mobile technology and blockchain, AB1 creates engaging applications right from games to the ones providing fitness solutions. The company has two major mediums to generate revenue- the first through the payments of customers who pay for the virtual services provided by a game, and secondly, when AB1 sells in-game advertising across its gaming networks. Listed on ASX in 2007, the companyâs registered office is in Sydney. 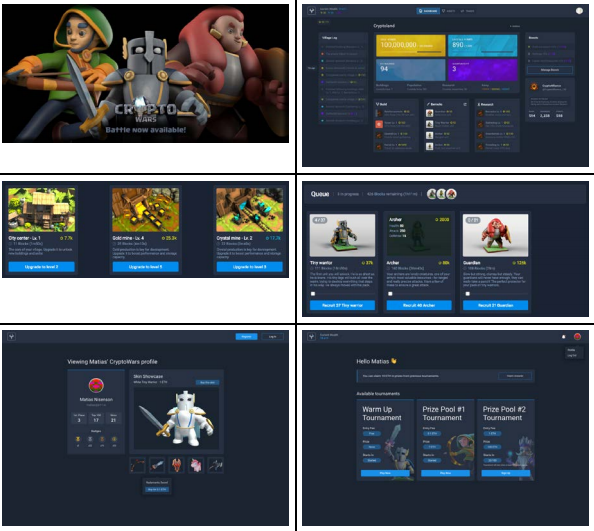 On 27 June 2019, the company announced that it had entered into an agreement for the acquisition of Gamma Innovations Inc. through its subsidiary, Animoca Brands Limited, with the goal to expand its customer base and leverage the distributed computing power. The Acquisition price is US$350,000 for 3 years.

Gamma is presently developing the GammaNow computing engine, to help users in taking advantage of their computersâ idle processing power, generate Gamma points and acquire in-game rewards for their preferred games. Gamma recently signed up with Razer, a lifestyle brand for gamers, to develop âRazer SoftMinerâ, a mining software, to mine for ethereum using the computersâ idle processing power.

With AB1âs recent agreement, the company can build a commercial relationship with Razer.

In April this year, the company had entered into an agreement with Experimental Group Ltd., a blockchain gaming studio, to take part in the latterâs seed round of funding, while both the brands market and promote each other to their respective platforms and networks of partners. The company would also be the advisor for Experimental Group to tap the Asian markets.

The company would lodge its Quarterly Cash Flow Report on 31 July.

With over 10 years of in-house digital experience, CM8 is a global media and market company which creates influencer and performance marketing solutions for its clients. It provides custom-made and technologically advanced strategies for businesses and help users achieve their marketing goals. The companyâs core solutions include innovation labs, influencer marketing, performance marketing and creative services. Listed on ASX in 1999, the company has its registered office in Cremorne, Australia.

In mid of April, the company had stated that the board, senior management team and an external investment bank would embark a strategic review of all aspects of the business and furnish details in due time. The core objective of this review was said to be the enhancement of shareholder value and return the company to the phase of profitability.

On the same day, on 15 April 2019, the company informed that it had completed its Debt Refinancing with BillFront Ltd, the debt facility of which would be used towards the redemption of the JGB loan in materially improved terms.

On 7 June 2019, the company provided an update on the completion of the strategic review and stated that a series of cost-cutting measures had been undertaken, to get the company back on track of profitability and this had resulted in an estimated cost saving of around $3.5 million, on an annual basis.

Considering the present trade positioning of the company, CM8 believes that its EBITDA and operating cashflow would be consistent and positive from 1 July 2019. Additionally, to the cost-cutting measures, the company had reduced $1.4m in annualised costs which related to the redundancy. There had been a 50 per cent reduction at the middle and senior levels management levels. To fund these redundancies, the company had secured a Convertible Note (to raise A$0.75 million) to fund the employee exits and also deliver working capital to fund future initiatives.

Moving a step ahead with the cost-cutting measures, the company had proposed a restructuring of the remuneration provided to the CEO and Board. The CEO had agreed to accept 50 per cent of the salary in Crowd Media shares, replacing the cash for FY20. The Chairman and Board would have this move for 25 per cent of their fees.

Below is an extract of the companyâs H1 2019 Financial Results: