The S&P/ASX 200 Index is trading at 6,027 as on 2 July 2020, up 1.57%. The index had been under tremendous pressure in the past few months. In the past 3 months the index has delivered a return of over 16%. In this time period the market has witnessed the plunge in oil prices to historic low prices, with the crude oil derivative trading in the negative territory in mid-April. In the past 3 months tge index had over come the wall of worries and delivered 16% returns. Let us have a look at 5 stocks that have delivered positive returns during the same time period.

Trading Update June 2020: On 22 June 2020, the Group announced that it would be paying a distribution totalling 16.0 cents per stapled security, without franking credits, for the six months ending 30 June 2020, from the Transurban Holding Trust and controlled entities. This would take the Group’s total FY20 distribution to 47.0 cents per stapled security, of which 2.0 cents is fully franked.

The Group also reported that the traffic recovery has been progressive as Australian markets are improving significantly from peak impacts in April 2020, although with rate of restrictions removal differs across markets. The GWA Express Lanes traffic is recovering slowly due to sever government restrictions in the Greater Washington Area. Tolls have been reapplied on A25 from 25 May 2020, having been suspended since 25 March 2020.

To date, over $ 3.5 million of toll credits have been granted to Transurban Group through program focused on supporting frontline workers and others adversely impacted through the coronavirus pandemic. The Group remains focussed on providing financial support to those customers experiencing financial hardship due to COVID-19.

Steadfast Group, established in 1996, is the largest general insurance broker network and group of underwriting agencies providing products and services to 475 insurance broker businesses across Australia, New Zealand and Asia.

Trading Update: The Group announced on 22 June 2020 that that its FY20 EBITA remains in line with pre COVID-19 expectations for the eleven months ending May 2020, when the Group witnessed continuation of premium rate increases from insurers and some small volume reductions across its broker network, offset by expense savings. The Underwriting Agencies delivered a strong performance generating organic and EBITA growth as well as robust working capital, with unutilised corporate debt facility worth c$ 180-million.

Austal is a globally renowned and reputed shipbuilder and defence prime contractor engaged in designing, constructing, and sustaining some of the most advanced commercial and defence vessels in the world.

Recently, on 22 June 2020, the Company announced that the United States Government, Department of Defense (DoD), in support of U.S. Navy Shipbuilding Industrial Base, has signed a USD 50 million Defense Production Act Title III Agreement (DPA Agreement) with Austal USA. The agreement with Austal USA has been executed by DoD as a part of national response to COVID-19 to ensure maintenance, protection, and expansion of critical domestic shipbuilding and maintenance capacity in the country.

Within the scope of the agreement, Austal plans to direct the funds toward development of additional capacity for steel naval vessel construction at the Mobile shipyard and it likely that its investment in the same would match the DPA Agreement funding, taking the total investment to ~USD 100 million. These investments are expected to generate long-term benefits for U.S. Navy shipbuilding and also expedite pandemic recovery in the Gulf Coast. 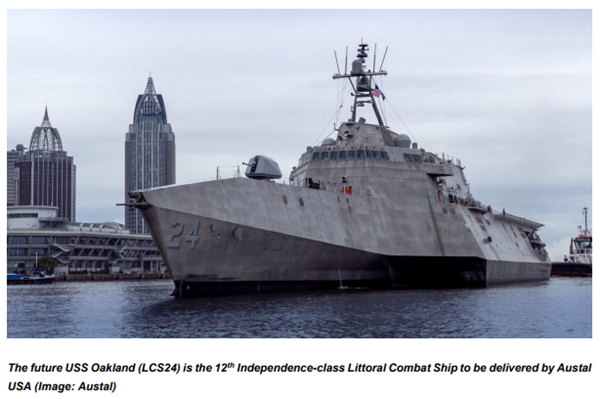 On 29 June 2020, the company announced that it delivered 12th Independence-class Littoral Combat Ship (LCS) to the U.S. Navy.

Northern Star Resources is a large cap ASX listed entity. It is an Australian gold producer.

Project Divestment: On 22 June 2020, the Company announced divestment of its Mt Olympus Project comprising most of the Ashburton Project in Western Australia to Kalamazoo Resources Limited (ASX: KZR) for a deferred contingent cash consideration of AUD 17.5 million.

Northern Star Executive Chair Bill Beament commented on the development stating that the project no longer is a fit to its existing portfolio but still boasts of a strong potential in terms of both exploration and production. Besides, the royalty structure has been formulated in a way that would enable Northern Star to retain an exposure to the Ashburton Project.

The reduction in the estimated 2H20 distribution against the original guidance of 14.1 cents per Ordinary Stapled Security is due to the ongoing slowdown caused by COVID-19 on the business during the last quarter of the financial year and the timing of the expected recovery of operational cashflow remains uncertain.

Nevertheless, the company has a strong liquidity position with ~$ 1.6 billion at 30 April 2020. Further, on 22 June 2020, the company announced that Mr. Mark Steinert’s intends to retire as the company’s CEO and MD, after over seven years at the realm.