ASX-listed oil and gas stocks are gaining momentum in the market over the east coast gas crisis, and the fundamental shift in energy generation method from coal to gas. However, global oil & gas stocks are not as lucky as ASX oil and gas stocks over the natural gas supply glut due to large production from the United States in lieu of cold weather in the northern hemisphere.

The shortage in gas across Australia is largely over the higher exports from the LNG industry, which is now under check by various local governments. Various measures have been implemented by the local governments to address the shortage including capping on the LNG exports; however, at the moment nothing seems to be working out, and the prices of LNG is booming in the market.

The increase in LNG prices coupled with a commitment to reduce the carbon footprints by Australia is now prompting the states to fundamentally shift towards renewable energy, which is now somewhat getting closer to the tag of clean and affordable energy.

The coal-fired power generation stations are coming near to retirement and gas, the best viable alternative considering the infrastructure is expensive, so now the question arises, how Australia is getting ready for the future energy needs?

The answer to the question is via shifting towards the renewable energy-which thanks to the technological advancement, is now getting affordable for the households and businesses, evident by the higher number of rooftop photovoltaic panels across the households and many commercial buildings across the continent.

The Australian Energy Market Operator (or AEMO) recently presented the future energy plans, and clearly mentioned that the Distributed Energy Resources (or DEM) and Variable Renewable Energy (VRE) are the future of energy generation across the national electricity market.

Well, the anticipation by the electricity market operator seems to be hitting the bull’s eye, and distributed energy resources and variable renewable energy are witnessing fast-track adoption, especially across the east coast.

The Queensland Labor government announced yesterday that it is fast-tracking the approval process for a proposed large scale $2 billion wind-farm project in the Wide Bay region, and reflected gratitude towards the Palaszczuk Government, which intends the renewable energy to account for 50 per cent of the overall energy generation by 2030.

Energy Minister of Queensland- Anthony Lynham said that the state would reach 20 per cent renewable energy by next year, which is further expected to create renewable investment jobs.

The wind farm, which would generate about 1200 megawatts of energy to power over 550,000 homes in Queensland, would become one of the largest grid-connected wind farm across the southern hemisphere.

The project could further fan the installed power generation capacity in Queensland by approx. 9 per cent and would now pave way for the comprehensive assessment stage, which will consider the development application assessment.

Mr Dick also mentioned that the wind farm would be located between Gympie and Maryborough, i.e., within the state forest, to co-exist with established southern pine timber plantations; and,

A joint venture between CleanSight- a Queensland-based renewables firm and Siemens Financial Services- Forest Wind Holdings, has proposed to locate up to 226 wind turbines across the sites.

When combined with other wind projects across the state, the wind energy project would reflect 12 per cent of the state’s installed generation capacity; and, the Palaszczuk Labor Government believes that this would be an excellent example of private enterprise thinking outside the box to boost renewable energy generation in across the state.

Forest Wind Holdings (the Joint Venture) has already confirmed the construction of the wind farm during the fourth quarter of the year 2020, subject to receiving all relevant approvals, which seems to be a cake-wake for the JV as the Palaszczuk Government looks enthusiastic to facilitate the long-term access and operation of the wind farm.

Headwinds for the ASX Oil and Gas Explorers

The wind and gas generation negatively correlates, which means a higher wind capacity could impact the demand for gas in energy generation, and while this could happen the strong interconnection between the national electricity market regions in the future, as anticipated by AEMO, would further reduce the dependency on gas for energy generation-even during wind droughts.

However, for now, the higher requirement of gas, particularly at the east coast is enough to support the ASX-listed oil & gas stocks; and apart from that, the reaching deadline of Renewable Energy Target (i.e., 2020) is also supportive for the oil & gas stocks.

The Government in Australia is in oblivion, and there is no potential Renewable Energy Target beyond 2020, the impact of which could be literally seen on the investment in renewable energy projects. 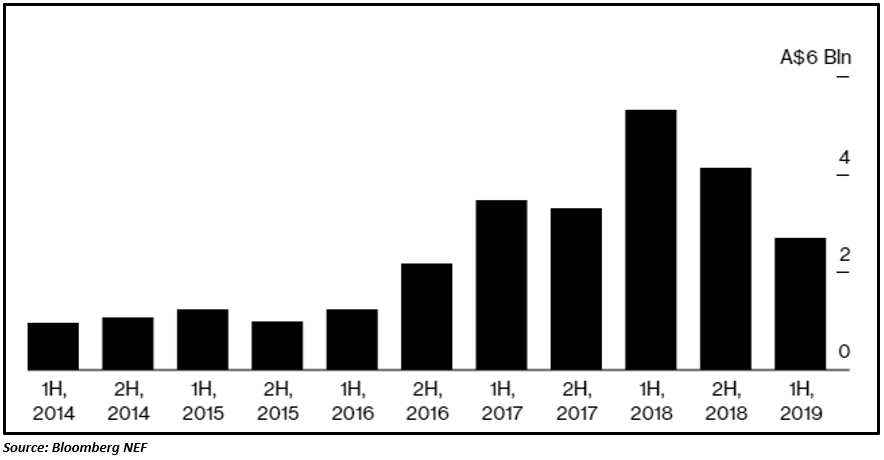 While the renewable energy investment is slow, and energy demand is on the surge over the coming peak summers, many ASX oil & gas exploration companies are coming into the limelight for their efforts to address the east coast gas crisis.

Many ASX explorers are securing gas sales contract, which would provide them with a steady ride over the short-term. However, the ASX oil & gas explorers could face headwinds from the fundamental shift in the market to turn towards the renewable energy source in the wake of Accord de Paris.