Australia is one of the healthy and strong economies across the globe. The country has three major stock exchanges, namely: the Asia-Pacific Stock Exchange, the Australian Securities Exchange Group and the National Stock Exchange of Australia. The stock market in Australia has developed in terms of the market cap, listed companies, volume and value of stock traded and the turnover ratio.

Numerous growing and successful private entities contemplate listing on the Australian Securities Exchange via Initial Public Offerings (IPOs) at some stage in their development cycle to grab new opportunities and expand different verticals of the business by raising funds through various instruments available. The year 2019, witnessed a lot of acquisitions and merger activities, since Australian dollar was softer than before, enticing a lot of foreign investors, as well as the private equity funds cashing up, post growing billions of dollars during the last few years. 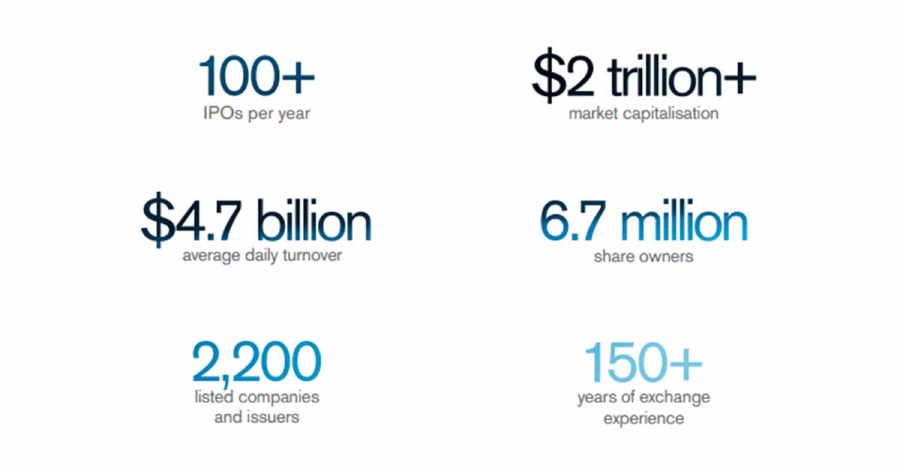 In the last one-month period, some of the stocks on ASX â MTC, IGN, OKU, SM8, VTI have provided a better return when compared to others.

MetalsTech Limited is involved with activities like acquiring, exploring and developing lithium projects in Canadian region.

On 20 November 2019, the company notified that it has inked an option agreement with Arc Minerals Ltd and Ortac s.r.o to acquire 100 per cent stake in the Sturec Gold Project in Slovakia region. As per the option, MetalsTech has forty-five business days to conclude technical, legal and financial investigation on the project under discussion.

The company has already concluded a substantial amount of desktop technical due diligence on the project. As a part of the transaction, it is also suggested that MTC issue (subject to the receipt of the prior shareholder approval) to approximately 20,000,000 performance rights among directors of the company and Company Secretary as a facilitation fee for the introduction of the project to MTC.

The companyâs financial performance can be read here.

Ignite is re-imagining talent services, providing specialist recruitment, on-demand talent and outsourced people services designed to ignite potential in this new world. The company has been connecting people with talent services for more than 34 years now and is one of the most established and leading recruitment agencies in Australia. Ignite has more than 120 employees working in 5 cities across Australia and makes sure to determine the best employee and employer connection.

The company announced the results of the Annual General Meeting conducted on 19 November 2019, the resolutions which were passed during AGM were as follows:

Recently, on 18 November 2019, the company updated the market that its wholly-owned Hong Kong subsidiary Lloyd Morgan Limited has agreed to sell 100 per cent of Lloyd Morgan Hong Kong Limited, which in turn owns 89 per cent of its China business, Lloyd Morgan China Limited (LMC), to the current China Chief Executive Officer (CEO) of LMC.

Oklo Resources Limited is an Australian Securities Exchange listed company with offices in Australia and Mali, West Africa. OKU is an exploration company with gold and phosphate projects in Africa. The companyâs management is a blend of technical and financial management skills from metals and mining sector.

Spectacular intersection of 47m at 10.97g/t Gold from Extensive Drilling at Seko

On 20 November 2019, OKU updated the market with the impressive start from Okloâs 10,000m resource drilling program at Seko within its Dandoko Project in west Mali. The program consisting of reverse circulation, diamond core and aircore is the precursor to a maiden Mineral Resource estimate has been planned to be concluded by the initial part of Q2 2020 period.

Also, aircore part of the drilling program aiming at oxide mineralisation has been concluded and the second drill rig is anticipated on site in late November to commence deeper reverse circulation and diamond drilling ahead of an initial Mineral Resource estimate has been planned to be concluded in the beginning of Q2 2020 period. 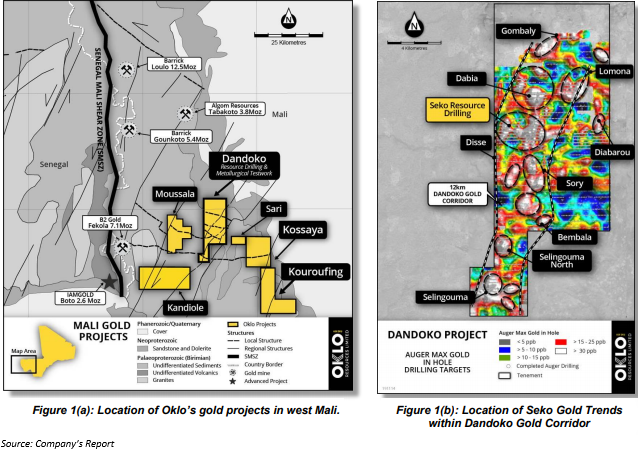 Smart Marine Systems Limited, founded in 2011, is a marine technology solutions company based in Western Australia. The company has created, and commercialised award-winning patented marine products and services.

On 31 October 2019, the company provided its activities report for the three months period ended 30 September 2019. Key highlights of the results are as below:

Visioneering Technologies, Inc is a provider of Ophthalmic devices. The company was founded in 2008 and headquartered in Atlanta, Georgia. It is a medical device entity that is into manufacturing, selling and distribution of contact lenses.

On 19 November 2019, VTI updated the market that The U.S. Food and Drug Administration (FDA) has granted approval for CooperVisionâs MiSight contact lens on 18 November 2019, which would delay the development of near sightedness in kids. The registration was granted to CooperVisionâs MiSightÂ® 1 - day contact lens. MiSight is available in distance powers around -6.00 diopters.