Alternative energy sources such as, nuclear-fired power plants and renewable sources, are again gaining the traction amidst the oil volatility, which could be beneficial for the ASX-listed alternative energy generation source suppliers.

Crude oil markets around the globe have shown erratic movement until recently amid global cues. Recently, the newly elected oil and energy minister of the oil kingpin Saudi Arabia- Price Abdulaziz bin Salman decided to stick to the unprecedented production curb guidance of 1.2 per cent of the global demand.

OPEC and Russia decided to curb the output to support the oil prices in the international market, and the newly appointed energy minister of Saudi is keen to stick to the plan.

However, the United States President Donald Trump recent indication towards easing the Iranian ban has again caused the oil to take a jab, which in turn, is now prompting energy investors to look for more stable or less volatile alternative energy resources.

Japan has recently witnessed the emergence of the nuclear reactors post a massive shut down after the 2011 Fukushima accident.

In 2018, Japan restarted five nuclear power reactors, and also witnessed an increase in the share of nuclear-powered energy.

As per the data, Japan is now operating nine nuclear reactors with a total energy generation of 8.7 gigawatts (untill March 2019).

To Know More, Do Read: How Would the Coal Demand Dilemma Shape the Australian Coal Industry Ahead?

The global economies are more concerned these days over the carbon exposure, and the global transition towards zero-emission is making the countries selective.

The nuclear power is growing across the globe amid its extremely low-carbon emitting nature against other major energy generation sources. 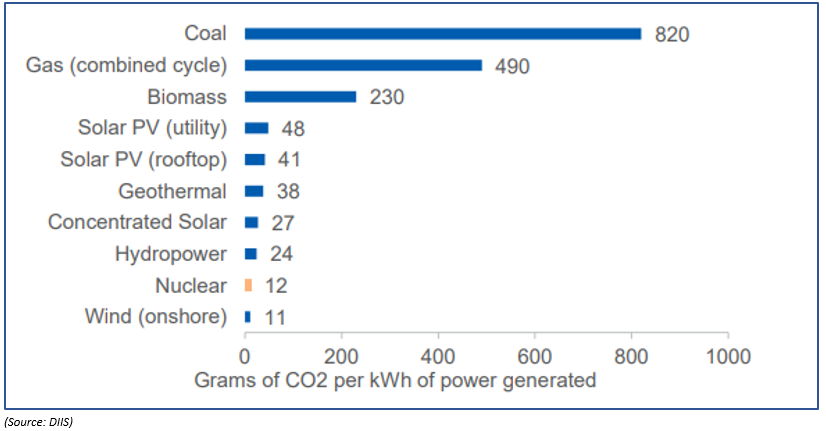 China witnessed a rapid nuclear power rollout and came to dominate the global nuclear reactor construction and hold the third number in the nuclear energy generation in 2018, by producing over ~250 terawatts per hour of energy from nuclear reactors.

The nuclear reactor construction rate in China marked a slight decline recently; however, the proposed plant numbers are still high. Substantial investment in China led to improved technology and expertise, which in turn, prompted other countries to take-up the technology.

A number of countries are now engaged in the rapid development of nuclear power plants amid improved technology to prevents precedented events like Fukushima and Chernobyl. 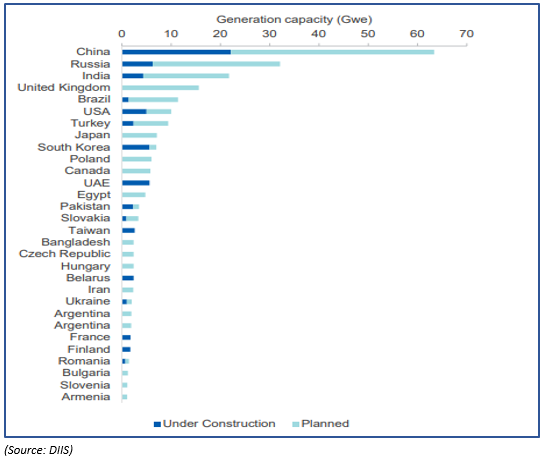 The United States Energy Information Administration (or EIA) forecasted in its September 2019 outlook that the nuclear share of U.S. generation would be around 20 per cent in 2019 and in 2020.

While the nuclear power plants are spreading rapidly on a global scale and are also estimated to expand further, it is important to keep an eye on the uranium suppliers as uranium is one of the main sources of fuel used in a nuclear reactor.

ERA is the operator of the Ranger Uranium Mine, and the mine is set for a closure at the beginning of the year 2021, which in turn, could reduce the Australian uranium supply.

For Updates on the Previous Progress, Do Read: Australia Anticipates lower Uranium Exports; ERA Climbs 15% for the Month

Post confirming the approval and implementation of the closure feasibility study for the rehabilitation of the Ranger Project Area, ERA announced that the company and Rio Tinto (ASX: RIO) continue to engage in active discussions for the funding solution.

Following an extensive discussion, Rio decided to provide the financial support to ERA only via a renounceable entitlement offer. Subject to offer terms, Rio would take actions such as:

Australia and the Renewable Energy Sector

While the nuclear energy generation capacity is inching up globally. Meanwhile, the renewable energy sector is taking strong roots in Australia.

Australia looks to pass the 25GWh of wind and solar energy at the beginning of the year 2020, matching Germany and Denmark.

The renewable offtakes agreement in Australia are also rising, and recently, the supermarket mammoth- Coles entered a power purchase agreement (or PPA) from 3 solar farms. Likewise, Molycop also signed a PPA with an energy retailer- Flow Power for meeting its long-term energy requirements.

To Know More, Do Read: Staggering Leap of Renewable Energy; Latest with Energy and Resource Sector Players in Australia

Over the growing share of renewable energy in the Australian market and optimistic Morrison government, the home-grown start-up RedEarth Energy Storage locked $4.75 million in Series A funding from the government and other institutional investors.

In a nutshell, the global oil volatility and transition of the global economy towards zero-emission are shifting the global economies toward the low-carbon footprint resources, which in turn, could support the ASX-listed alternative energy source suppliers.

In FY2018, Infigen added 113 megawatts of new owned capacity in New South Wales (or NSW) amidst the completion of the Bodangora Wind Farm. The company also added 31 megawatts of contracted renewable capacity in Victoria after sourcing first renewable energy volumes for the Kiata Wind Farm.

Genex, who is engaged in the development of the Kidston Renewable Energy Hub in Queensland, recently, it received a funding opportunity for its Kidston Stage 2 Pumped Storage hydro project of up to $610 million.