Trump administration officials have recommended that the United States energy regulators should have the ability to block imports of nuclear fuel from Russia and China to whom it has a competitive global position as the world leader in nuclear energy.

The United States President Donald Trump created the Nuclear Working Group in July 2018, which is now out with a strategic plan, which as per the U.S. Energy Secretary- Dan Brouillette could be the road map to re-establish America’s leadership in the nuclear energy space.

The U.S. commercial nuclear sector, from mining through power generation, is at high risk of insolvency, while America is on the brink of losing its ability to produce US-origin nuclear fuel, which as per the Nuclear Working Group, is threatening the national interest and national security of the United States. 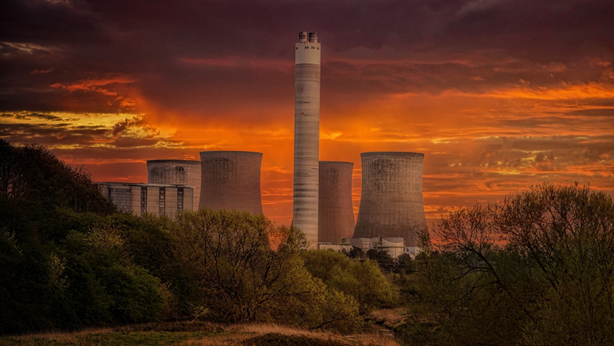 Source: Image by My pictures are CC0. from Pixabay

China and Russia are currently dominating the nuclear energy space with Russia advancing its economic and foreign policy influence around the world with USD 133 billion in foreign orders for reactors and plans to underwrite the construction of over 50 reactors across 19 countries, while China is currently constructing four reactors abroad, with prospects for 16 more reactors across multiple countries, and the 12 reactors currently under construction in addition to the 45 reactors built over the past 33 years.

The strategic approach suggested by the Nuclear Working Group calls for immediate and bold action to revive and strengthen the uranium mining industry, while supporting uranium conversion services, and end reliance on foreign uranium; while,

The primary objective suggested by the Nuclear Working Group is to bring risk management coordination of the domestic nuclear fuel cycle and should be improved across industry and relevant federal government departments and agencies.

The Group mentioned that the domestic uranium mines are the part of the fuel cycle and are currently facing similar fragile economic realities due to the predatory practices of foreign state-owned conglomerates, and the primary objective would be to provide immediate action to support domestic uranium miners and restore the viability of the entire front-end of the nuclear fuel cycle.

The President’s Nuclear Fuel Working Group further suggested that the Government should establish a uranium reserve to provide immediate support to the domestic industry and also directly purchase uranium to make the reserve.

The Group also agreed with the risk identified by the DOC report to President Donald Trump, including the near-term threat of losing all U.S. uranium mining and milling capabilities and the risk of permanent closure of the only U.S. uranium conversion facility, which though is on standby but cannot be maintained indefinitely due to market conditions.

The proposed new uranium reserve would support strategic U.S. fuel cycle capabilities via providing assurance of availability of uranium in the event of market disruptions, and the Working Group also suggested that the aim of the reserve is not to disrupt the market mechanisms; and,

The proposed uranium reserve could directly address the near-term identified challenges by the Nuclear Working Group related to the production and domestic uranium conversion; and,

The Nuclear Working Group also suggests that the administration might consider merging the existing American Assured Fuel Supply with the uranium reserve to establish a unified reserve. The Nuclear Working Group suggests that, albeit, the assured fuel supply contains enough uranium for six reactor core reloads, it could be increased substantially through the modified version.

The Working Group suggests that the decision to expand the proposed uranium reserve would depend upon certain factors, such as cost, impact, need, and on-the-ground conditions, but the ultimate aim would remain the same, i.e., to create an appropriate safeguard for the United States and our allies against unfair market intervention by foreign states or other disruptions; also,

Apart from that it would require domestic conversion services which can result in about 6,000 to 7,500 tons of uranium hexafluoride no later than 2022.

However, the Working Group also suggests that no promise has been made to act apart from the Uranium Reserve recommended in the FY21 Budget.

While the report from the Nuclear Group immediately calls out for the creation of a uranium reserve, it also proposes to revitalize and strengthen the front- end of the nuclear fuel cycle and domestic nuclear industry via decreasing undue permitting and regulatory burdens to the industry and lead the world in technology & standard via re-establishing the United States leadership in next-gen nuclear tech.

The Nuclear Group also calls out for empowering the United States export competitiveness via levelling the playing field and expanding the arena of competition space and challenges to foreign competitors.