A look at Select Harvests and China Trends

Australian companies are a major agriculture producer and exporter across the globe. According to the Australian agriculture government, almonds are Australia’s most valuable horticultural export with 36% of the total sales. Australia is the second-highest producer of almonds across the world and largest southern hemisphere producer.

As per the available data from the Australian agriculture government, in 2015 Australia produced 80,500 metric tonnes of almond kernels, and it is reported that in the last 10 years almond production has grown considerably. The export sales were 59,000 tonnes, which generated $747 million. In Australia, there are nearly 200 growers in four states.

The Australian agriculture industry is investing $3 million per annum in research and development and expects to boost to $7 million to develop production systems best adapted to Australian conditions. 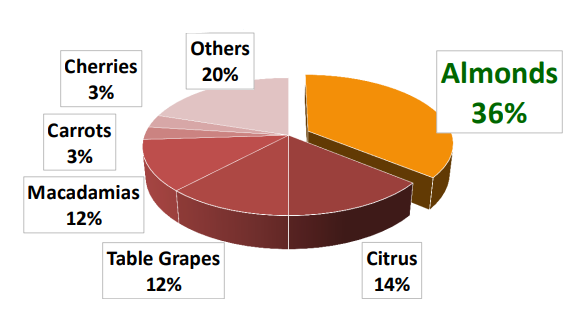 Let’s now have a look at one of the biggest almond producers in the Australian region:

An ASX listed and one of Australia’s largest almond companies, Select Harvests Limited (ASX: SHV) is a fully integrated almond business consisting of orchards, primary processing, secondary processing, trading and consumer products. The company is headquartered in Melbourne, Australia and it supplies almonds in domestic as well as in international markets.

The estimated value of the Chinese seeds and nuts are about to reach RMB 280 billion by 2024. According to forecasts by Mintel, an 8.7% CAGR is expected for the Chinese nuts and seeds market over 2019-24. 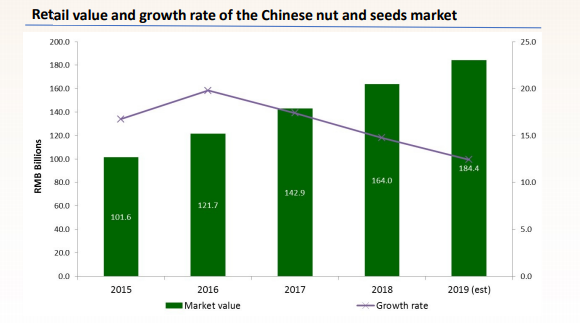 Select Harvests is committed to a long-term growth strategy in China, and it is extending its business in China by multiple distribution channels-

The tariffs being levied on the United States almonds into China, provides excellent opportunities for the Australian almonds to enter the Chinese market. 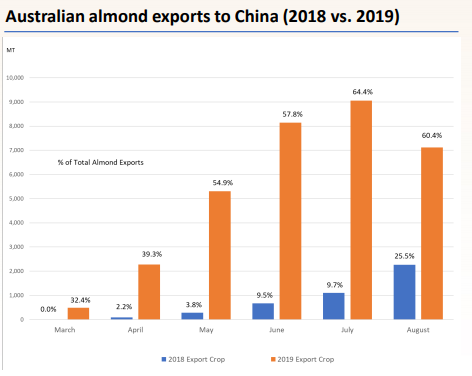 Select Harvests received the Governor of Victoria’s Export award for 2019 in the Agribusiness Food & beverages category, and it is a national finalist in the 57th Australian Export Awards. The company awarded for the recent success of both the industrial and consumer divisions in South East Asia and China.

Select Harvests four new Sunsol have received the Chinese government certification, and the company is planning to launch the products in China in the first half of the financial year 2020.

According to the 2019 crop update, the company’s managing director announced that the 2019 crop yields were above the industry standard and exceeded the previous forecast. He further added that in the year 2019, there had been a strong demand from domestic as well as traditional export markets and the demand from the Chinese market, which was relatively new market for Australian almonds had almost shown significant growth.