The Australian Iron Ore Mining industry is extremely focused and iron ore is amongst the most crucial products of the Australian economy. The price stances of iron ore have been a hot topic for the year, thanks to the rapid gush to the five-year highs.

The steep price fall over the past 5 years have had an adverse effect on the industry, though there has been a rise in the volumes of the output. Being the biggest export of the Aussie land, this trend has been felt across the economy and according to market experts, the present prices on a macro level could possibly be close to their cyclic top.

Even though China’s aim for a clean-up is affecting the iron ore market by reducing its demand, there is supposedly going to be a shift in this regard. Experts suggest that the China’s present demand for steel may slow down in the months to come, when seen with a short term perspective.

Few big players in the iron ore industry, which are listed on ASX as mentioned below:

Let us now delve into the recent updates and understand 3 junior minor players listed on ASX as follows:

Red Hill Iron Limited, Kogi Iron Limited and Eastern Iron Limited, the stocks under consideration, have an interestingly similar trend, as can be seen in the graph from the image below. All these stocks have generated a negative one year return and have shown an almost consistent decline in their return performance.

Red Hill Iron Limited (ASX: RHI) was Formed in 2005 and its primary assets are its Red Hill Iron Ore Joint Venture and the Pannawonica channel iron project. In the same vicinity, the company has quarrying opportunities as well. RHI was formed to acquire and assess the iron ore probability of its tenement package of the west margin of the Province named Hamersley.

Recently, the company had completed an Ore Reserve estimate and Prefeasibility Study the Pannawonica Project. It also secured a lease of mining for the porphyry rock outcrops for extracting products to contribute towards infrastructure advancement. 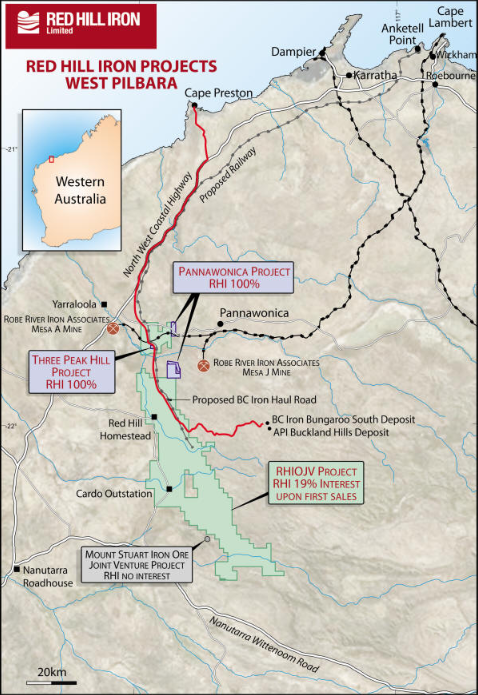 The company provided its Activities report for the quarter ending 31st March 2019, on 30th April 2019. It stated that it still had 40% interest in the RHIOJV and the present Mineral Resource Estimate in the region was 816 million tonnes at an Fe grade of 56.45%. API Management Pty Ltd, which is the company’s JV partner and the project manager for the project, is presently incurring the costs of the JV.

This would be the case until the production starts, wherein the company may choose to reduce its carried interest to a participating 19% interest in the operation or convert the interest into a 2% FOB Royalty on the total sales (of iron ore in RHIOJV). As of the end of the period, the March expenditure of the company was $0.29 million, less that the budget of $0.59 million.

Besides this, the company had completed preparations for exploration program in 2019 and would drill three Reverse Circulation holes in the beginning at the Red Hill Non-Ferrous Exploration Project. The company has fully retained the Pannawonica Project.

The below table depicts the highlights of the cash flow statement provided by the company for the quarter:

Based in Perth, Kogi Iron Limited (ASX: KFE) aims to be an African iron ore and steel producer via developing its Agbaja iron ore and steel project located in Kogi State in Nigeria. KFE had a land position which covers a huge portion of the Agbaja Plateau, hosts to shallow, extensive and flat-lying channel iron deposit. The company’s Nigerian subsidiary is KCM Mining.

On 6th June 2019, the company provided an update on the ongoing Definitive Feasibility Study which is aimed towards production of steel billet and building of a steelmaking facility to be sold in the regional and Nigerian markets. The study took the following factors regarding the market in Nigeria, into consideration:

Fastmarkets MB, which is an independent steel industry consultancy stated that the Nigerian market bears potential of handling additional new billet production of up to 1.5m tpy. It also recommended to sell the Direct Reduced Iron, in the beginning phase or if billet’s demand falls lower to the base case scenario.

The company released an Investor’s presentation in May wherein it emphasised upon the huge opportunities that Nigeria holds when it comes to the company’s activities. The market had a strong demand for steel and there is no primary steel production in Nigerian region, proving to be an advantage to KFE’s projects on the Agbaja plateau. 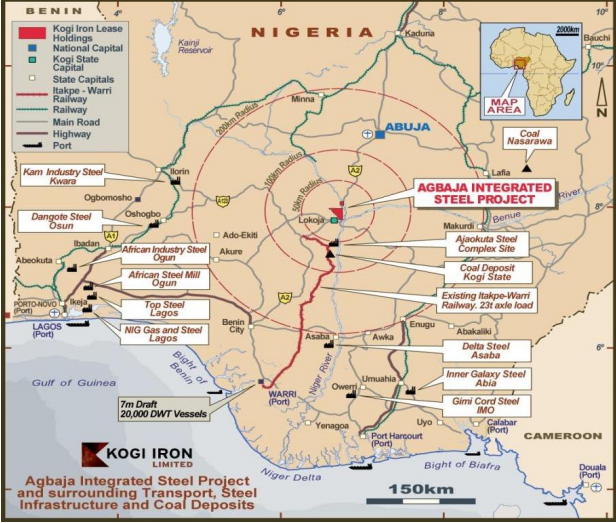 Listed in 2008 with the goal to discover iron ore projects on the eastern seaboard of Australia, Eastern Iron Limited (ASX: EFE) has drilled and announced maiden resources at four project areas which are:

In April 2019, the company produced its Quarterly report for the period ending 31 March 2019, wherein it stated that it is presently renegotiating the terms of HOA, regarding the Polish Cobalt Project along with Ion Mining Pty Ltd.

Besides this, quite a few projects had been assessed to be tagged as new opportunities for the company and commercial discussion is on with a few parties pertaining to the same.

On the financial end, the company’s exploration and evaluation expenditure for the quarter amounted to $4,000 whereas the cash balance was $625,000.

The below table provides the summarised cash flow statement of the company for the quarter ended 31st March 2019: