As people are becoming more aware of their carbon footprints; world is gradually moving towards the use of low carbon emission vehicles and in this gradual shift, players which will get benefitted are all the players which are related to the production of electronic vehicles batteries. One of the major constituents in battery making is: Lithium. Lithium, also referred to as âWhite Petroleumâ, is a major component in green energy storage and in the coming years its demand is expected to increase exponentially. Letâs take a quick look at the recent updates of a few lithium players trading on ASX.

De Grey Mining Limited (ASX: DEG) is a mining company. The company is engaged in exploration activities in Australia. The current market capitalisation of the company is A$53.5 million.

Recently, company announced its 100% ownership of Indee Gold with 3 operating rigs. Through this ownership, company gets 1.7 Moz resource base and potential for substantial resource growth. The three rigs currently operating in funded in the next phase of exploration.

The company entered into an agreement to gain ownership of Indee Gold Pty limited and the deal was for $15 million.

This acquisition has now been successfully completed with the final payment of $9.7 million cash and 59 million shares in De Grey, representing a 6.3% equity holding.

Since entering the option agreement, De Grey has:

Exploration drilling re-commenced in early August and 3 drill rigs are currently operating. Resource extension RC and diamond drilling is underway at Toweranna and Withnell and over 10,000m of air-core drilling has been completed across various regional targets. A strong news flow is expected to come in a few months. 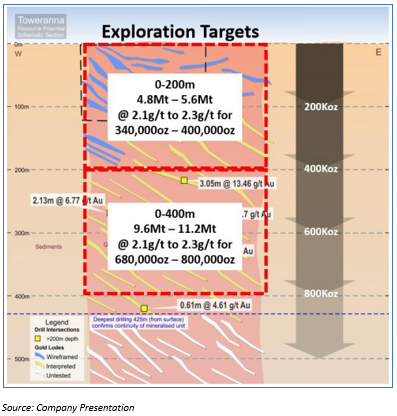 Piedmont Lithium Limited (ASX: PLL) is an emerging lithium chemicals company focused on the development of its 100% owned Piedmont Lithium Project in North Carolina, with the goal of becoming a strategic domestic supplier of battery grade lithium hydroxide and other chemicals to the growing electric vehicle and the battery storage markets in the United States.

The company owns 4 drill campaigns on the project and now has total 333 drill holes with 52,441 meters of drilling.

This project is equipped with a lithium hydroxide chemical plant which has been supplied with spodumene concentrate from an open pit mine and concentrator. This particular project has good economies of scale due to attractive operating costs, long mine life, short transportation distances, and low corporate income taxes.

The integrated Piedmont project is expected to have a sustainable cost (AISC) of approximately $3,700/tonne, including royalties, making Piedmont as the industryâs lowest cost producer. 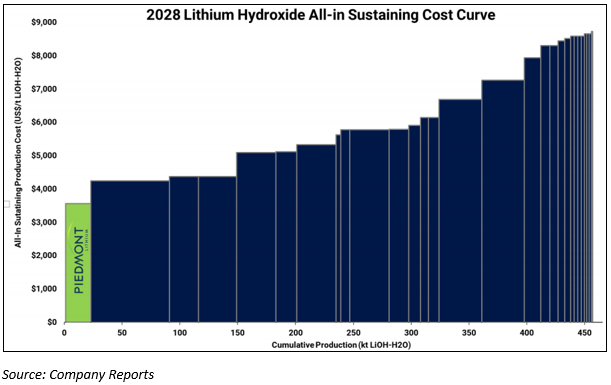 Latitude Consolidated Limited (ASX: LCD) is an ASX-listed Perth based resources-based company currently focused on lithium opportunities in Zimbabwe. LCD also has a portfolio of gold tenements in Western Australia.

Recent announcements: Company released its quarterly activities report. Important activity that took place was that it acquired 70% interest in the Mbeta Lithium Project in southern Zimbabwe. The company paid US$50,000 (AUD $71,089) in full to Zimbabwean national Robert David Hutchings. 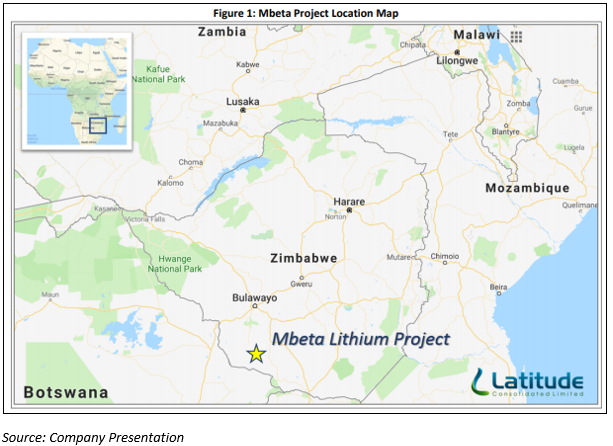 The key commercial terms of the agreement are as follows:

Stock Performance: On 6th September 2019, the stock of LCD closed at a price of AUD 0.016, with a market cap of around AUD 4.4 million and approximately 275.18 million outstanding shares. On YTD basis, the stock has given a negative return of 11.11%.

Core Lithium Limited (ASX: CXO) is into lithium production. It is in the process of developing high-potential Finniss Lithium Project. This project is located near Darwin in the Northern Territory in Australia.

Coreâs Finniss Lithium Project is poised to contribute to the global demand with a Northern Territory project uniquely characterised by:

Core has established binding offtake and prepayment agreement with Sichuan Yahua Industrial Group Co. and is also in the process of negotiating further offtake and finance agreements with some of Asiaâs largest lithium consumers and producers. Yahua is considered as one of the major suppliers of lithium salts in China.

Core has made an agreement with Darwin Port to ship 250,000 tpa of spodumene concentrate. Darwinâs port is Australiaâs nearest port to China and is well suited to handle potential future production from Coreâs lithium projects. Heads of agreement have been signed with Darwin Port in respect of potential export of lithium products from Grants. Agreement provides Core with capacity to export up to either: