Spark Infrastructure is a utilities sector stock, which has been a listed investor in essential services infrastructure since 2005 and has primary investments in regulated electricity transmission and distribution networks in SA, VIC and NSW. It has held several investments in SA Power Networks, Powercor in Vic and others since its IPO. The company has also led the consortium that acquired TGD off the NSW Govt as part of privatisation program in 2015.  In April 2019, the company announced step-out into adjacent renewable assets with 100% acquisition of the 120MWDC Bomen Solar Farm project.

The company has a total workforce of over 5,300 employees and have interests in about $17.1 billion of energy network assets in total. The company provides energy to more than 5.6 million customers across the three states.

Spark Capital says that the Draft Decision provides a WACC of 4.95%, which incorporates a regulated equity return of 4.98%, provided the regulatory forecast of inflation of 2.45%. Spark Infrastructure has restated its view that the rate of return is not adequate to provide predictable and competitive return to the long-term owners of network assets, which is required under the National Electricity and Gas objective. This will put at risk, efficient investment in energy network assets to the long-term detriment of consumers.

The Australian Energy Regulator (AER) regulates electricity transmission and distribution networks in all the Australian jurisdictions except Western Australia. As part of this process, regulated electricity network businesses must periodically apply to AER for a ruling on the amount of money they can collect from their customers to run their business. AER uses its insights and expertise to determine how much money the businesses can recover from consumers for using their networks. The company is currently doing this for SA Power Networks for the 2020-25 regulatory period.

Draft Decision will enable SA Power Networks to retrieve $3,905.3 million between 2020 to 2025 from its consumers. The revenue AER allow, forms the distribution network component of electricity bills. Other components of the electricity bill consist of generation, transmission environmental policy and retail costs. AER estimates that if this draft decision is implemented average residential customers and small business customers in South Australia would save, leading to a drop of $20 and $90, respectively by 2024–25.

In making this draft decision we took three key factors into account:

What does this mean for consumers?

AER estimates that if this draft decision is implemented, network charges in 2024–25 would be:

The average annual electricity bill for a residential or small business customer is estimated to be around 1 per cent lower in 2025 compared to the current level.

What does this mean for SA Power Networks?

Spark Infrastructure released an update on Mr Gerard Dover as its new CFO or Chief Financial Officer. Mr Dover is a highly experienced CFO and finance executive with deep experience across the energy, infrastructure and renewables sectors in Australia and internationally.

He is a highly commercial executive with an established track record of success in IPOs, trade sales, equity and debt raisings, M&A and financial performance improvements.

Financial highlights for the 6 months ended 30 June 2019 are as follows: 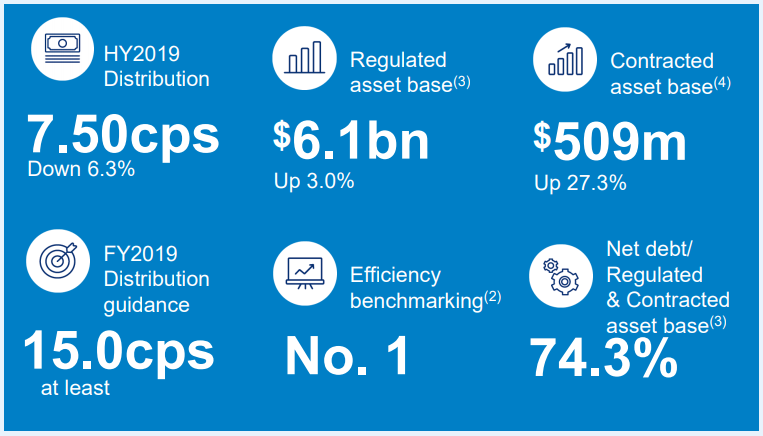 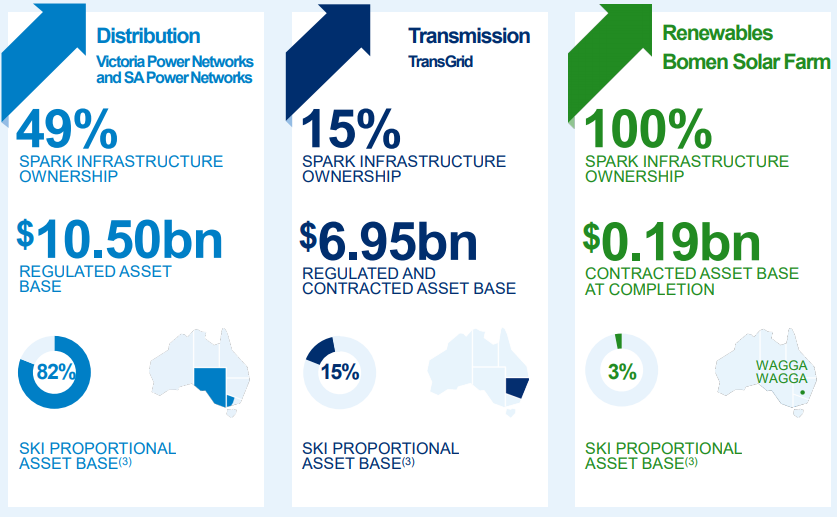