A Look at Australian Drone Industry; 3 Stocks to Look at UUV, DRO, EOS

About Drone: Drone is also known as the unmanned aerial vehicle that flies in the air and is controlled using a software flight plan in its embedded system. It also features sensors and GPS. Drone is used in such a situation where manned flights are risky. A drone is generally used in:

Australian Drone Industry at a glance:

In Australia, the drone industry is in a maturing stage when it comes to safety, technology as well as complexity. Many of the industry players are making considerable investments in research to identify regulatory problems and at the same time looking for innovative solutions for the same. With this, we can say that drones are not restricted to the military purpose, but its horizon has expanded beyond the military.

In the present scenario, there are more than 1,200 Remote Piloted Aircraft Operating Certificate holders in the country. Further, a range of commercial drone activities are being carried out, such as asset, coastal and agricultural monitoring. It is also being used in the survey and aerial photography.

As a result of increased drone activities, regulatory activities have also increased. The Civil Aviation Safety Authority opened its Remotely Piloted Aircraft Systems (RPAS) in August 2017. The organization released a discussion paper in 2017 and at the same time performed a drone safety review at the behest of the Minister for Infrastructure and Transport.

About the company: UUV Aquabotix Ltd (ASX: UUV) is an underwater robotics company, which is into the business of manufacturing and selling commercial and industrial-grade underwater drones that can be used by high-end consumers and military people, as well as for commercial purposes. The company has its operations in Sydney, Australia and Virginia and Massachusetts in the United States.

On 31 May 2019, the company released its AGM presentation, under which it highlighted that the company focuses on the micro-sized, swarming products that are used for a broad range of defense applications. The company provides innovative, autonomous solutions for challenging low water and surf zone environments. Its SwarmDiverTM is the first micro-sized, hybrid unmanned surface and underwater vehicle that is highly flexible and versatile with multiple uses. 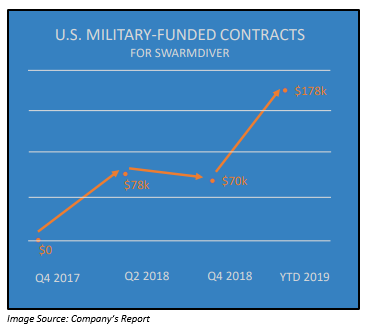 During the last three quarters of 2018, as a result of a strategic shift, the company made notable progress on cash inflows in addition to increased nondilutive, customer-funded development activity. The competition for the company has also reduced, as the area where it is focusing on has few commercially viable alternatives. The company significantly reduced its cash outflows. It also secured key partnerships and signed cooperative agreements.

The company also dealt with several challenges during the last five years. One of such challenges was the threat of improvised explosive devices and drone boat attacks, which is common in the marine region and risks international commerce and oil supplies, thereby resulting in a need to locate, identify and at the same time neutralize these threats. Here, SwarmDiverTM plays an important role, as it can address these persistent and rising threats.

By 2022, global unmanned underwater vehicle market is projected to reach US$5.2 billion. Autonomous unmanned vehicles subdivision is projected to exhibit a CAGR of 24% during 2017-2022. According to estimates by the U.S. Navy and Marines, more than US$3.7 billion would be directed towards drone investments in the govt’s financial year 2019.

About DroneShield Limited: DroneShield Limited (ASX: DRO) is a company from the industrial sector based in Sydney (Australia), Virginia and Washington DC (United States) and London (United Kingdom). The company is a global leader in drone security technology. The company provides a plethora of products and services to enable the security team to protect against the threats through drone technology. 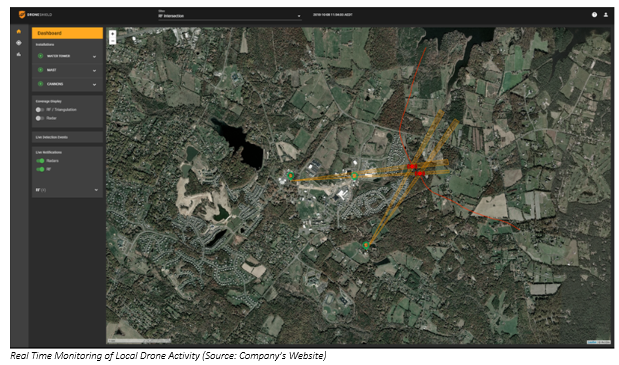 Research and Development Tax Incentive is a grant program of the Australian Government, in which the qualifying companies receive a reimbursement of their qualifying R&D expenses with a significant lag between the time when the expenditure was made and the funds when received. Since the inception of the company, the company has received R&D Grant each year. Recently in April 2019, the company received around $500,000 with respect to research and development activities of the company in 2018.

The company expects to receive the R&D grant in the first half of 2020. Meanwhile, as per the agreement, the company has opted to withdraw A$500,000. The company might withdraw an additional amount of A$150,000 from 30 September 2019, provided that the company’s R&D expenses in 2019 are greater than the agreed minimum amount.

About Electro Optic Systems Holdings Limited: Electro Optic Systems Holdings Limited (ASX: EOS) is a leading Australian technology company from the industrial sector, which operates in space and defense markets. The products of the company include electro-optic applications based on its core technologies in software, electronics, gimbals, laser, optronics, telescopes and beam directors as well as precision mechanisms. 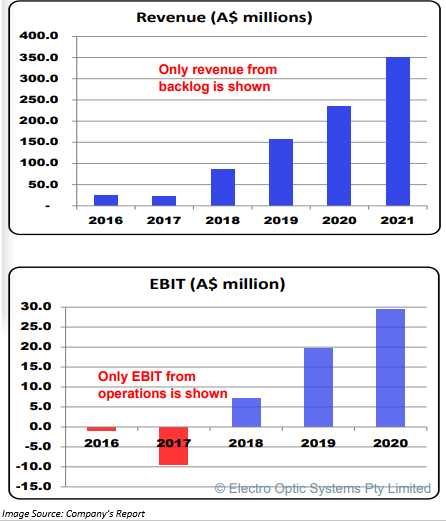 The company also released its AGM presentation, under which it highlighted its counter-drone technology. EOS is known for its technology. The company also introduced its new product R-150, which is a low cost and light weight RWS mounting 7.62 mm and 12.7 mm weapons. The product was developed in association with the Australian Defence Department. R-150 provides force protection to light vehicles as well as transport vehicles.

Stock Performance: EOS is trading flat at A$3.900 as compared to its previous closing price (as at AEST: 12:45 PM). EOS holds a market cap of A$374.81 million and approximately 96.1 million outstanding shares.