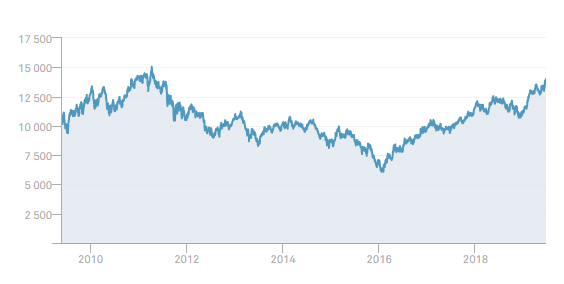 The scope of the sector is very broad; it includes several industries such as Chemicals, Construction Materials, Containers & Packaging, Metals & Mining and Paper & Forest Products. It should be noted that within these industries there are several companies engaged in diversified businesses.

This sector provides basic materials that the world needs to make other things, as we have read above the different kind of industries hosted by it. Most of the times, the products of this sector are used as the raw materials for other sectors, which makes it critical for economic growth. It is a cyclic sector and very sensitive to the economic business cycle.

HAZER® Process developer, Hazer Group Ltd (ASX: HZR) provided an update on its two patents on 21 June 2019. According to the release, Hazer Group had been granted with a patent in Australia and South Africa, among the new patents; One of the granted patents is the second standard Australian patent (AU 2016312962), while the other patent was accepted in South Africa, which was the first international patent application (South African patent application ZA 2018/01820).

It is reported that the new patent is a standard Australian patent – “A process of controlling the morphology of graphite”, which widens the scope of protection provided by the patent grants to date. Hazer Group is actively pursuing additional patent awards consistent with the company’s IP Protection Strategy in Australia. Additionally, the new patent would be an addition to the previously granted standard patent, and the company already have two Australian Innovation Patents.

Reportedly, in South Africa, the first patent is entitled as “A process of controlling the morphology of graphite”, which has been accepted, and the patent would be granted and sealed when it is published on 26 June 2019, as per the South African Patent law. 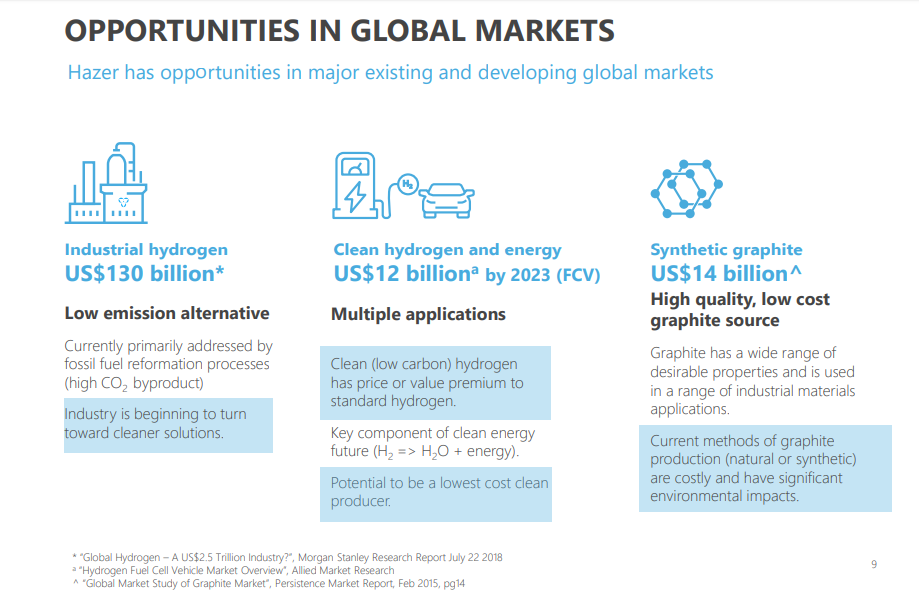 Hazer Group Ltd has formulated an Intellectual Property Protection Strategy to the Intellectual Property of the company across jurisdictions; the strategy is based around five patent families across 23 jurisdictions. It is reported that the patent filings are being pursued in each jurisdiction consistently with the respective national application process, and the process is undergoing normal timelines. As per the release, examination reports were received in Europe, Australia, Singapore, Eurasia, Chile, and Thailand; the group is pursuing the examination procedure in these jurisdictions.

Flame retardant (FR) developer, Alexium International Group Limited (ASX: AJX) contains proprietary patent applications for innovative technologies, through which it develops flame retardants for a variety of daily use products and other materials. Last month, AJX released its presentation, wherein some of its products were mentioned as follows:

Alexiflam® FR is used in the materials like nylon/cotton (NyCo), especially in the production of Military Uniforms. It has an effective FR performance on 50/50 nylon/cotton, and the patent chemistry was also developed. As per Alexium, achievements in FR NyCo are a paradigm shift in the market, where production viable has been a market gap for decades.

Alexiflam® NF is a flame treatment for cotton-rich materials, and it was developed to address the existing FR cotton technologies. The company believes that Alexiflam® NF is a simplified process for effective flame retardancy, and it is formaldehyde free and environmentally friendly. In April, it was reported that Alexium had signed MoU with ICL.

Alexium launched Alexicool® FM product line in calendar Quarter 1, 2019. The company believes there are identical market gaps in the foam market as textile, and PCM (Phase-Change Material) applications to foam are the largest market share of PCM applications in mattress and top-of-bed markets.

Alexicool® Technology – Under this technology, Phase-Change Material (PCM) products for thermal regulation are developed by the group, and Alexicool® FM is one of those products. As per the presentation, some key achievements by the company under this technology includes a supply agreement signed with a multibillion-dollar North American mattress manufacturer in Q3 FY2019; under the agreement, Alexium is designated as the preferred supplier of PCM products for textile applications to bedding products. 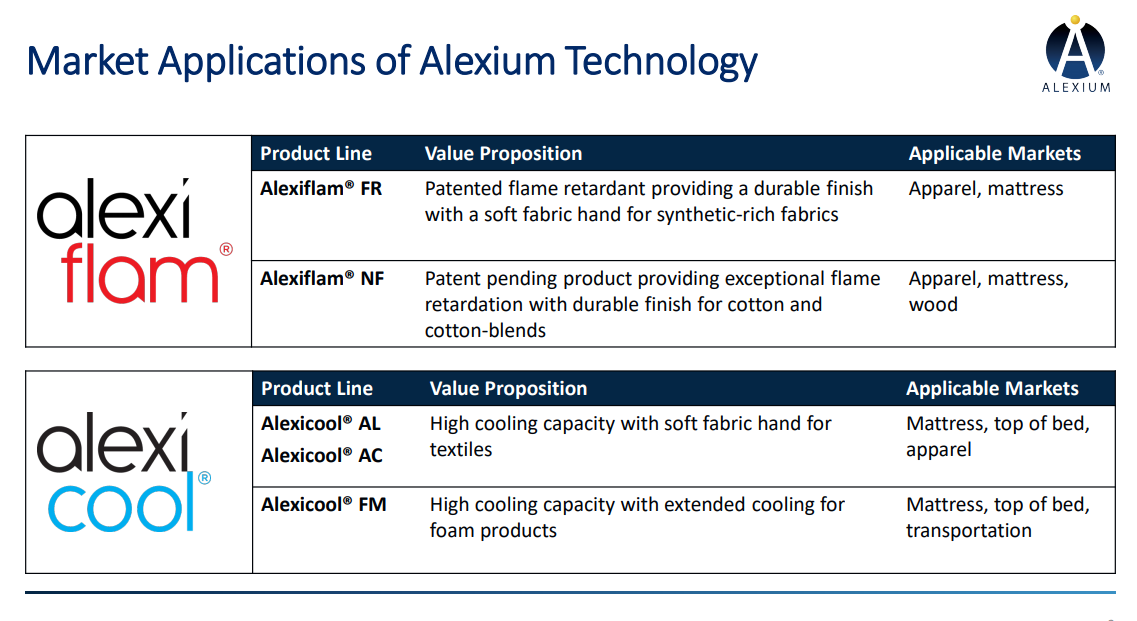 Notably, Alexium anticipates reaching a positive monthly EBITDA on an ongoing basis by the fourth quarter of this calendar year.

One of the international leaders, among waste tire to recover Carbon Black (rCB) technology, Pyrolyx AG is based in Germany. The company provides innovative technology solutions to tackle the worldwide problem of waste tyre (end-of-life) disposal while reducing the environmental footprint of the carbon black producers.

Recently, PLX released AGM Presentation with updates on the business of the company. As per the presentation, it is anticipated that the Terre Haute Facility is planned to start in July 2019, and mechanical completion would be completed by June 2019. Also, the Terre Haute Second Facility would be complete initial engineering by August 2019, while commencement of construction is planned by September 2019. 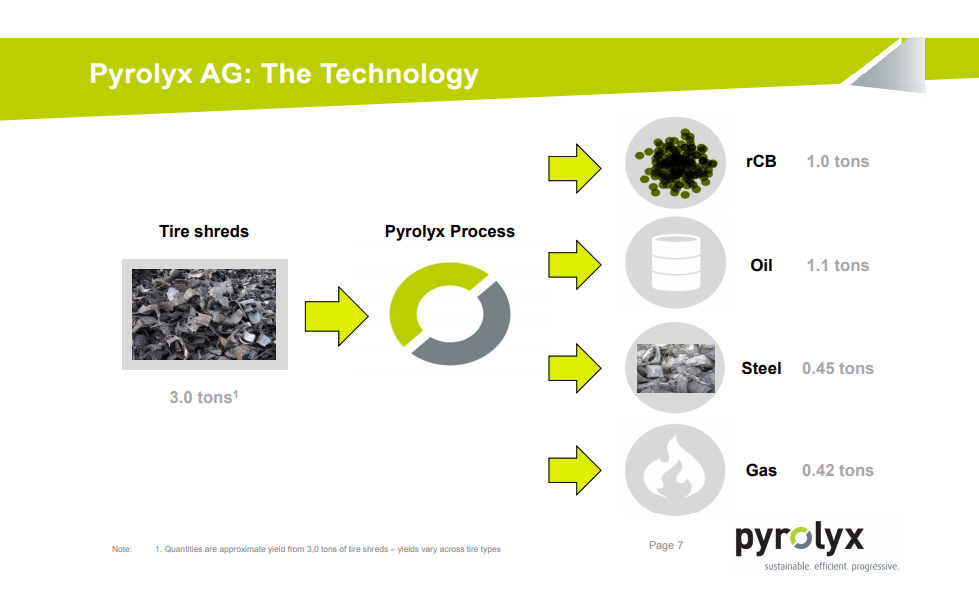 Reportedly, apart from these two facilities – Pyrolyx has planned two facilities in Eastern Europe and potential locations are being evaluated in Poland, Czechia and Slovakia. It is anticipated that the site selection would be completed by Q1 2020, and construction to begin in Q2 2020. Importantly, a letter of intent was signed with Global Tire Manufacturer wherein the customer expressed demand of – 10,000 to 15,000 tons per year of rCB.

According to the presentation, Pyrolyx anticipates moving into full production mode at its first US manufacturing facility, while construction would begin in the second facility in 2019. Pyrolyx intends to commence construction of two new facilities in Eastern Europe in 2020. Pyrolyx believes that it offers the investors to impact the global environment while taking part in an economically advantageous business by investing in the company.