A Glance at Two Blue-Chip Stocks – TLS And AMC

Let’s have a look over recent developments in the two large-cap stocks as follows:

On June 25, 2019, the stock of Telstra Corporation Limited (ASX: TLS) was up by 0.521%. As per the media reports, the Aussie telecom operator has moved from being on the receiving end of Canberra’s nationwide broadband network and competitive pain to being given a helping hand with government intervention and a stalemate on both Huawei and the proposed TPG/Vodafone merger.

In another update, TLS announced that due to good progress on its T22 strategy, it is expected to make a non-cash impairment and write down of the value of its legacy IT assets by approximately $200 Mn, as a result of bringing forward a consultation on proposed job reductions.

H1FY19 Key Highlights: On a reported basis, total income decreased by 4.1% to $13.8 Bn. The EBITDA on a reported basis decreased by 16.4% to $4.3 Bn, and the NPAT fell by 27.4% to $1.2 Bn. TLS’ core business after excluding nbn performed well. During the half year period, the company added ~0.23 Mn additional retail postpaid mobile services, of which ~0.12 Mn services were on Belong. Around ~0.31 Mn nbn connections were added during the half year period, which helped TLS in maintaining its market share of 51% (excluding satellite).

The company is on track to reduce its overall cost, and remains committed to achieve its FY19 targets, which is a part of its goal to achieve $2.5 Bn net productivity improvement by the year 2022. During the half year period, underlying fixed costs fell by ~4.2% or around $162 Mn. TLS achieved annualised costs reductions of around $900 Mn since FY16. It aims to accelerate its productivity program in H2 FY19 and into FY20. 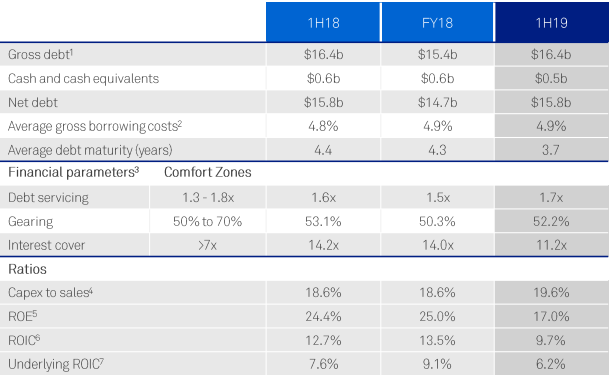 FY19 Guidance: The company expects its FY19 total income to be in the range of $26.2 Bn to $28.1 Bn. Its EBITDA, excluding restructuring costs, is expected to be between $3.1 Bn and $3.6 Bn, wherein around $1.5 Bn to $1.7 Bn of EBITDA is likely to come from one-off nbn definitive agreement receipts minus the nbn net cost to connect. Its capital expenditure is expected to be in the ambit of $3.9 Bn to $4.4 Bn, and its free cash flow is likely to be at the lower end of the guided range of $3.1 Bn to 3.6 Bn. The reason for the lower end for the cash flow being the expected increase in the cash capital expenditure (CapEx) as the company starts taking advantage of the vast available opportunities in the wholesale and enterprise fibre markets, and cash redundancies which are expected to be higher as the productivity increases.

On June 25, 2019, stock of Amcor plc (ASX: AMC) rose up by 1.141%. As per the media report, the top brokers are giving Buy rating to the AMC stock; the primary reason can be attributed to the selling off non-core assets with the combination of Amcor-Bemis. The proceeds generated from the divestment activities could be used for the share buyback of up to US$1 Bn. The brokerage houses also believe that there is good upside potential from the merged synergies.

In another update, AMC announced that Mr Paul Brasher will retire from the Board of the company by September 30, 2019, due to health-related issues. 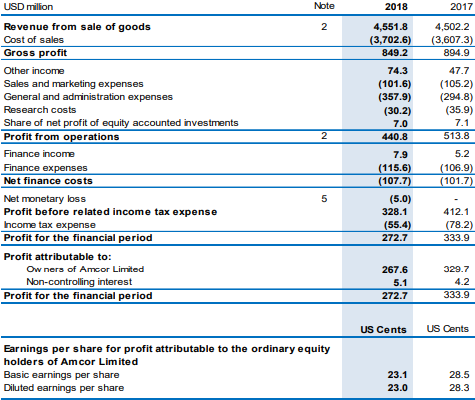