Australia is a sparsely populated continent having an abundant supply of minerals. Among all the Australian states, Queensland and Western Australia (with a maximum number of mines) are the most resource-rich states. The Australian mining industry is one of the countryâs most well-established sectors that contributes a significant amount to the national GDP.

The Australian Bureau of Statistics (ABS) reported that the mining production rose 0.1 per cent in March 2019 driven by oil and gas extraction. This was the fifth consecutive increase in mining production in seasonally adjusted chain volume terms.

Mineral exports also hold a significant share in Australiaâs total exports. The recently released statistics on the International Trade in Goods and Services by the ABS indicate that metal ores and minerals were the main contributors to the rise in exports of non-rural goods in April 2019. The exports of non-rural goods increased 3 per cent to $26,400 million in April in seasonally adjusted terms with metal ores and minerals contributing the maximum share rising by 16 per cent.

The Australian Bureau of Statistics reported the data on mineral exploration in March 2019 Quarter in June this year. The data indicated that the total mineral exploration expenditure rose by 1.7 per cent and 3.9 per cent in trend and seasonally adjusted terms, respectively. The largest contributor to the rise in the expenditure was Western Australia. The data also demonstrated a rise of 9.8 per cent in metres drilled during the quarter.

The data confirms that Australia is a world-leading resources destination that is creating highly skilled and highly paid jobs, strengthening and sustaining the regional communities. 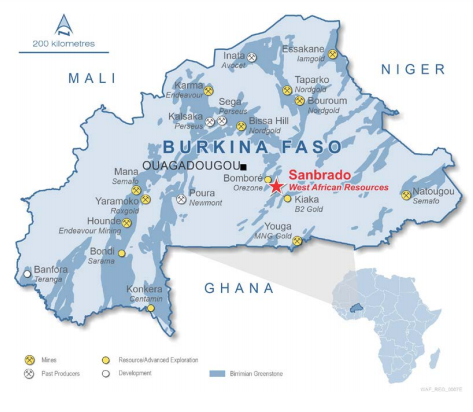 The company released its financial results for the six months ended 31 December 2018 in March this year. The net loss of the Group amounted to $3.5 million during the period, which was lower than the net loss of $25.3 million reported during the 12 months ending 30th June 2018. There was an improvement in the net assets of the company to ~$77.7 million during half-year from ~$39.29 million reported at the end of 30th June 2018. This was due to the increase of ~$18.83 million in âMine propertiesâ and rise of ~$23.7 million in âCash and cash equivalentsâ.

The companyâs stock closed lower on the ASX today at AUD 0.360, down by 1.37 per cent relative to the last closed price. WAF reported a market cap of AUD 317.33 million at the time of writing the report. The performance of WAF has been extremely well in the past as it has delivered a return of 48.98 per cent on a YTD basis.

Junior mineral resources company listed on ASX, Vango Mining Limited (ASX: VAN) focusses on the development and exploration of its wholly owned Marymia Gold Project located in the midwest region of Western Australia. The Marymia Gold Project includes 45 granted mining leases across the most of Marymia Greenstone Belt, which is 80 per cent owned by the company under mining lease.

In a recent update on ASX, the company announced the final tranche of drilling results from the Marwest Prospect located on the Marymia Gold Project. Vango informed about additional high?grade gold intersections at the Prospect that confirmed the potential of Trident?Marwest extension to double the Trident?Marwest resource target. The high?grade intersections defined the base of the Marwest upper shoot of gold mineralisation. 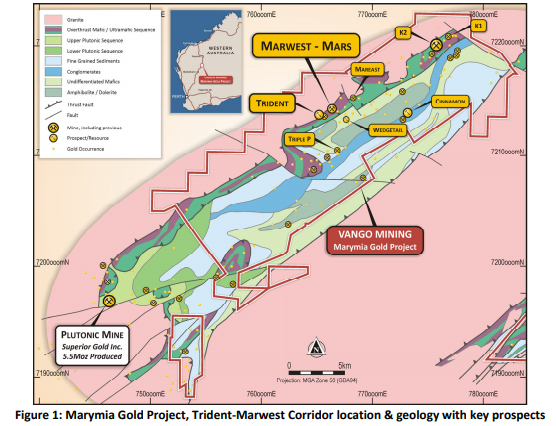 Few days back, the company also announced the new high?grade and shallow gold intersections from drilling conducted at the Wedgetail Prospect on Marymia Gold Project. The drilling results added the high?grade open?pit resource potential to the Marymia Project.

During the half year ending 31st December 2018, the revenue of the company rose to $39,461 from $1,127 in the prior corresponding period. The company reported a loss of ~$2.387 million for the half-year from continuing operations. Vango has cash and cash equivalents amounting to $629,384 at the end of the reported half-year.

The companyâs stock closed the trading session lower at AUD 0.170, down by 2.85 per cent relative to the last closed price. Around 222k number of companyâs shares traded today with a market cap of AUD 109.97 million. The stock has delivered a return of 2.94 per cent on a YTD basis. However, it has generated an enormous return of 337.50 per cent during the last five years.

A socially responsible and innovative mineral exploration company, Frontier Resources Limited (ASX: FNT) got listed on the Australian Stock Exchange in 2003. The company focusses on the discovery of gold and base metal skarn, high grade and bulk mineable silver/gold epithermal and copper-gold-molybdenum porphyry deposits in the Pacific 'Rim of Fire' located in Papua New Guinea. 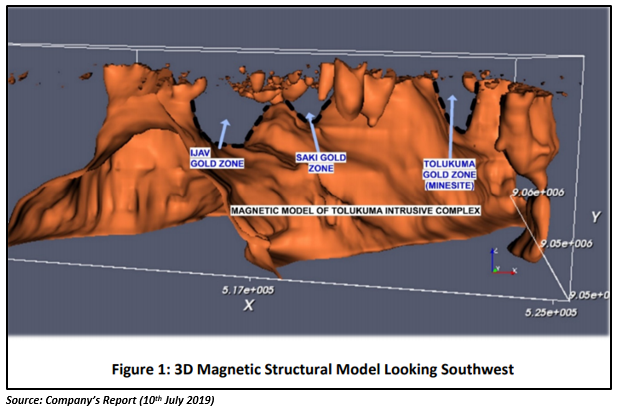 A consolidated interim financial report for the half-year ended 31st December 2018 was released by the company on 13th March 2019. The company reported a loss of ~$265k from the continuing operations against the loss of ~466k declared in the prior corresponding period. The cash and cash equivalents at the end of the period increased significantly from ~$48k in half-year ending 31st December 2017 to ~$5.39 million.

The companyâs stock traded last on 11th July 2019 at AUD 0.016. The market capitalisation of the stock stands at AUD 7.83 million. The stock has delivered a return of 45.45 per cent on a YTD basis, indicating the strong performance of the stock in 2019 to-date. In fact, the stock has generated a return of 77.78 per cent in the last three months.