With the International Energy Agency (IEA) anticipating a rise in world electricity demand by 70 per cent by 2040, the requirement for clean and inexhaustible sources of energy has arisen. The renewable energies neither produce greenhouse gases nor polluting emissions. Such energies are created using renewable sources like hydro, wind, solar, landfill gas, etc.

Australia is continuously making efforts to assess and increase the use of renewable energy in the generation of electricity, in the form of thermal energy and fuel in transport. Australia's Renewable Energy Association, Clean Energy Council is committed to transforming Australia’s energy system to one that is cleaner and smarter.

The Clean Energy Council recently released a report ‘Clean Energy Australia Report 2019’ which mentioned that 2018 was a remarkable year for the Australian clean energy industry. The investment in large-scale renewable energy projects increased from $10 billion in 2017 to $20 billion in 2018. The electricity generated by the renewables reached its highest level in 2018 by rising to 21 per cent of total power generation. It was reported that more than 10 million Australian homes are now powered by clean energy. By December, around 2 million households had hosted rooftop solar. The Clean Energy Council has anticipated the large-scale Renewable Energy Target of 33,000-gigawatt hours (GWh) by 2020. 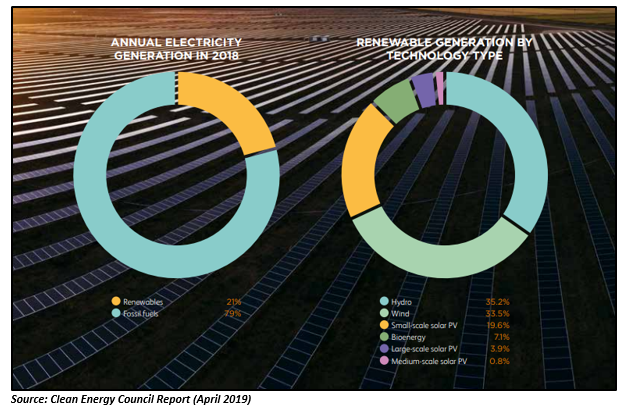 Let us have a look at some of the renewable energy stocks trading on the Australian Stock Exchange (ASX):

Operational Performance: On 7th June 2019, the company informed that its Beryl Solar Plant located in New South Wales, Australia, has commenced its commercial operations. The plant is selling electricity under its 15-year term power purchase agreement with Sydney Metro. The operational capacity of the New Energy Solar portfolio has improved by 24 per cent with the addition of Beryl’s output. 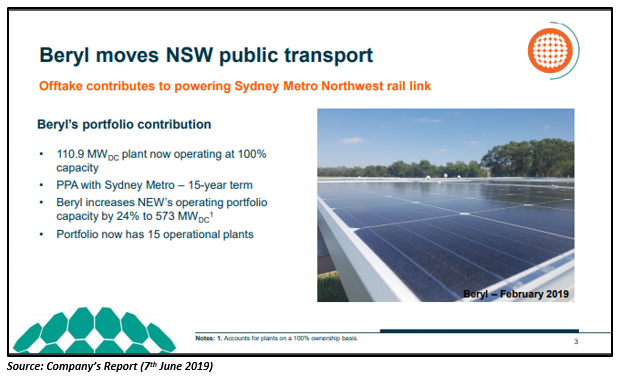 Quarterly Performance: The company announced March 2019 quarter updates on 1st May 2019. The highlights of the quarter report included:

Greatcell Solar Limited : A global leader in the development and commercialisation of Perovskite Solar Cell (PSC) technology, Greatcell Solar Limited (ASX: GSL) was listed on the Australian Stock Exchange on 31st August 2005. The company focuses on the successful commercialisation of PSC photovoltaics and is engaged in the manufacturing and supply of high-performance materials.

Operational Performance: On 11th December 2018, the company declared the appointment of administrators due to its unsuccessful attempts to secure re-financing for its activities. The company’s decision was backed by some unfortunate incidents including the untimely death of its Chief Scientist.

In November 2018, the company announced significant progress to its financial position. Greatcell informed about the payment of $425,000 to be received by the company under the funding agreement reached with the Australian Renewable Energy Agency (ARENA).

The company achieved strong technical results in 4QFY18 and established a number of new relationships in Australia and Europe during the period. Its Technical Advisory Board (TAB) milestone for 4QFY18 was approved, which was for achieving the MPPT conversion efficiency of 10 per cent on a steel module.

Stock Performance: The company’s stock last traded at AUD 0.170 on 28th February 2018. Since it began trading on the Australian Stock Exchange, it has generated a negative return of 79.84 per cent. The stock performed poorly in the past as it had delivered a negative return of 5.56% on a YTD basis and 8.11% during the six months period to 28th Feb 2018. 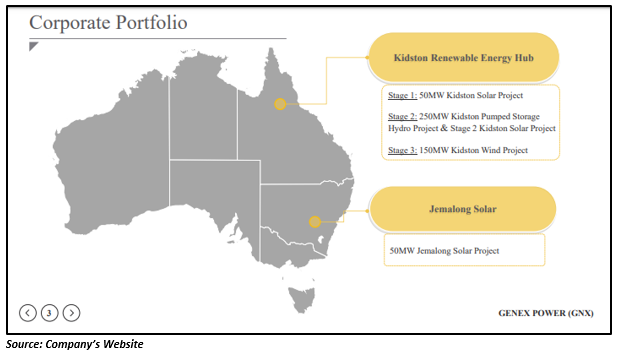 Operational Performance: In its Corporate Presentation for June 2019, the company mentioned that it has generated strong and stable cash flows from 50MW Kidston Solar Project and its 50MW Jemalong Solar Project has the potential to double company’s revenue from 2020.

The company recently announced the conclusion of a Share Subscription Agreement with Electric Power Development Co Ltd (J-Power). The agreement was planned for a conditional investment of up to a maximum of AUD 25 million through a subscription for ordinary shares in Genex.

In April this year, UGL Pty Limited was appointed as the preferred EPC contractor for the 50 Mega Watt Jemalong Solar Project in Australia’s New South Wales. The appointment completed the strong project delivery team created by Genex for taking the project through to generation and completion. The company and Essential Energy entered into a connection agreement for the Jemalong Solar Project in April. The agreement confirmed the classification of the company as a committed generator in the National Electricity Market. 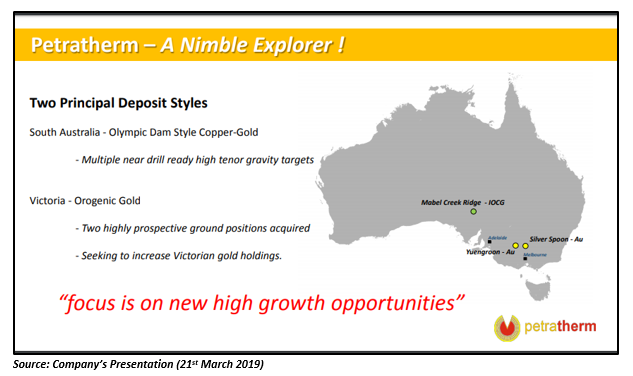 Operational Performance: On 30th April 2019, the company released its Quarterly Activities Statement for the March quarter 2019. Two tenements prospective for Olympic Dam style and copper-gold mineralisation totalling 1479km2 were granted in South Australia subsequent to the quarter. A second Victorian gold project, Silver Spoon, was secured by the company close to the Fosterville and Costerfield Gold Mines. The company had reported exploration and evaluation costs of $66,000 and administration costs of $64,000 during the quarter. Its cash balance at the end of the quarter stood at $4,051,696.

The company published its Interim Report for the half-year ended 31st December 2018 on 15th March 2019. The following are the highlights of the company’s activities during the financial half-year:

The company had cash and cash equivalents of $4.1 million at the end of 31st December 2018.

Stock Performance: The company’s stock traded last on 6th June 2019 at AUD 0.037. The market capitalisation of the company stood at AUD 6.33 million; and 171 million shares were outstanding. The stock has delivered a YTD return of 2.78 per cent and has generated a return of 8.82 per cent, 5.71 per cent and 2.78 per cent during the last six months, three months and one month, respectively.