With the impending trade war between the United States and China, worries among Australian players are increasing, as the former is Australia’s number one investor, while the latter is its number one trading partner. According to data from the Department of Foreign Affairs and Trade of the Australian government, China accounted for over 30% of its exports in 2018. The growing trade tensions between the two economies might result in some challenges for Australian companies, as it is likely to have a global economic impact.

Meanwhile, China’s National Development and Reform Commission has also revealed a plan to increase the share of domestic infant milk formula market to 60% in its total infant-formula industry. China intends to improve the Chinese made infant formula quality, as it aims to boost consumer confidence and satisfaction in infant formula products produced, within the country after the 2008 deadly milk scandal, in which milk and infant formula in addition to other food materials and components were found to be adulterated with melamine, a toxic industrial compound. The incident led to six fatalities and sickened an estimated 300,000 babies, as they consumed the contaminated formula. Further, the Asian country plans to encourage its people to purchase domestically manufactured products, in order to trim down its dependence on imported infant formula products. Though China is yet to share a timeframe regarding its plan, such market developments are resulting in fears of losing demand from the global market among Australian players.

Let us have an overview of recent updates from two ASX-listed infant milk formula players – JAT and WHA:

Incorporated in 2006, Jatenergy Limited (ASX: JAT) is an end-to-end export service provider, catering to Australian companies seeking to position their footprints in the Chinese market. JAT assists its customers in obtaining necessary regulatory approvals, in addition to getting fast and cost-effective entry into wholesaler and shopping platforms such as TMall and Alibaba. Moreover, the company helps in fundraising from investors like investment banks, managed funds and private individuals. The company, which is headquartered at Chatswood, Australia, holds important import licenses, as well as has access to top level contacts and distribution channels. The company sells products such as milk powder oats, cereals, wine, nutraceuticals, cleaning products, biscuits produced by Australian companies. 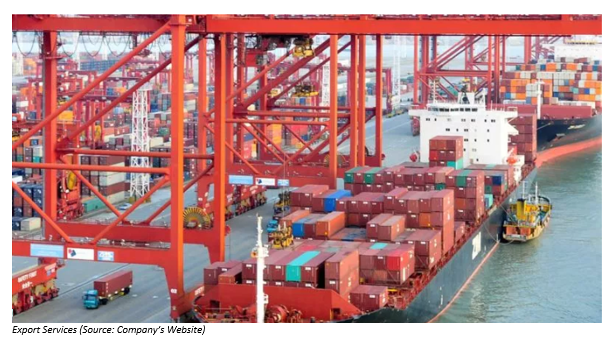 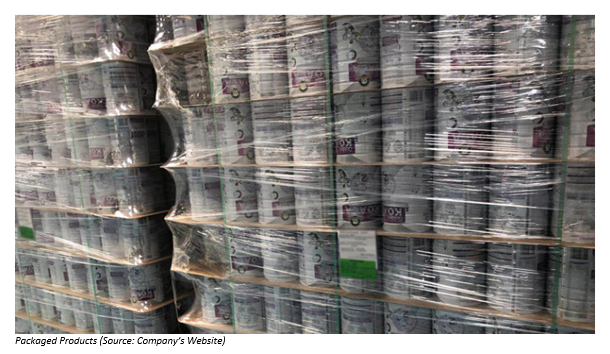 “We have successfully developed Neurio baby lactoferrin, Middle-Aged lactoferrin and we are now having a high-quality goat milk infant formula for the Chinese and other markets. The offtake arrangement and funding security clearly show that Neurio is a trustworthy and valuable brand in both Australia and China. We at Sunnya have great confidence that Neurio goat infant formula will be another popular product in the Chinese market”, said Sunnya’s Managing Director, Wilton Yao.

BSC Trading, a China-based distributor, will distribute the products, through e-commerce channels. Sunnya has received the first order worth A$650,000, including a security deposit. The company will make its first product shipment in August 2019.

Separately, on 6 June 2019, Jatenergy Limited announced that along with its subsidiaries, the company has secured special goods orders worth A$2.7 million from several China-based platforms including major maternal stores and pharmacies. The orders are specifically for China’s 618 shopping festival, which was founded on 18 June 1998, and is one of the most prominent e-commerce festivals in the country.

As a provider of products that related to health and wellness, Wattle Health Australia Limited (ASX: WHA) majorly focuses on producing products that are prepared by using locally grown, natural or certified organic ingredients. The company is engaged in developing products that offers scientific and nutritional benefits and adhere to strict global standards. These products include full cream dried milk powder and domestic infant formulas. WHA aims to become a globally recognised company for its organic and sustainable products. Founded in 2011, the company is headquartered at Victoria, Australia.

According to the progress update, head builder George Rydell Constructions is currently carrying out the construction at CBDG and steel works for the dryer and evaporator building, in order to lay concrete on the first two levels of the building, which will have a circa 28-meter height after completion. The company is set to start deploying concrete panels of the dryer and the evaporator building in the coming weeks before the first shipment arrival. Of the five shipments of the dryer/evaporator equipment, the first shipment is due to arrive in late-July 2019 from overseas. 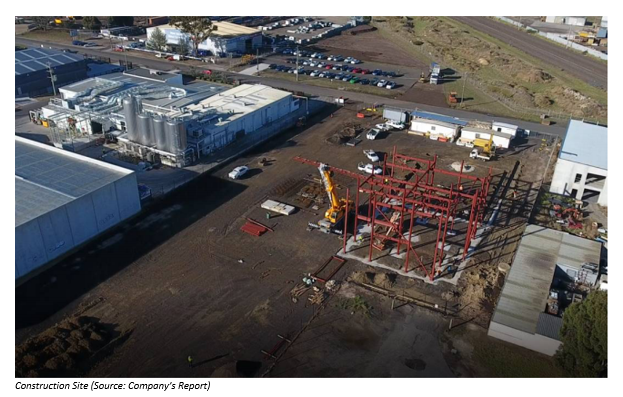 The dryer is the first of its kind in Australia. Once operational, the dryer will process the largest pool of fresh organic milk. The processing will be carried out under an exclusive supply agreement with ODFA. Also, Wattle Health Australia Limited has reached a deal, giving it the exclusive rights to supply CBDG-produced products for use across its nutritional dairy range.

Also, Jatenergy Limited and Wattle Health Australia Limited’s, stock performance in last 6-months have been depicted in the image below: