We are discussing few diversified stocks in which investors have been showing interest in the recent past. Letâs have a look on the current updates of these stocks.

Australian Primary Hemp Limited is engaged in cultivation and manufacturing of hemp and related products across Australia.

The management of the company has guided estimated cash outflow for the next quarter wherein the business is expecting an expenditure of $0.341 million for product manufacturing and operating costs, $0.018 million for advertising and marketing, while staff costs and Administration & corporate costs are expected at $0.289 million and $0.230 million, respectively. The total estimated cash outflows are at $0.878 million.

Dropsuite Limited is a global cloud software platform which provides backup services via cloud technology to 100 countries across the globe. The company has collaborations with leading IT companies like GoDaddy, Ingram Micro etc.

Strategic Partnership with 1&1 IONOS, Worldâs Largest Hosting Provider: The company has collaborated with 1&1 IONOS and the partnership has already resulted in generation of annualized recurring revenue (ARR) for the company.

As per the recent update from the management, the company has installed its fully integrated 1&1 IONOS platform to the companyâs database, which is available to the customers.

The company reported that it has successfully enhanced its ARR and has witnessed ~15% higher ARR in September 2019 at $4.46 million compared to June 2019.

Cashwerkz Limited engaged in online cash management marketplace in term deposits and with its At Call accounts. The company specializes in funding activities to over 49 Authorized Deposit taking Institutions and several financial advisers and investors.

Stock Update: On October 21, 2019, the stock of CWZ closed at $0.220 with a market capitalization of $36.77 million. The stock has delivered negative return of ~11.54% and positive return of ~15% during the last three months and six-months, respectively.

Kalina Power Limited provides power solutions for energy efficiency and geothermal projects. Recently, the company reported that one of its management named Mr. Alwyn Davey has resigned from the post of Company Secretary on 14 October 2019.

Maximus Resources Limited is engaged in exploration and toll milling services of several minerals like gold and other minerals. Recently, as per a press release, the company is planning to re-introduce exploration across Spargoville tenements. As per the announcement, it has acquired the above exploration data from a SAM Survey conducted at the north of the Wattle Dam Pit. 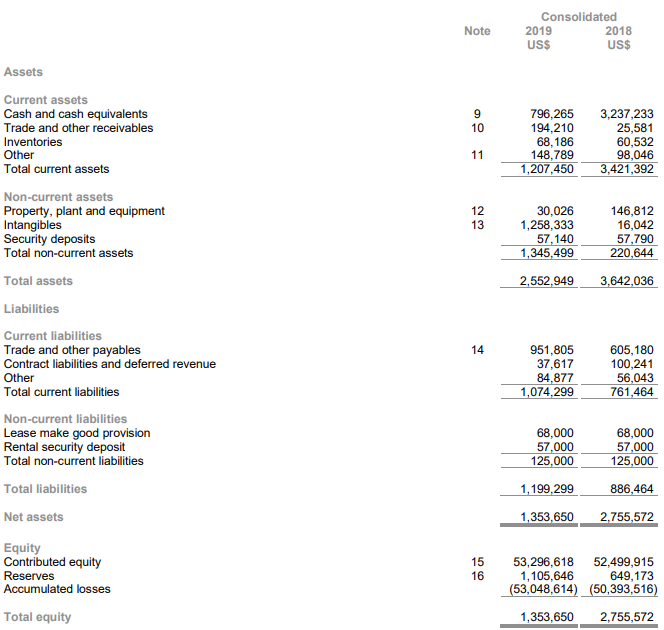 FY19 Key Operating Highlights for the year ending 30 June 2019: The Company came up with the flowing updates:

Metal Bank Limited is engaged in mining and exploration business and the objectives of the business is to continue its exploration activities.