The dictionary meaning of honchos is ‘the leader’. In this article, we would discuss five stocks which are considered as one of the leading stocks in the IT sector in Australia. We would cover their recent updates and stock performance.

Xero Limited (ASX: XRO) is a provider of online accounting software for small firms. The cloud-based accounting software of the company helps people to connect with the information that they require for their business operations, anytime, anywhere, on any device.

The company was founded in the year 2006 in New Zealand and is among the fastest growing SaaS companies in the world. 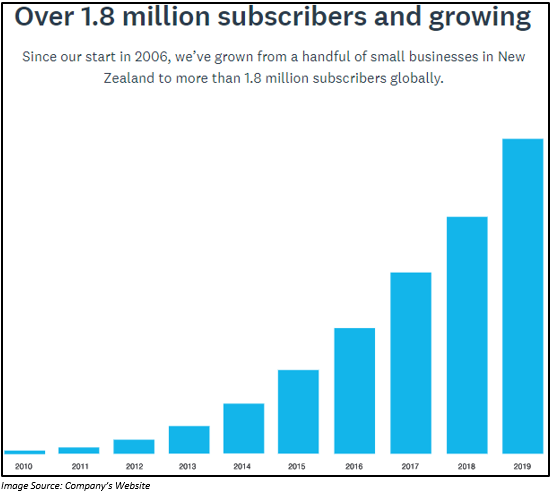 On 9 July 2019, XRO gave a market update related to the Director’s interest change. The recently appointed Non-Executive Director David Ingle Thodey of the company is a director of Aspiring Co Pty Limited, which acquired 4,000 fully paid ordinary shares of Xero. Aspiring Co Pty Limited holds these shares on behalf of the Thodey Family Trust. The beneficiaries of the Thodey Family Trust are the immediate family members of David Ingle Thodey. The shares were acquired for A$ 251,823.42.

David Ingle Thodey was recently appointed by the company as a non-executive director to the board. He is an experienced business leader and has above thirty years of experience in creating brand and shareholder value.

The company also highlighted that its US-based non-executive director Bill Veghte would get retired from the company’s board at its AGM on 15 August 2019.

New South Wales-based WiseTech Global Limited (ASX: WTC) is engaged in the development of cloud-based software solutions for the international as well as domestic logistics industries. Since the year 1994, the company has provided support to logistics porviders to manage the movement of goods and information efficiently.

Its flagship logistics product is ‘CargoWise One’. The product gives access to end to end solutions as well as forms an essential link in the global supply chain. Through CargoWise One, businesses, whether small or large multinational companies, are able to enhance their visibility, quality of service, productivity as well as profitability. 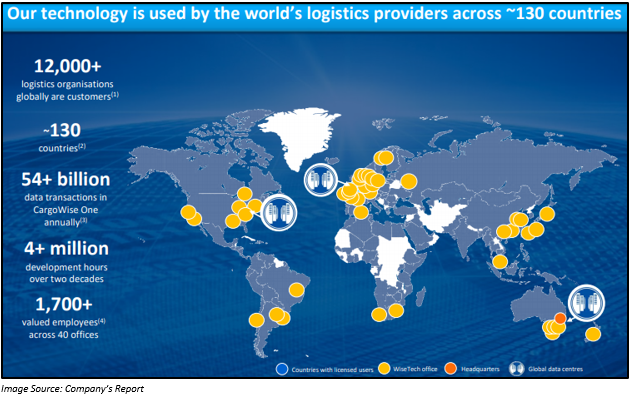 In the recent article released by the company on its website on 1 July 2019, Richard White, the Founder and CEO of WiseTech Global Limited stated that the global supply chain and the logistics systems that drive the company is into the enormous change phase.

In the present scenario, the global supply chain is under huge pressure, as a result of immense pressure from the increasing freight volume, complexity, cross-border rules and regulations followed by dynamic changes, owing to trade wars and political disturbance.

The global supply chain is also getting influenced by e-commerce sector’s exponential growth, which can be seen as a budding high-volume, small parcel freight. This new segment of freight demands small delivery time with better visibility and predictability. CEO Richard White also highlighted that the international logistics business still experiences a tug-off war with the largely broken data flow linked through a stream of paper and e-paper. In spite of such challenges, adoption of new technologies is slow due to time, cost and risks associated with technological change.

Logistics service providers try to offer their end users with excellent service as well as better experience to retain new customers and win new businesses. For this, there is a requirement of fully digital schedules, rates, booking, tracking and invoice reconciliation from their carrier partners for any mode of transport. Additionally, logistics service providers need the same information set for their customers.

In such a scenario, e-paper is not the solution. It is an era of new technology where there is a need to remove paper and e-paper from the cargo chain. Straight-through digital processing would help in driving value and efficiency in the logistics industry. With this, every party involved would be able to track the parts that they need to see.

According to Richard White, straight-through digital processing, which is not a new concept, would be the future of the logistics industry, and at present, the company is working on this big technological change.

Afterpay Touch Group Limited (ASX: APT) is a technology-driven payment company, with operations in New Zealand, Australia, US and the UK. It aims to enhance its customers’ purchasing experience.

There are three updates by Afterpay Touch Group Limited since 1 July 2019. The most recent one announced on 4 July is related to the deferment of the Share Purchase Plan (SPP). The company is sending a letter to its shareholders about the SPP, which was earlier announced on 11 June 2019.

On 26 June 2019, the company revealed that its board decided to defer the SPP, until APT considers the final audit report to be prepared by the external auditor selected by AUSTRAC and its recommendations. The audit is related to the company’s Anti-Money Laundering / Counter Terrorism Funding compliance.

Under the share purchase plan, the eligible shareholders had an opportunity to acquire further shares of the company. It was reported that the terms and conditions will remain unaffected, when and if the company proceeds with the SPP. However, the changes would be in terms of the date the SPP may be offered along with the ability of all eligible shareholders to apply for the full $ 15k entitlement irrespective of any allocation made to them during the Share Purchase Plan in 2018.

The other two updates were related to the Board and Executive leadership of the company and ASX query regarding a change in the price of APT's securities on 28 June 2019, respectively.

Recently, NEXTDC Limited announced the appointment of Stephen M. Smith as a non-executive director to the board of the company, effective from 1 July 2019. Mr. Smith has a deep background in managing market-leading technology businesses and is an expert in the data centre industry.

With his appointment, the company would be able to utilize his insights, acumen and clear passion for the data centre industry, as the company moves ahead on the next phase of its expansion. Currently, the company is playing an essential role in the development of the digital economy of Australia, and Mr. Smith is expected to make contributions towards this exciting phase of the company’s development.

Altium Limited (ASX: ALU), founded in 1985, is an Australian software company, with focus on electronics design systems for 3D printed circuit board (PCB) design as well as the development of embedded systems. 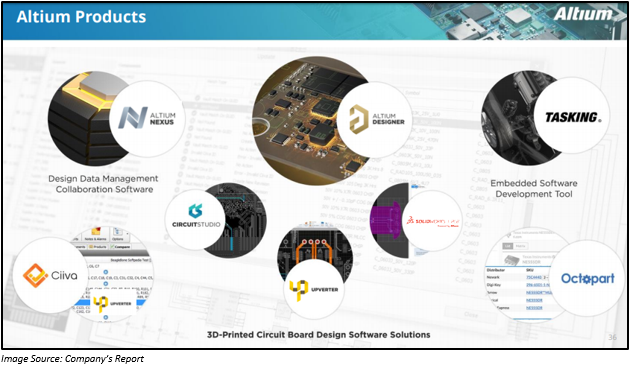 Altium Limited, in its recent press release on 6 June 2019, announced the release of Altium Designer 19.1 and the Altium 365 Viewer. The viewer is an online tool that is available for free. Moreover, this tool permits any user to easily view design files under the Altium Designer on the web.

Based on user feedback submitted via the Altium BugCrunch forum, the company made several stability and performance improvements to the product, Altium Designer 19.1. These enhancements are aimed at reducing the occurrence of errors as well as improving productive design time and efficiency.

Earlier, in order to view Altium Designer Projects, there was a need of either an Altium Designer License or a traditional read-only viewer license. But with Altium 365 Viewer, to view and share schematics, view printed circuit board designs in 2-Dimension and 3-Dimension. Moreover, the viewer enables monitoring bill of materials within a browser through a simple drag-and-drop process.