Revenue per site will grow more than three times on the back of three agreements signed:

1st Group Ltd (ASX: 1st) stock has risen 42.55% in one month as on June 24th, 2019 after the company, who is the leader in pharmacy, independent optometry veterinary markets, are  expanding in psychology, dental and specialists’ markets. This is through three strategic deals signed with three clients, namely, Medibank Private, Benestar Group (wholly owned by Zurich Insurance) and St Vincent’s Health Australia, as announced on 12 June 2019. 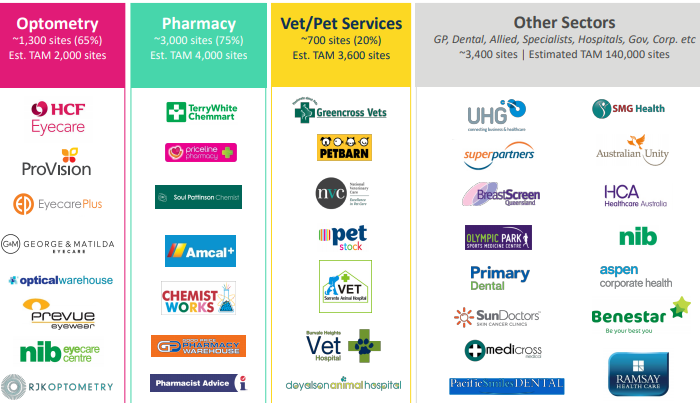 Currently, the company is getting revenue per site of $40 per month on an average and the company will now be receiving the revenue per site of $130 per month on an average from the new three agreements signed. The company plans to bring its old customers to this new rate in some time. Moreover, Medibank Private will underpin the growth of the dental network and other healthcare services. Benestar Group is funding the company’s entry into the psychology market. St Vincent’s funding will underpin the company’s entry into a new segment and will also support the company’s eye disease initiative, EyeHealth1st. The company expects that these agreements will start contributing to the revenue from the fourth quarter itself. Additionally, the company has raised $2.6 million from the placement of shares & $1.1 million from the Share Purchase Plan. In addition, 1st expects to generate positive operating cash flow in the near term and has reaffirmed the forecast for ACV during the second half of 2019.

Strategy for Detach® Will Be Taken in Coming Weeks:

Anatara Lifesciences Ltd (ASX: ANR), a pharma company is into developing products for gastro intestinal diseases. These products are meant to be either used by humans or animals. ANR is reviewing the new commercialization strategy for Detach®, which is the company’s lead animal health product that controls diarrhea in livestock, in the coming weeks. The new strategy has been made after Zoetis Inc. decided not to continue the track of this product and given the notice for its exclusive worldwide license of Detach® to be terminated. Further, ANR is already looking for commercialization opportunities for Detach®.

The company intends to launch the APVMA (Australian Pesticides and Veterinary Medicines Authority) approved product in Australia, plans to get the regulatory approval of Detach® in overseas markets, get the global or regional licensing for developing Detach® for species other than piglets. Moreover, the company is developing a dietary supplement for IBD (inflammatory bowel disease) and IBS (irritable bowel syndrome). Meanwhile, ANR’s stock has fallen 50.93% in three months (as on June 24th, 2019).

Positive Result of the product BTX 1801:

Botanix Pharmaceuticals Ltd (ASX: BOT), a cannabinoid company, has risen 56.52% in one month as on June 24th, 2019 after the company presented the key findings of the studies of product BTX 1801 and Phase 1b BTX 1308 psoriasis. The company had done these studies with Dr Mark Blaskovich.

The studies were conducted at The University of Queensland for finding solutions for Superbug. BTX 1801 make use of the company’s technology, PermetrexTM, as it is meant to find solutions for the bacterial infections in the skin. As per the initial findings of the study, the drug has the caliber of killing Gram-Positive bacteria, Staphylococcus aureus and methicillin resistant Staphylococcus aureus (MRSA) & BTX 1801 can treat broad range of serious skin infections. Further, it was found that MRSA bacteria was not resistant to cannabidiol even after treating it continuously for 21 days. The drug also disrupts bacterial biofilms and is effective in animal wound model of skin infection. Moreover, the company expects to attain for Phase 2 studies to be conducted on acne and atopic dermatitis in the third quarter and fourth quarter.

Brainchip Holdings Ltd (ASX: BRN) has risen 130% in one month as on June 24th, 2019 after the introduction of BRN’s powerful neural network converter. This can translate the current CNN (convolutional neural networks) to high performance and low power event based SNN (spiking neural network), which is compatible with Akida.

The converter is first of its kind that enables the implementation of both the above-mentioned CNN & SNN on the same device. It works with Akida Development Environment (machine learning framework) to offer both network conversion and simulation. Using the convertor, a lot of CNN architectures at edge applications can be performed by the user. Meanwhile, BRN at the end of March 2019 quarter has generated the cash of $5.1 million. The company during the quarter had signed Memorandum of Understanding (MOU) with Socionext Americas, so that both can work on developing the Akida NSoC and manufacturing of the device.

Dacian Gold Ltd (ASX: DCN) has discovered substantial high-grade BIF mineralization in the north of the Westralia Deposit at its Mt Morgans Gold Operation (100%-owned). This mineralization is spread over an area of 500m x 250m and is located near Laverton in Western Australia. This result will lead to growth of significant Mineral Resource of the company. 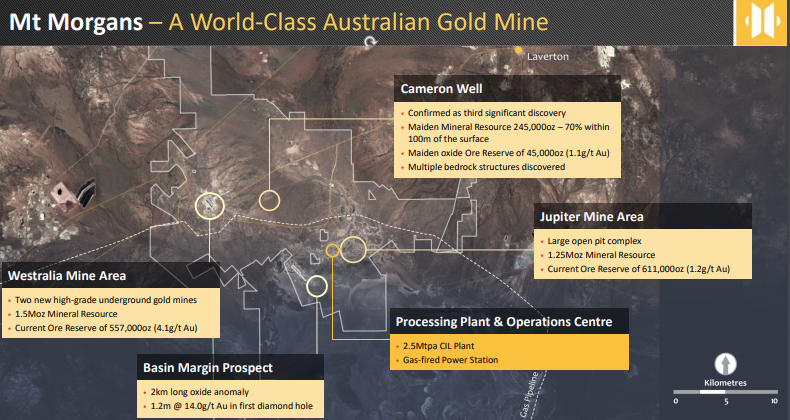 The production can be achieved at an MMGO All-in Sustaining Cost (AISC) in the range of A$1,500-$1,600/oz, which is more than the previous guidance to be at MMGO AISC in the range of A$1,050-$1,150/oz). The production will be affected than previously expected on the back of underground contractor performance issues. Further, the underperformance on subordinate lodes at Westralia region and the hangingwall lodes at Jupiter Mine region had both affected the company’s production plan.