When it comes to the major players in the industry, probably below four comes to the mind of investors. Let’s know about them in detail:

Purifloh Limited (ASX: PO3) is involved in the development of free radical generator technology for several applications throughout opportunities such as Indoor air purification, Water sanitation and Medical sterilisation in conjunction with Somnio Group.

A brief on MTB Trials

Recently, on 25th September 2019, the company introduced the market participants via a release, an update on MTB (Mycobacterium Tuberculosis) trials:

The following picture provides an idea of financial performance for the half-year period, ended 30 June 2019: 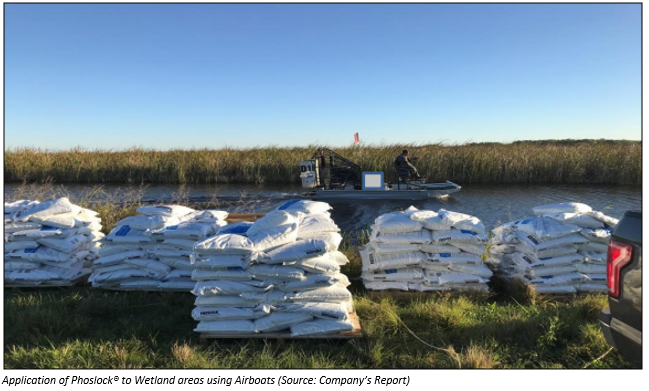 Recently, the company announced that it has inked a contract to begin work applying Phoslock® to the East Lake. It added that the new project would prove to be an important application, opening a new field of ecological restoration of the eco-environmental protection in the Yangtze River Economic Belt in China.

SciDev Ltd (ASX: SDV) is a manufacturer and supplier of chemicals for wastewater treatment. It has a market capitalisation of $49.96 million as on 9th October 2019.

The company through a release dated 9th October 2019 updated the market on its quarterly activities report for the period ended 30 September 2019, wherein it outlined following key facts: