Let us have an insight on the recent updates and the stock performance of the three companies JLG, ROG and CZL.

The robust performance is primarily driven by revenue from non-forecast catastrophe recovery work, predominantly relating to the hailstorm in Sydney during December and the Townsville flooding event in February. The result was also driven by the strong trading in the insurance building and restoration services division’s core business-as-usual segment. With this upward revision, FY19 revenue is expected to be $319 million (+7.5%/+$22.3 million on Feb’19 forecast). The FY19 operating EBITDA is estimated at $20.9 million (+5%/+$1 million) with total EBITDA at $25.4 million (+4.1%/+$1 million).

The CEO of the company Scott Didier stated that this result reflected both the strength of the group’s core offering and its unique capacity to respond to catastrophic events. The year remained very successful for the group, and this result is a product of the market-leading national presence that the group has worked on very hard to build.

On 20 May 2019, the company completed the full acquisition of four Cooper Basin oil and gas projects known collectively as the Innamincka Dome Projects. The projects include Flax, Yarrow, Juniper and PRL 180/181/182. 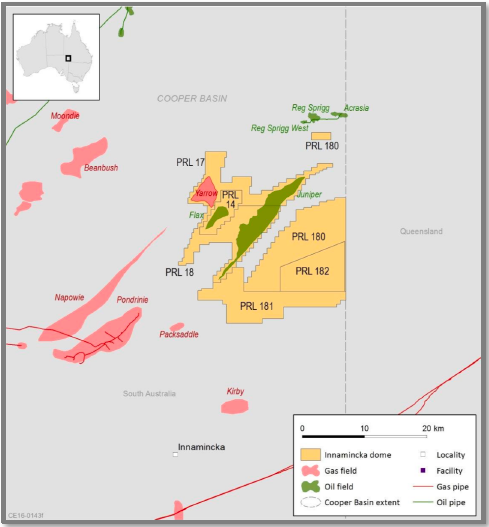 It has been exploring various options over the past few months with respect to refinancing the remediation bond attaching to the company’s projects. Advanced discussions regarding a corporate bond instrument are in train with a view to limiting dilution associated with the financing. The company expects to release further information relating to the corporate bond over the coming few weeks.

Red Sky Energy Limited is currently undergoing a strategic review with a focus on scoping near term cash flow projects with low capex designed to support exploration and further development activities on the larger projects. Low capex projects are currently being scoped for both Flax and Yarrow with the results of the strategic review expected to be released shortly. Options with respect to financing the larger projects are being explored with consideration of self-funding or partner arrangements or a combination of the two.

Increased Production at Higher Grades: Consolidate Zinc Limited (ASX: CZL) provided an update at its Plomosas zinc-lead-silver mine in Mexico.

The mining from the level seven in the semi oxidised ore stopes has resulted in increased production at higher grades. 7,088 tonnes of ore have been produced for May at 14.5 % Zinc and 6.0% Lead. The SOX ore mined was sent to Triturado y Minerales La Piedrera S.A. de CV, who operate the Aldama concentrator facility, which is located close to the Plomosas Mine while the Tres Amigos ore mined was sent to the Grupo Mexico Santa Eulalia concentrator. As the SOX is over four metres wide, the stopes allow direct access of loaders and an increase in productivity. The Tres Amigos ore mined from level 5 stopes and the sublevel 972m RL stopes continued to require scraping to draw out the ore from the stope areas. This extra step in the mining process has limited production.

The average Zinc to Zinc concentrate recovery was 73.6%, which reflected the ramp-up of production at Aldama and the requirement to establish steady state operating parameters while commissioning.