2 Stocks On Opposite Sides Of ASX Ledger - EM1, XPD

Emerge Gaming Limited (ASX: EM1) is a market leader in eSports. It is a market player belonging to casual gaming tournament industry. The company has online eSports and gaming platforms along with a lifestyle hub called ‘Arcade X’.

Through this platform, casual, social and committed gamers get the option to play several gaming titles against each other through their mobiles, consoles or PCs. The platform uses a unique IP and is well versed with advanced analytics, which aids in tracking and proprietary algorithms to deliver great tournament gaming experiences for users. It also gives options to advertisers for message delivery to the audience.

As per its earlier announcement, the company is preparing for the launch of its Media Gaming Platform Arcade X in Australia and other Tier 1 countries. As per its announcement on 27th March 2019, the company would finalise the date of the launch and will update the market on the same. Through a JV with iCandy Interactive Limited, the platform would have access to 350 million subscribers. Both parties would receive 50% of the revenue generated.

It had signed an MoU with Cloudzen Pte Ltd to use its intellectual property for GameCloud. EM1 appointed Netsport Media for the distribution of Arcade X. 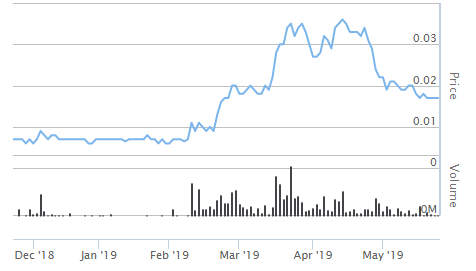 XPD Soccer Gear Group (ASX: XPD) is the Australian holding company of China Soccer Holdings, which is based in Hong Kong. The company is engaged with the manufacturing of soccer footwear. Its own footwear factory is in Fujian province, precisely in the Huzhong Industrial Park in Jinjiang City. This factory has the potential to produce up to 4 million pairs of shoes per annum. The company has its headquarter in Melbourne and it owns four production lines.

Also, the company would be conducting its Annual General Meeting on 31st May 2019 in Queensland.

The company released its Quarterly Report for the period ended 31st March 2019. The cash flow highlights if the same is provided in the table below:

As on May 31st, 2019 the stock remained suspended, awaiting an announcement related to the transfer of its funds from China to Australia. It last traded on May 24th 2019 at A$0.013. 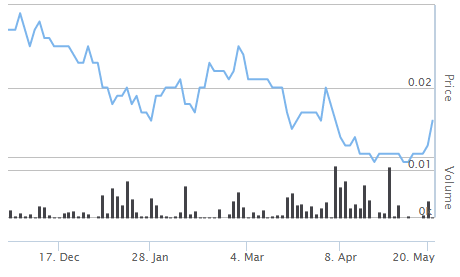