Trading and Vintage Update: As on 30 April 2019, in the trading and vintage update to the exchange, the company reported that the total sales up to March went up by 9% on last year with UK/Europe segment reporting an increase of 19% and Australasia/North America Packaged segment reporting an increase of 5%. While Vintage 2018 crush for the company was 93,000 Vintage and the expected crush of the current period was 114,000 tonnes, the recorded Vintage 2019 crush for the company during the current period was 83,000 tonnes of grapes. Management stated that the vintage was majorly impacted by extreme heat in January and February and the frost that occurred in the vineyards. Vineyard yields in Adelaide Hills went down by 51%, in Barossa the yields decreased by 48%, and in the irrigated regions they declined at a rate of 17% against the previous year and 25% against expectation.

The companyâs contract processed tonnes were reported at 7,600 tonnes, depicting an increase of 3,500 tonnes. The contract processed tonnes were quite short of the contract tonnes of 15,700. Furthermore, there was a decline in third party grower tonnes at a rate of 24% and 8,500 in tonnes. As a result of decline in grape yields, Self-Generating and Regenerating Assets (SGARA) also declined in comparison to last year and against expectations by $4.4 million and $6.5 million, respectively.

From a macro perspective, the Australian wine industry crush in the current year is anticipated to be lower than the 2018 crush by at least 20%. The yields, though decreasing due to unfavourable conditions are indicative of exceptional quality.

The companyâs core business has been performing well reporting an increase in sales by the end of March. UK/Europe sales grew at a rate of 19% and Australasia/North America sales reported an increase of 5%. The company also witnessed good growth in its branded business with sales of three key brands, McGuigan, Tempus Two and Nepenthe reporting an increase by 11% on the previous year. Although the unfavourable weather conditions resulted in declining yields during the business, the company will benefit from its improved core business in the future. 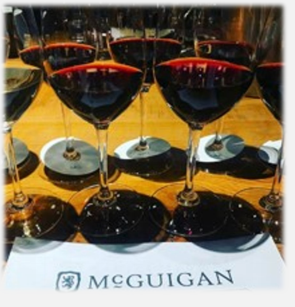 Outlook: On the outlook front, the company expects the Net Profit after tax and before SGARA (Self Generating and Regenerating Assets) to report an increase between 35% and 40% against the previous year. The NPAT after the impact of SGARA is expected to be similar to the previous year.

In the S&P Dow Jones Indices announcement for March 2019, the company was added to the list of All Ordinaries â Effective at the open on March 18, 2019.

Stock Performance: The stock of the company yielded returns of 2.11% and -1.02% over a period of 1 month and 3 months, respectively. The current market price of the stock is $0.485, reporting no change on the previous price. The company has a market capitalisation of $136.14 million and a price earnings multiple of 13.860x. Looking at the current situation in the business, the company has seen an improvement in product mix and its branded business, which in turn has helped it to strengthen its core business. On the other hand, unavoidable negative impact of weather conditions resulted in underperformance against last year and expectations. However, the Management expects FY19 NPAT (after the impact of SGARA) to be in-line with the FY18. As at 14 June 2019, the stock is trading at $0.485 with an annual dividend yield of 3.09%.

Heading Towards Growth: BWX Limited (ASX: BWX) is engaged in the development, manufacturing and distribution of branded skin and hair care products. On 13 June 2019, the company released an announcement to the exchange regarding a change in the interest of a substantial shareholder, Bennelong Australian Equity Partners Ltd with voting power increased from 20.6594% to 22.1791%.

The company released another announcement as on 16 May 2019 regarding Leadership, Training and Governance update wherein it reported regarding the appointment of David Fenlon as the Global CEO & Managing Director. Mr Stephen Brown was appointed as the Sales Director for APAC region. It also stated that it will continue the Board renewal for the search of additional Non-Executive Director. The Management also mentioned FY19 Trading EBITDA guidance being revised to be between $21 million and $23 million. The company expects to see improved margins and a decrease in trade investment in FY20 as it has managed the promotional activity and stock at appropriate levels. Growth in consumption is expected to continue with outperformance in Sukin Skin and Hair categories. On the international front, it is focusing on growth in the US, UK, Europe, Asia and the Middle East.

Outlook: The companyâs core brands remain strong and are expected to drive long term returns for the business. The domestic performance is in a phase of improvement and offshore revenues are also expected to see growth.

Stock Performance: The stock yielded returns of 10.47% and -2.31% over a period of 1 month and 3 months, respectively. The company has a market capitalisation of $262.17 million and a price earnings ratio of 15.18x. Although the period saw a decline in profits due to certain disruptions, the company still seems to have growth prospects with strong consumer demand. Its core brands are well positioned to help drive positive returns in the long term. As at 14 June 2019, the stock is trading at $2.120 with an annual dividend yield of 3.53%.