How is Australiaâs lithium industry responding to the disturbance in prices and demand?

Australiaâs Lithium Industry has entered a troublesome phase due to a sharp decline in concentrate prices. As a result of the fall in prices, local lithium producers have held back plans for expansion and product upgradation due to the chemicalâs oversupply coupled with demand uncertainty. Global consumption of lithium has been impacted by policy changes in China putting pressure on Australiaâs lithium exports.

Altura Mining Limited is engaged in the construction of mine and processing plant at its 100% owned Pilgangoora Lithium Project.

The company recently provided an update on the revised resource and reserve estimate for its flagship project on the back of improvement in mining methods in the past 12 months.

Pilbara Minerals Limited is engaged in the exploration, development and operation of the Pilgangoora Lithium-Tantalum Project.

The company recently announced that the Peopleâs Republic of China provided a nod for the Share Subscription Agreement for the strategic placement of $55 million worth Pilbara Mineralsâ shares to Contemporary Amperex Technology (Hong Kong) Limited. The placement will comprise of two tranches as under:

Galaxy Resources Limited is engaged in the production of lithium concentrate and exploration of minerals.

Orocobre Limited is engaged in the exploration and production of lithium at the flagship Olaroz Lithium Facility and the operation of Borax.

The company recently appointed Hersen Porta to the position of Chief Operating Officer. 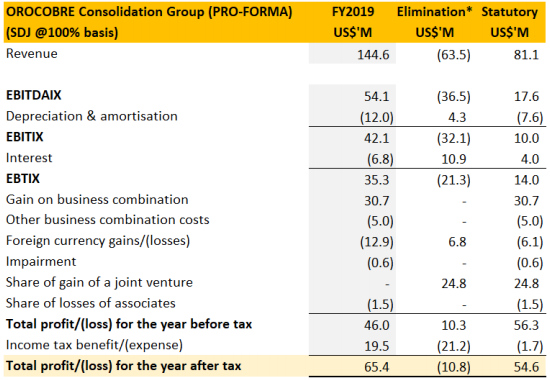 Guidance: In FY20, full year production for Olaroz Liithium Facility is expected to be at least 5% higher than FY19. Production forecast for Borax Argentina has been forecasted to be between 45,000 â 50,000 tonnes.

Lithium Australia NL is engaged in project acquisition, exploration and development in relation to lithium.

The company recently updated that the maiden drilling program at Rana de Sal and Pata Pila which is a part of the Western Basin projects has resulted in discovergy of high grades of more than 900 mg/l Lithium.

As per another update, mineral resource of 684,850 tonnes of contained lithium carbonate equivalent @ 672mg/l Li was identified was North Zone, Candelas Project. The resource estimate exceeded the companyâs expectations providing a strong foundation to advance the Pre-Feasibility Study at Candelas.

Core Lithium Limited is primarily engaged in the exploration of lithium and base metal deposits in Northern Territory and South Australia.

The company recently provided an updated on mineral resource growth drilling and exploration at the Finniss Lithium Project.

Drilling at the project resulted in discovery of high-grade spodumene intersections and is expected to expand the current resources of the company providing substantial addition to the reserves and mine-life of Finniss Lithium Project.

Mineral Resources Limited is primarily engaged in the supplying the resources sector with goods and services.

In August 2019, the company acquired the Parker Range Project in WA, from Cazaly Resources Limited. Total consideration for the transaction amounted to $20 million.

Hawkstone Mining Limited is involved in lithium exploration on the Big Sandy and Lordsburg projects in USA.

The company recently updated that it has issued 125 million shares to the vendors of the Big Sandy Lithium Project and Lordsburg Lithium Project. Significant vendors comprise of the companyâs management team including Managing Director and CTO. The announcement came in after the discovery of maiden mineral resource of 32.5 million tonnes at the Big Sandy Lithium project.

The company has also planned for a stage 3 drilling program for converting the reported exploration targets in 2020.

The stock of the company stock settled the dayâs trade at $0.011, reporting no change on the previous trading price on 11 October 2019.

Lepidico Limited is engaged in mineral exploration and development & licensing of the L-Max Technology.

During the year ended 30 June 2019, the company became the operator of the Karibib Lithium Project in Namibia. The period was characterised by production of high purity lithium hydroxide using a new proprietary process, LOH-MaxTM. The integration of LOH-MaxTM into the Phase 1 Plant design resulted in capital and operating cost savings.

During the year, the company reported a net loss of $5.11 million as compared to $7.22 million in prior corresponding period.

Mali Lithium Limited is focussed on developing a project in Mali- Goulamina Lithium Project in West Africa. In July 2018, the company released the results of its Pre-Feasibility Study and is currently in process to complete its Definitive Feasibility Study.