Increasing concerns regarding the global economic health, the trade war between the two largest economies China and the United States, and disruptive effect of Brexit were among the factors that played a significant part in several ups and downs in oil prices in 2019.

However, some of these concerns seem to abate, including an expected phase one trade deal between the US and China during this month and the promise of newly elected Prime Minister Boris Johnson to deliver Brexit by January 2020.

On 3rd January 2020, the US conducted an airstrike in Baghdad, killing the top military commander of Iran- Major General Qassem Soleimani. The event had an immediate ramification on sensitive assets such as gold and crude oil, whose prices shot-up on the energy exchanges.

Globally, demand for oil registered an increase of 900,000 barrels a day year on year in the third quarter of 2019, which was also the strongest annual growth ever recorded in a year, according to Oil Market Report - December 2019, by the IEA (International Energy Agency). For 2020, the organisation has forecast global oil demand growth of 1.2 million barrels a day.

Despite the OPEC plan to cut the production level, the organisation is expecting global oil inventories to build by 0.7 million barrels a day in the market in the first quarter of 2020.

Meanwhile, several analysts are of the view that the US killing of a top Iranian general that pushed oil prices as well as several oil stocks sharply on 3rd January 2020 might affect global oil production, if there is a pick-up in the tensions between the two nations.

However, the United States seems to be well positioned to respond relatively quickly to supply issues. The country emerged out as a net oil exporter (89,000 barrels a day) in September 2019. By late-2020 or early 2021, the US intends to become a sustained net exporter.

Interesting Read: Oil Price and Forecasts; Prominence Energy All Set to Thrive in This Environment

With this backdrop, let us discuss ASX-listed Prominence Energy NL (ASX: PRM), an oil and gas exploration and development company, which is best known for its high margin, low capex, oil appraisal/development project - Bowsprit located offshore Louisiana in the US. 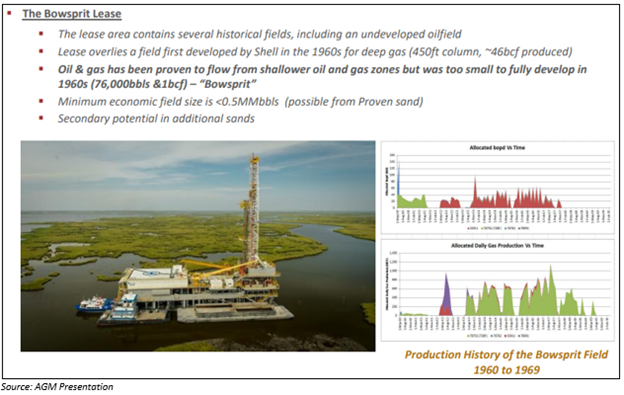 PRM has already secured all the required permits to drill first well at the Bowsprit oil project. The company is currently in discussions with several parties regarding a farm-out deal, targeted towards securing funding for the first well drilling program.

Recently, the company obtained short-term funding in the form of a Convertible Note from its existing shareholders including Fastlane Australia Pty, Bellarine Gold Pty Ltd and corporate advisor GTT Ventures.

In 2020, the company intends to progress the Bowsprit oil project towards production.