As per global market experts, the global market for lithium-ion batteries is forecast to expand at a CAGR of 15% and reach $ 56 billion by 2024 at the backdrop of rising demand for sustainably complaint, low cost, and energy-efficient energy sources. Especially across Australia, there are various lithium companies leveraging on the highly lucrative and booming lithium market.

Two of the well-known Australian lithium players are discussed as below.

Neometals Ltd (ASX: NMT), based in West Perth, Australia, is engaged in the exploration and evaluation of mineral properties such as lithium, titanium, and vanadium. The company’s core projects include the Barrambie Vanadium and Titanium Project, the Lithium Ion Battery Recycling Project and the Lithium Refinery Project. In addition, Neometals has some long-term projects including Mt Edwards, ELi Process, LiCl Direct Extraction, LTO Anode Production and Neomet.

Recently on 20 June 2019, Neometals announced that it had reached a binding memorandum of understanding (MoU) with India-based Manikaran Power Limited to jointly fund the evaluation and feasibility study for the development of the first lithium refinery in India.

Manikaran is ranked as the third-largest power trading and diversified renewable non-government energy company in India.

Under the agreement, both parties will contribute their respective expertise, resources and know-how towards achieving a positive outcome from the activities and also share costs equally. Upon completion of the feasibility analysis, and subject to agreement on terms, the parties will consider a final investment decision (FID) for an equal joint venture (JV) for further progressing and developing the LITHIUM REFINERY.

In the event of a positive FID and formation of a JV, Neometals would contribute to the venture its ‘Life-Of-Mine’ Offtake Option volume (up to 57,000t per annum of 6% spodumene concentrate) retained as part of the Mt Marion equity sale agreement. Meanwhile, Manikaran will take the lead role in obtaining project financing for a minimum 50% of the requisite capital expenditure, securing regulatory approvals and subsidies from the government of India, selecting a suitable site for the lithium refinery, and ensuring basic utility and reagent supplies.

The MoU marks a crucial development for Neometals and is in line with its downstream lithium processing strategy. It would allow for participation in a higher value, higher margin lithium chemical production for electric vehicles, stationary energy storage and a more sustainable future.

The feasibility study is estimated to take approximately 18 to 24 months, with an FID on whether to proceed with a potential JV likely to be considered in the first half of CY 2021.

As per the company, the fundamentals for the lithium market appear strong, but a supply deficit is expected to emerge in mid-20’s despite new capacity. 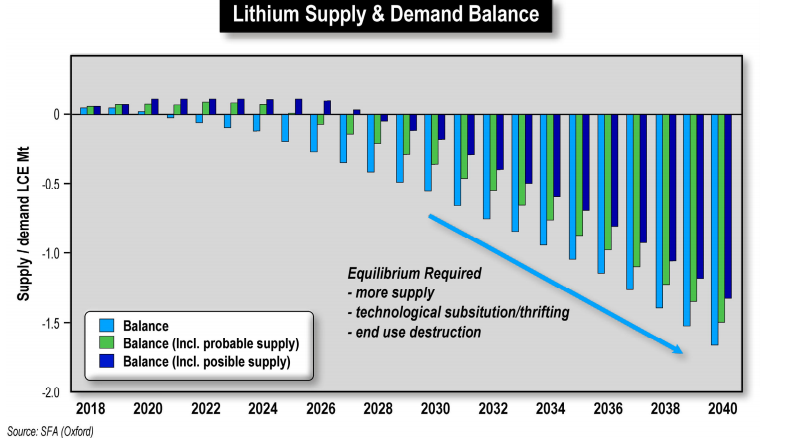 Lithium Australia NL (ASX: LIT), based in West Perth, is engaged in acquisition, extraction, recovery and development of lithium, as the company aspires to 'close the loop' on the energy-metal cycle in an ethical and sustainable manner. The company has developed a portfolio of projects and partnerships, in addition to proprietary extraction processes to convert lithium silicates (including mine waste) into lithium chemicals. Going forth, the company plans to introduce modern components for the lithium-ion battery industry and also start with the recycling of spent batteries and e-waste. 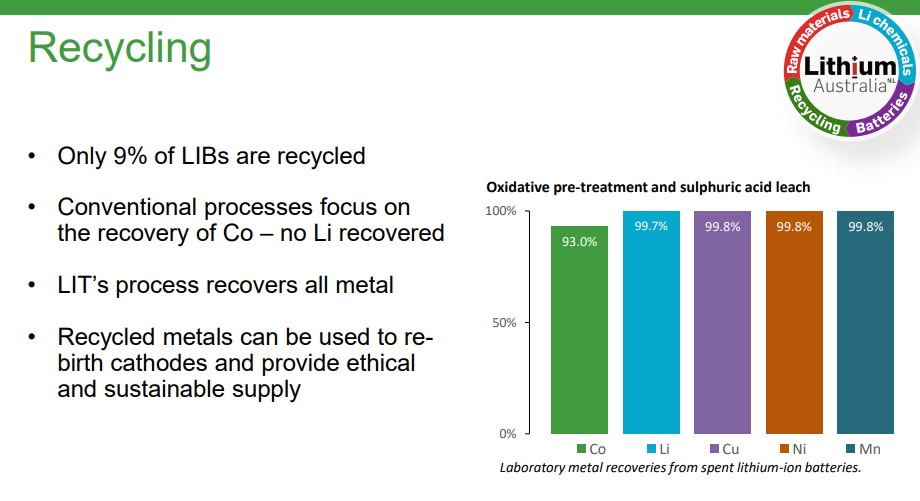 Recently on 20 June 2019, Lithium Australia announced to have discovered lithium-anomalous pegmatite dykes at its Dudley prospect located on the eastern side of the Kangaroo Island Project, 100 km southwest of Adelaide, and have a combined area of 90 km2. 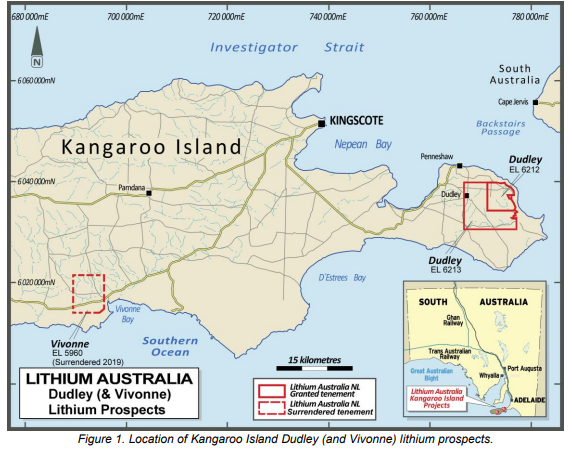 The host pegmatites demonstrate anomalous lithium, rubidium and tantalum. It is a significant discovery for Lithium Australia as some of the world’s largest lithium companies are showing active interest to invest in lithium pegmatites in Australia.

On the same day, Lithium Australia informed that it had acquired an additional interest (now stands at 11.76%) in Envirostream Australia Pty Ltd at a value consideration of $ 100,000.

As per the agreement signed with Envirostream, Lithium Australia plans to eventually raise its stake to 18.91%. Envirostream will direct the proceeds towards boosting its capacity concerning the recycling of lithium-ion batteries. Moreover, under the terms of the deal, Envirostream will supply spent cathode powder to Lithium Australia. This powder will be processed into raw materials. Moreover, the company will use the proprietary VSPC cathode powder production technology of LIT to regenerate cathode powders from the powder.

On 22 May 2019, the company announced to have completed a Mineral Resource Estimate for a portion of the Youanmi Complex in the mid-west region of Western Australia and outlined a strategy to use its vanadium assets to enhance value for shareholders. 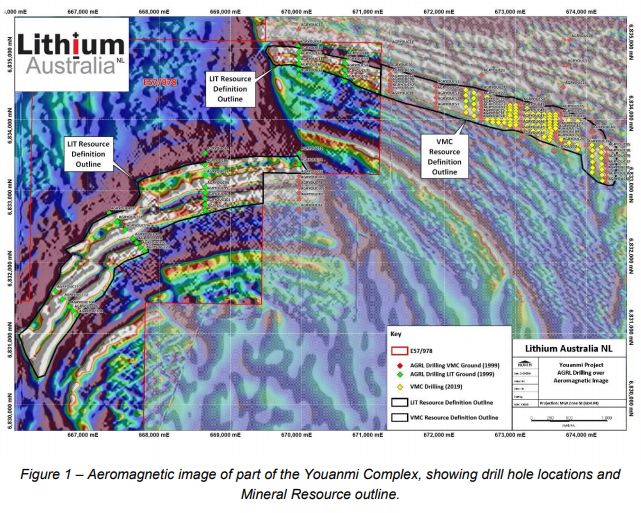 According to estimates, Inferred Mineral Resource at Youanmi stands at 185 Mt at 0.33% V2O5 using a cut-off grade of 0.2% V2O5. The resource includes oxide resources of 96 Mt at 0.34% V2O5, while fresh resources stand at 88 Mt at 0.33% V2O5. The resource is located within E57/978, held by Diversity Resources Pty Ltd. According to a company announcement made on 11 December 2018, Lithium Australia has an option to purchase it.

Given the company acknowledges the competition from alternative technologies in the battery field; in particular, vanadium flow batteries, it plans to evaluate the potential to establish partnerships that leverage its current position with respect to vanadium.

Going forth, Lithium Australia intends to evaluate the metallurgical characteristics of the oxide mineralisation at Youanmi. Initially, the company will assess the potential for direct leaching of the vanadium and associated base metals. The planning for a drilling programme is also underway. Meanwhile, the company plans to perform a preliminary evaluation of the fresh material. With necessary approvals in place for the drilling of the nearby lithium pegmatites, it is expected to commence in the September 2019 quarter, if the weather permits.