On 24 May 2019, FirstWave Cloud Technology Limited (ASX: FCT), a leading cloud security technology company announced that it had secured its first win under its recently signed reseller agreement with SHELT Global Ltd (SHELT). The win is of Tier 1 Service Provider, Telecel RCA, headquartered in Africa. 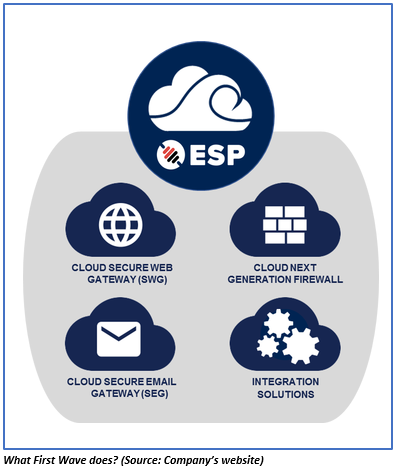 Telecel CAR, Telecel Group’s operating company in the Central African Republic, joined the Cloud Content Security Platform (CCSP) of the company and is planning to use the FirstWave platform for its customers, as well as its various associated companies throughout Africa. The billing would start from May 2019.

The announcement highlighted that out of the several opportunities, and this is the first conversion among the underdeveloped ones by SHELT. The company expects more opportunities to be converted in the upcoming months. The win, along with other opportunities, supports the current forecast of year one revenue for the Middle East and Africa region to be around A$2 million.

This first win proves the strength of the SHELT network along, with the quality of the sales team that operates across the Middle East and African region. This win further confirms the global applicability of FirstWave’s CCSP along with the decision to invest in a team to serve the EMEA region. Apart from this, the win also shows the pace at which the opportunities can be converted to sales and revenue via the SHELT reseller agreement.

On 23 May 2019, the company released another announcement where it had highlighted that Cisco had confirmed the addition of its first customer under the OEM Agreement, signed between FirstWave and Cisco Systems Inc. in July 2018.

As per the OEM agreement, the patented multi-tenanting technology of the company enables the end user to access unique cloud service orchestration platform for differentiated email, next-generation firewall along with the web security. The proprietary platform technology of the company is a ‘turnkey’ solution for global service providers as it delivers new enterprise-grade cloud security services to their clients across the world. The win would contribute significantly to the Asia-Pacific target of the annual revenue of $20 million over the next three years. The win is a significant milestone in the company’s relationship with Cisco.

Also, for the March 2019 quarter which ended on 31 March 2019, the company signed NTT Data UK as new systems integrator (SI) partner after the successful proof of value. Thus, opening a new path to global markets with the focus on EMEA. The company re-signed Telstra product services agreement. During the period, the company also launched the next generation public cloud platform on AWS in London for supporting EMEA expansion. In March 2019, the company raised $6.5 million capital, which strengthened the cash position of the company.

During the Q4 period, the company would focus on as follows: