Energy exploration and production company, Eon NRG Ltd (ASX: E2E) is primarily involved in the drilling of high impact oil exploration wells. The company’s growth plan is supported by 100% owned and operated long life oil and gas production assets, which include 15,750 acres of oil and gas leases in the Powder River Basin (PRB), Borie Field Silvertip Field and two producing oilfields in California. The PRB leases have a 10-year term and no drilling commitments.

For quite some time, the company is involved in the development of its PRB leases and is planning to drill its first PRB well, the Govt Kaehne #9-29 well. Recently in July 2019, after receiving necessary state and federal approvals, the company commenced the earthworks for the building of the well pad. The oil and gas production company recently confirmed that it has finished the construction of the access road and well pad for the first PRB well.

Eon also informed that it has selected Capstar Drilling as the contractor that will be engaged in drilling the Govt Kaehne well, utilising rig #312 which has been actively drilling through the summer and has a very experienced crew. It is expected that the rig will reach the site by early November 2019.

The company intends to drill its first PRB well to a total depth of ~6,300 feet, which is expected to take around 12 days and upon reaching the total depth, it will perform a drill stem testing and open hole logging to evaluate the reservoir and deliverability. Additionally, it will take further 45 days to complete the well for production. Only after this, oil production and sales will start happening.

In latest release, the company has also informed that it is considering selling a portion of its interest in the Govt Kaehne well to industry partners, to have the necessary funds to complete the well, without raising additional capital by issuing more equity or increasing debt. The company believes that by doing this, it will secure a stronger position for future development opportunities and has assured that it will retain a majority interest in the well and operations of the well.

Eon already has a revolving line of credit (RLOC) loan facility from ANB Bank, which supports the company’s growth plan. As announced on 2 September 2019, the loan facility was recently extended for further one year with a new expiry date of 1 October 2020. 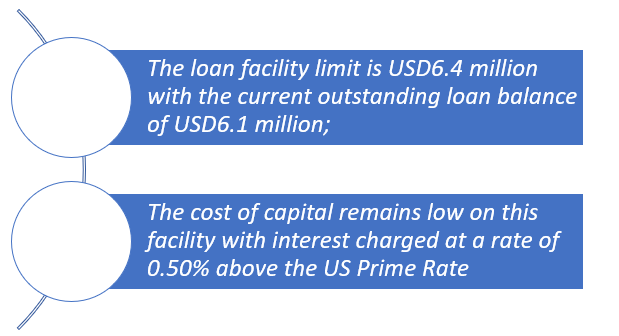 The Company has earlier indicated that it will consider reducing bank debt through the sale of some of its production assets as opportunities arise. 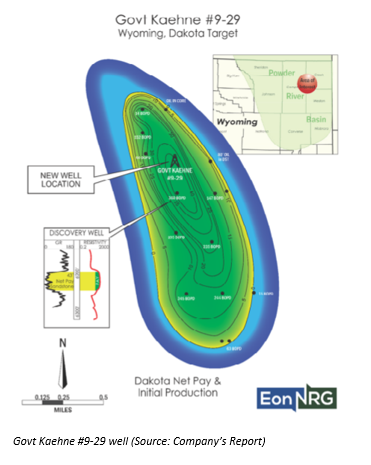 Borie Field, DJ Basin, Wyoming - A number of other workovers were carried out at Borie in Q1 and Q2-FY19, which resulted in an increase in production. The company is of the view that Borie Field may have the potential for higher production from formations that are behind pipe in existing wells. Eon is currently working to find out the best way to access these additional reserves.

Silvertip Field, Bighorn Basin, Wyoming – Eon is focussed on further improving the efficiency of the field through optimising the infrastructure (gas processing plant), optimising well performance, and assessing the potential for oil and gas production from deeper formations in the Field.