Antipa Minerals Ltd (ASX:AZY) is a mineral exploration company focussed on the Paterson province in north-western Australia. The company first entered the province in 2011. It used its early entry to the advantage of building a tenement holding of approximately 5,000km square. The company has also established a mineral resource on its 100%? owned tenements (North Telfer and Paterson project). This is with the Minyari? WACA, Chicken Ranch area and Timâs Dome deposits which comprise of 827,000 ounces of gold and 26,000 tonnes of copper.

Expenditure required to be incurred by RI0 under Farm-in Terms to earn up to a 75% JV interest include:

However, Rio Tinto exercises the right to withdraw from the project at the completion of each annual exploration programme.

On 16th May 2019, the company announced that Rio Tinto had confirmed the commitment towards the Citadel Project Farm?in and Joint Venture, in the Patersonâs province. The company had resumed operatorship and the execution of the Citadel Exploration Programme in late March 2019. The budget allocated towards the exploration programme for the calendar year 2019 was $3.4million. It would be completely funded by Rio Tinto; prone to changes in case of results, field conditions and ongoing review. The activity would include drilling of existing targets and further target generation work.

On the completion of this programme, Rio Tinto would earn an initial 51% JV interest in the Citadel project. In 2019, AZY aims to deliver the greenfield discoveries and increase the brownfield gold and/or copper resource. The exploration at Citadel would leverage this aim.

A Gradient Array Induced Polarisation survey, across almost 620km square within the Citadel Project plans to identify disseminated sulphides linked with Telfer, Winu and Calibre style copper?gold?silver mineral systems. It would begin in June and take two months. New greenfield targets are set to be drill tested during the second half of the 2019 calendar year. 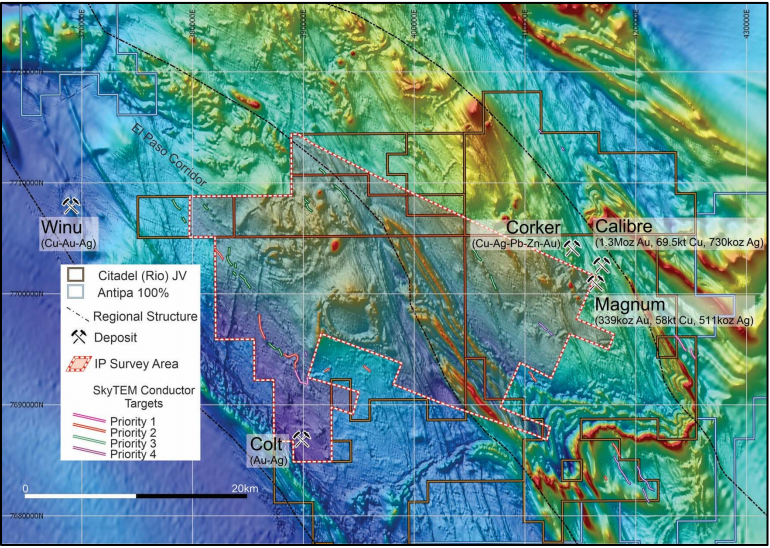 Other exploration targets related to the Citadel project for 2019 include preparation of geophysical and heritage surveys and drilling programmes, on-going target generation from data and possible Calibre deposit Mineral Resource update following drilling. 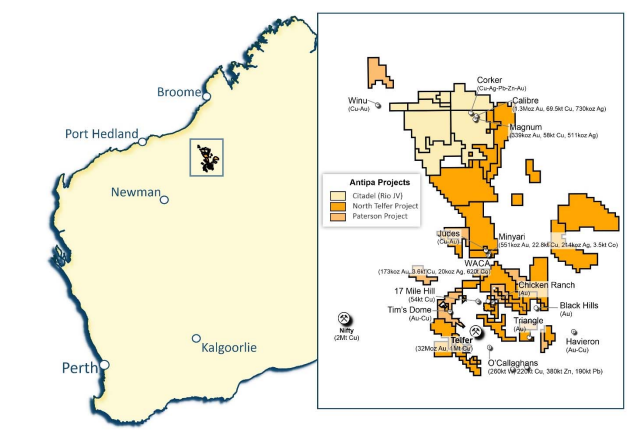