The art & science of winemaking has been around for thousands of years. It is a natural process that requires minimal human interventions. However, each winemaker has a different technique to produce its wine. The winemaking process includes stages that start from Harvesting, followed by Crushing & Pressing, Fermentation, Clarification, and ends with Aging & Bottling.

In this article, we would discuss two such wine companies listed on ASX. These wine companies are categorised in the Consumer Staples sector under the industry – Food, Beverage & Tobacco.

On 21 October 2019, the company announced that Mr Michael Clarke had informed the Board about his intention to retire from the role of Managing Director and Chief Executive Officer in the first quarter of fiscal 2021.

Mr Clarke has provided the notice of approximately one year, and he intends to return to the United Kingdom to spend more time with family. The Board of the company also announced that Mr Tim Ford – Chief Operating Officer would be taking up the role of Chief Executive Officer after the retirement of Mr Clarke.

Paul Rayner – Chairman of the company, stated that Mr Clarke has been responsible for delivering extraordinary transformation and outstanding financial returns in the past five and a half years.

Since the time he joined the company, the structural changes and initiatives bought by him had established the company as a comparatively stronger business. The business is capable of delivering sustainable, margin accretive growth in the future. 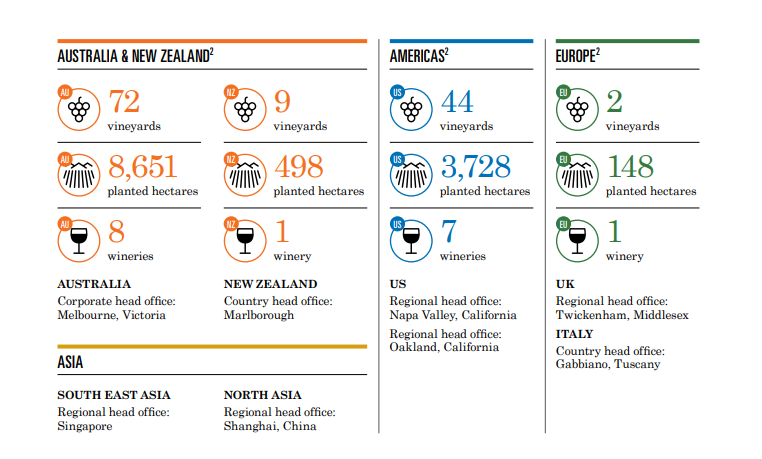 Mr Rayner also added that Mr Ford has worked with Mr Clarke, and in diverse roles in the company over the past eight years. Since January 2019, Mr Ford has been running the operations of all the company’s regions in his capacity as a COO. He also said that the company’s five-year strategic plans have the best years to follow, and an excellent management team is in place to complement these plans.

Five and a half-year of Mr Clarke

In March 2014, Mr Clarke started as the Chief Executive Officer of the company. Mr Rayner, in his report, talked about the strategic roadmap for the company that was prepared by the management and Board.

In his AGM address, Mr Clarke stated that FY 2019 was a great year for the company. The results depict the momentum in the business achieved by premiumisation strategy, and disciplined investments in the business over recent years.

In FY 2019, the company made investments to propel luxury growth through the acquisition of French production & vineyard assets in the Bordeaux region. In addition, the company invested in Bilyara winery site to improve luxury winemaking capacity in Australia. These investments are an important step towards the execution of the company’s growth strategy.

An integrated wine company with capabilities that extends to vineyards, boutique and large volume wine production, packaging, marketing and distribution.

It has significant vineyard holdings and leases across South-Eastern Australia. Its vineyard and grape supplying capacity comprise of the country’s most diverse wine regions, including the Hunter Valley, Barossa Valley, the Murray-Darling, Langhorne Creek, Limestone Coast regions, Adelaide Hills and Eden Valley.

McGuigan Wines is a global brand that is available throughout the world. The brand’s quality, consistency, and value always deliver on the consumer’s expectations. Besides, the company intends to make the best possible wine at the best possible price.

Reportedly, the roots of the brand are located in the country’s one of the oldest wine regions – the Hunter Valley. Tempus two reflects the style of the business, including labels & bottles, are the epitome of style. The wines are a testament to the company’s contemporary and distinctive look & feel that is developed with passion & sophistication.

Reportedly, the brand is housed in the high altitude, cool climate and attractive Adelaide Hills region in South Australia. The brand’s elegant range of wines is the result of passionate winemaking, innovative grape varieties, and careful vineyard management.

Further, Nepenthe wines are handcrafted, premium & award-winning and are backed by the subtle regional nuances and strength of varietal faithfulness. 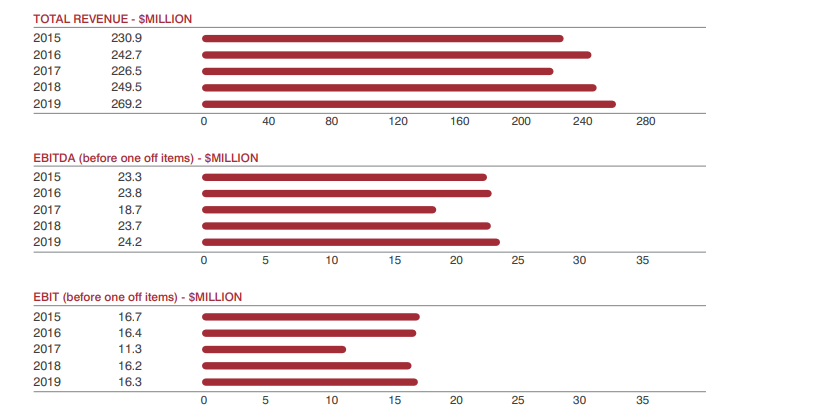 Reportedly, the company’s financial position continues to improve with net borrowing of $72.4 million at the year ended 30 June 2019. It was the lowest level of net debt of the company since 2002.

The company has planned to shrink the capital spending for FY 20, and it is expected that the net debt would decrease. It recorded a positive operating cash flow of $23.6 million compared to $26.7 million last year, and lower cash flow was credited to unplanned bulk wine purchases of $9.4 million.

Further, the company’s focus on three-key brands have had delivered strong results with the sales increasing by 10% during the year. In the UK market, sales for McGuigan grew by 13%, Tempus Two grew by 14% while McGuigan is the third-largest global brand in the UK.