Alice Queen Limited (ASX: AQX), a Victoria-based advanced gold and copper explorer, on 23 January 2020, released an update for exploration activities across all its projects. The company has its flagship project - Horn Island in Queensland and other key projects in the Northern Molong Belt region, which are the centre of its strategy towards boosting shareholder value in 2020.

For the Horn Island gold project, the company has an earn-in and joint venture agreement (EIJVA) with AUD 2 billion market capitalisation company- St Barbara Limited (ASX: SBM), targeted towards mutually exploring and developing the project into a profitable gold mine. 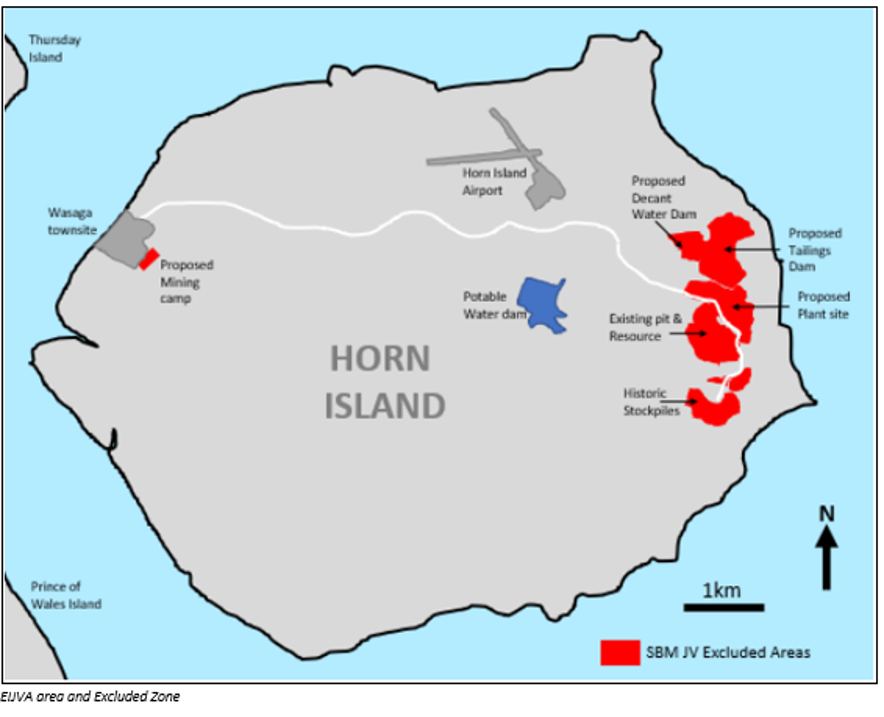 To know more about the AQX-SBM deal, do read: An In-depth Look at Alice Queen - St Barbara Joint Venture for Horn Island Project

Under the EIJVA, SBM holds the right to earn into the project (maximum 70 per cent interest) in exchange for a sole funding of AUD 4 million within a 3-year period.

As of now, as part of their tie up, following activities have been completed:

Results from the completed programs are due for assessment ahead of the next stage in the exploration program.

There are few “excluded zones” from the deal, including the historic Horn Island Pit area, where drilling is now underway as part of a targeted PQ diamond core drill program, which involves three holes for 540 metres.

AQX is targeting the program towards providing a larger sample size from within the existing Mineral Resource in order to further advance planning for future drilling at the Mineral Resource. Additionally, the program would generate sufficient material for bulk ore sorting testwork.

The company plans to conduct the testwork with Tomra ore sorting technologies, as they have the potential to lower the mass of material by a significant level before milling by separating the veins from the host rock.

The gold within the Horn Island Inferred Mineral Resource is predominantly contained within the quartz veins and not within the host rock. Given Tomra is successful in achieving what is expected, there could be significant reduction in both the scale and cost of the processing plant required. This might also result in potential operating cost savings for the company.

In the Yarindury project targeting large-scale copper gold (Cu Ag) porphyry systems, the company owns a 100% interest. In September 2019, AQX announced the enhanced prospectivity of the project after exceptional copper-gold results were unveiled by, AUD 400 million market capitalisation gold producer Alkane Resources Limited (ASX: ALK) within 700 metres of the boundary of the project.

A diamond drilling program at the project is nearing completion, with the drilling process currently at the ninth hole. Moreover, the company is in land access negotiations to get access to additional target areas. Drilling applications are also being made to secure further approvals within the Yarindury licence.

The work resulted in the identification of two further large-scale copper gold porphyry target areas for future exploration. The company plans to progress these target areas during 2020.

For the Mendooran project, the company concluded a Review of Environmental Factors (REF) and lodged the same with the New South Wales, National Parks and Wildlife Service (NPWS) for determination, with the organisation delivering a positive view during late-2019.

As a result, the company is negotiating arrangements while seeking final approvals for land access within the Goonoo Goonoo State Conservation Area of the Mendooran tenement (EL8469).

Boda East is located within the Yarindury licence area. Alice Queen is continuing to pursue land access within the area, which is adjacent to the Alkane discovery hole with the tenement boundary being only approximately 700 metres away.