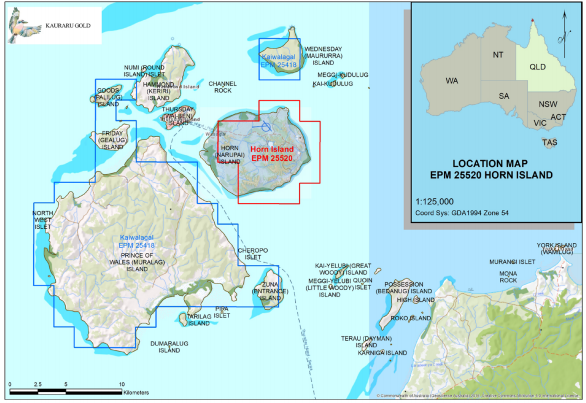 On 20 August 2019, AQX announced to have started the maiden works program at the Horn Island project, as part of its joint venture with Australia-based mid-tier gold producer St Barbara Limited (ASX: SBM). Under the infill soils sampling program, the company intends to collect additional data for carrying out further studies related to metal zonation. The program coincides with a complex structural framework that is similar to the Horn Island pit deposit and observed in the already completed airborne geophysical program.

The infill soils sampling program, which is now underway, would target the NW surface strike extension which is approximately 2 kilometres from the existing Horn Island gold resource of nearly 0.5 million ounces JORC inferred to the Naboo prospect. The soils survey grid is inclusive of 200 meters of spaced NE orientated lines with sample intervals at 50 metres. Below figure illustrates the maiden Horn Island JV works program and the planned soil sampling program. 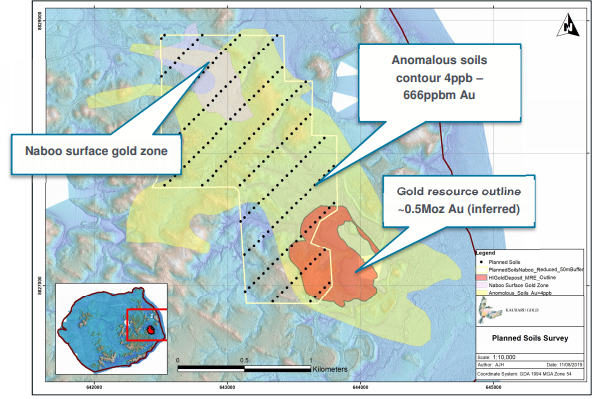 Mr Andrew Buxton, the Managing Director of Alice Queen Limited, referred to the commencement of the maiden works program as âa significant achievementâ for the partners (AQX and SBM), as they initiated the JV works program within two months of entering the JV. Moreover, Mr Andrew stated that the program indicates a considerable shift in exploration focus at the project, as it would target potential large-scale IRGS gold deposits, backed by the companyâs extensive body of work performed over the period of last three years.

Field mapping and surface chip sampling from earlier activities have identified several high-grade gold veins at the project. Some of these veins occur in clusters within the soil sampling zone.

In the month of June 2019, Kauraru Gold Pty Ltd, which is an 84.5 per cent owned subsidiary of Alice Queen Limited, executed an earn-in and joint venture agreement (EIJVA) with St Barbara Limited. As part of the EIJVA announced to the market on 5 June 2019, St Barbara received the right to earn a 70 per cent interest in the project, in exchange for an investment of AUD 4 million in the Horn Island project within a period of three years.

However, the earn-in right excludes the historic Horn Island Pit area. Additionally, the pit deposit area that is the subject of AQXâs existing inferred mineral resource of 7.96 million tonnes @ 1.9 grams per tonne of gold for 492,000 ounces doesnât come under the EIJVA. Moreover, the EIJVA excludes several other areas of EPM25520, including waste dumps, the historical low-grade ore stockpiles and alluvial target areas across the island. Furthermore, the process water dam, tailings dams and other historical infrastructure are excluded from the JV. 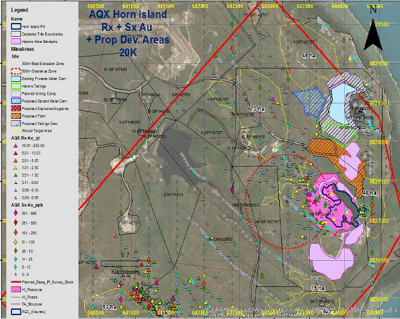 However, St Barbara can exercise an option of earning a 70 per cent interest in the excluded zone. For earning the stake, either in full or in parts, the company is required to earn the earn-in interest for a fair value (determined at the time of the acquisition).

Under the arrangements, AQX guarantees the obligations of its subsidiary. Meanwhile, AQX would continue with its exploration activities on the project through to BFS in the excluded zones. Via the joint venture partnership with St Barbara, the company is expecting to explore and develop the Horn Island project into a profitable gold mine by releasing and fully maximising its potential. St Barbara, which is the owner and developer of mines in Western Australia and Papua New Guinea, holds extensive experience in a gold project development on an island that lends topographical synergies to Horn Island.

Moreover, the AQX subsidiary and St Barbara have entered into a cross-operation agreement and a services agreement, concerning the EIJVA execution. Under the cross-operation agreement, Kauraru has reached an accord with St Barbara, according to which the former would not start mining activities during the earn-in or joint venture period; however, it can perform exploration activities in the excluded zone including a bankable feasibility study for a small-scale mining operation. As per the agreement, the two partners are required to give priority to activities in the project area.

While under the services agreement, Kauraru is responsible for providing personnel services and operational support, in addition to the provision of equipment and facilities and stakeholder engagement during the EIJVA.