During the quarter, an infill surface soil and rock chip program was undertaken over an area of 2km x 1km to the northwest of the existing open pit (part of the JV program) and 0.5Moz Inferred Mineral Resource (excluded from the JV program), as part of the target generation program for large-scale Intrusion Related Gold Systems (IRGS).

The company reviewed the multi-element geochemical analyses, which highlighted that anomalous gold in surface samples is associated with enriched Sb-Ag-As-Pb-Zn, in line with the gold and multi-element association observed in the Horn Island Mineral Resource and similar to the geochemical signature of other intrusion related gold deposits in Queensland.

In the month of December, Alice Queen also completed a Dipole Dipole Induced Polarisation (DDIP) survey to target a broader area than the surface program covering 3km x 2.5km. Results from the survey are still being interpreted. 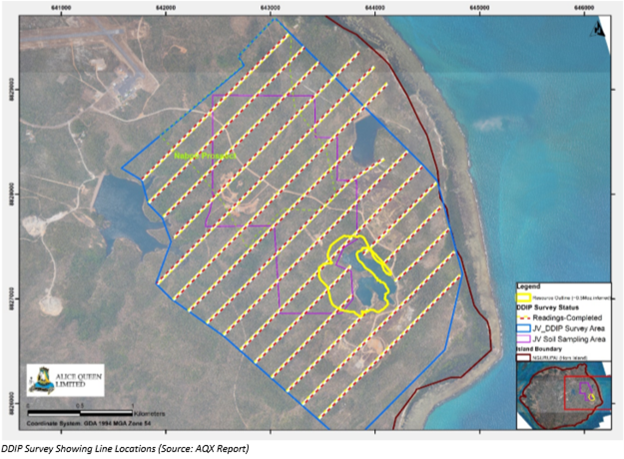 Alice Queen also made preparations during the quarter to commence a limited PQ diamond core drill program, which was started in January 2020.

The program includes 3 holes for 490 metres to provide a larger sample size from within the existing Mineral Resource, targeted to further advance planning for drilling at the Mineral Resource in the future. This will also deliver sufficient material for bulk ore sorting testwork with Tomra.

The drill program results are expected in the quarter ending March 2020.

Since 2016, the company is operating in the Northern Molong Belt, where it has a large portfolio of 100% owned tenements including Boda East, only 700 metres away from the Boda discovery by Alkane Resources Ltd (ASX: ALK) in September 2019. After this discovery, investors, shareholders and other parties expressed significant interest in the prospectivity of AQX’s Northern Molong Projects.

During the December quarter, the company commenced a 9-hole drilling program at its Yarindury project (EL8646), focusing on high-quality porphyry gold-copper (Au-Cu) targets. Of the total holes, first three holes were completed before December, resulting in cover thickness of ~60 metres which was substantially thinner than what was predicted (approximately 200 metres). Provided the mineralisation is intersected, shallow nature of the cover will improve the economic potential of the project.

As of now, the company has completed 8 of the total 9 holes. Results from logging, sampling and assaying are expected in the quarter ending March 2020. 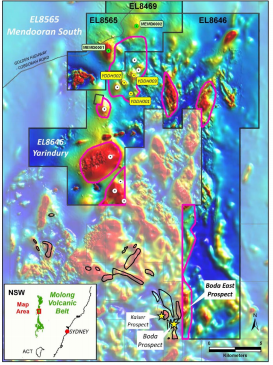 Alice Queen had cash and cash equivalents of $ 1.32 million at the end of three months to December 2019. Additionally, the company has a track record of successfully raising capital to continue to pursue exploration programs.