How Disney and FUBO stocks have fared this year?

List of popular built-in indicators for any trading strategy

Should you flick through these three artificial intelligence stocks?


Several food companies saw their sales recover in the March quarter, while some witnessed sales bouncing back to their pre-pandemic levels.

Restaurant operators and food companies could get a further boost in their sales from the U.S. health agency’s recent announcement that fully vaccinated people can resume activities without masks or physical distance.

Here, we explore stocks of five food companies as restaurants reopen in the U.S. with fewer restrictions.

The Illinois-based company’s U.S. comparable sales rose 13.6 percent year over year in the first quarter. At the same time, it rose 0.6 percent and 6.4 percent in the International Operated unit and International Developmental Licensed unit, respectively.

The fast-food restaurant chain’s stock has grown 22 percent in the last one-year period and is up 8 percent year to date.

Yum! Brands stock rose around 35 percent in the last one year while it slightly increased by 0.6 percent year to date.

Similar to McDonald’s and Yum! Brands, Starbucks has also seen a full recovery in U.S. sales.

Starbuck’s share price surged 42 percent in the last one year and is up 4.8 percent year to date.

Beyond Meat’s March quarter net revenue in the U.S. jumped 11 percent during the quarter as a 27.8 percent growth from its retail segment offset the 26 percent decline in the foodservice segment.

The plant-based meat alternatives producer’s food service channel has been badly hit by the pandemic. However, Beyond Meat CEO Ethan Brown said the company is witnessing a “slow thaw” in its foodservice channel.

The company, which has partnerships with McDonald’s, Yum! Brands, and several retailers, including Walmart, Whole Foods Market, and Kroger, is expecting its second-quarter net revenues to grow up to 32 percent year over year.

Beyond Meat stock rose almost 1 percent in the last one year while it is up 12 percent year to date.

This plant-based food company recently announced a deal to buy New Mexico Food Distributors, Inc. and Karsten Tortilla Factory, LLC in Mexico, in a bid to expand its product lines and manufacturing.

The company recently reported a 59 percent year-over-year increase in its March quarter revenue as revenue from Tattooed Chef branded products more than doubled during the period.

Tattooed Chef targets its full-year revenue to grow in the range of 58 percent to 63 percent.

The company became public in October 2020 through a reverse merger. The stock declined 7 percent since it started trading and is down 6 percent year to date. 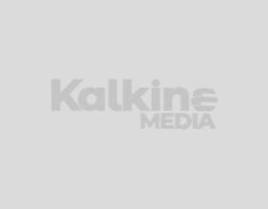 Flick through three US restaurant stocks in February

What happens if you don't pay your taxes?

Should you flick through these US mid-cap stocks?

How did these three US industrial stocks fare in January?