What Are Large-Cap Stocks?

Large-cap stocks are companies whose market capitalizations are around US$10 billion-200 billion. These companies hold a significant position in the market for producing quality goods and services. Generally, they have operations in multiple countries, and they are likely to have diversified their business.

As a result, they have substantial growth prospects compared to small and mid-cap firms. In addition, large companies sometimes acquire smaller firms for market primacy.

Let's look at the benefits of investing in large stocks:

These stocks are generally stable. They are typically amongst the top businesses, and in some cases, the market leaders. Such companies usually have the money to stand an economic slowdown, thus having stability. Generally, the matured companies pay a dividend to their investors. It is an extra income for many conservative investors.

The company offers a broad cloud-based software suite that allows the users to automate the agreement process and provide e-signatures from almost any device. It serves hundreds and thousands of customers across the world. Its market cap is around US$46.521 billion.

The stock was trading at around US$240 on June 10. DocuSign's revenue was around US$469.1 million. It increased by almost 58% in a year. The company's subscription revenue was approximately US$451.9 million.

The company manufactures glucose monitoring systems for diabetic patients. In the first quarter of 2021, the worldwide revenue of Dexcom grew by almost 25% to around US$505 million. The market capitalization of Dexcom is around US$37.83 billion.

It recently launched its first venture fund Dexcom Ventures. It will focus on independent initiatives in glucose sensing technologies and the adjacent metabolic monitoring fields and mark the entrance into the venture capital space. The stock was trading at around US$394 on June 10. 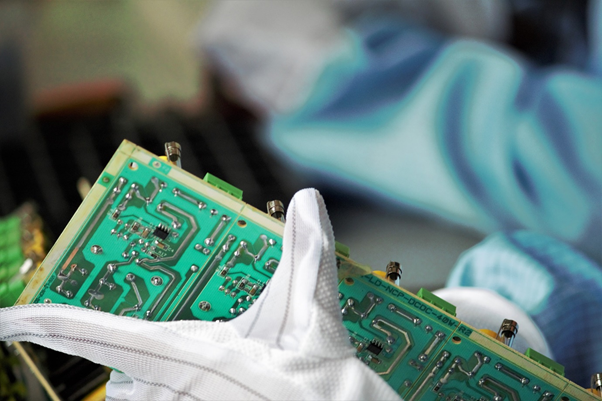 The company offers a global technology platform that helps customers and communities to overcome financial challenges. It has approximately 100 million customers worldwide and sells products like TurboTax, QuickBooks, Mint, and Credit Karma. Its market cap is around US$128.888 billion.

As of June 10, 2021, its stock price was around US$472. It rose around 30% in the last six months. Its business, Credit Karma, reached a record high in revenue during March. In addition, the company expects its TurboTax Live to grow more than 70%.

It is an online commerce ecosystem in Latin America. The net revenues for the first quarter were around US$1.4 billion, and gross profit was around US$591.4 million. Its market cap is about US$68.5 billion. The income from operations was around US$90.8 million, in comparison to a loss of US$29.7 million during the previous year.

It is a software company, and its clients are from the engineering, and construction sectors. Its market cap is around US$61.2 billion. As of June 10, the stock price was about US$278. It rose by 27% over the past one year.

The cash flow from operating activities was approximately US$336 million, which is an increase of US$9 million compared to that of the first quarter of 2020.

On June 6, it proposed to acquire all outstanding shares of Altium Limited for AUD$38.50.

The company designs integrated circuits primarily for networking, data storage and communications. As of June 10, 2021, the stock was trading at around US$51. In the past six months, it has increased by 19%. Its market cap is around US$41.9 billion. It expects net revenue of US$1.065 billion in Q2 of FY2022.

On June 3, 2021, the company announced a quarterly dividend of US$0.06. The GAAP operating expenses are expected to be between US$633 million and US$643 million.

Ross Stores is a fashion chain with over 1,850 stores. The company's Board of Directors has authorized the repurchase of its common stock up to U$1.5 billion through fiscal 2022.

The company provides software solutions to help automate business processes. Its market cap is around US$96.49 billion. The stock was priced at around US$489 on June 10. It rose by 27% in the past six months.

In the first quarter of 2021, its subscription revenues were around US$1,293 million. ServiceNow has 1,146 customers with over US$1 million annual contract value, representing around a 23% YoY increase in customers. The company aims to become a US$10 billion revenue company.

It is an electronic design automation software company. On June 3, 2021, it announced its new DesignWare Die-to-Die Controller IP. Its market cap is around US$39.98 billion. The stock price as of June 10 was around US$261. The stock rose around 10% in six months.

Its Q2 revenue was around US$1,024.3 million, against US$861.3 million in the year-ago quarter. On June 8, the company acquired Code Dx to help customers in risk reporting and prioritization across the correlated software vulnerability data.

Vertex is a biotechnology company, and it develops small-molecule drugs for the treatment of serious diseases. Its market cap is around US$56 billion. As of June 10, the stock price was around US$216. It rose by 1.70% in the past month.

For the first quarter of 2021, the net product revenues increased by almost 6% and were around US$1.25 billion in the United States. From outside the United States, it was around 43% and was $470 million compared to the previous year.

In April, the company collaborated with CRISPR Therapeutics for the CTX001 programs for working on beta-thalassemia and sickle cell disease. As of March 31, 2021, its liquidity reserves were around US$6.9 billion.