Warren Buffett, also known as "The Oracle of Omaha", is a popular name in the equity market. The 91-year-old business magnate and investor is popular among the investors for his skills and expertise in stock selection. The investors also generally keep a close watch on the portfolio of Mr Buffett and make their portfolio accordingly.

The stocks of Warren Buffett, whether he sells or buys, tend to be closely watched by the market. In addition, any significant transaction by him generally makes a Wall Street headline.

Now, let's look at the stocks that Warren Buffett bought and sold in recent days.

The leading technology firm, Apple Inc., is one of the major holdings of Warren Buffett. In the second quarter, Berkshire Hathaway added about 3.9 million AAPL shares to its holdings, making the total holdings about 894.8 million shares, according to the company's filing with the SEC.

The AAPL stock had maintained a steady momentum on a year-over-year (YoY), as seen by the surge in its price. It grew over 15 per cent in the last 12 months while soaring about 26 per cent in the ongoing quarter.

The leading oil and gas firm in the US, Occidental Petroleum, is one of the best performers in the market this year. OXY stock showed gains of over 117 per cent year-to-date (YTD) while rocketing nearly 162 per cent in the last 12 months. 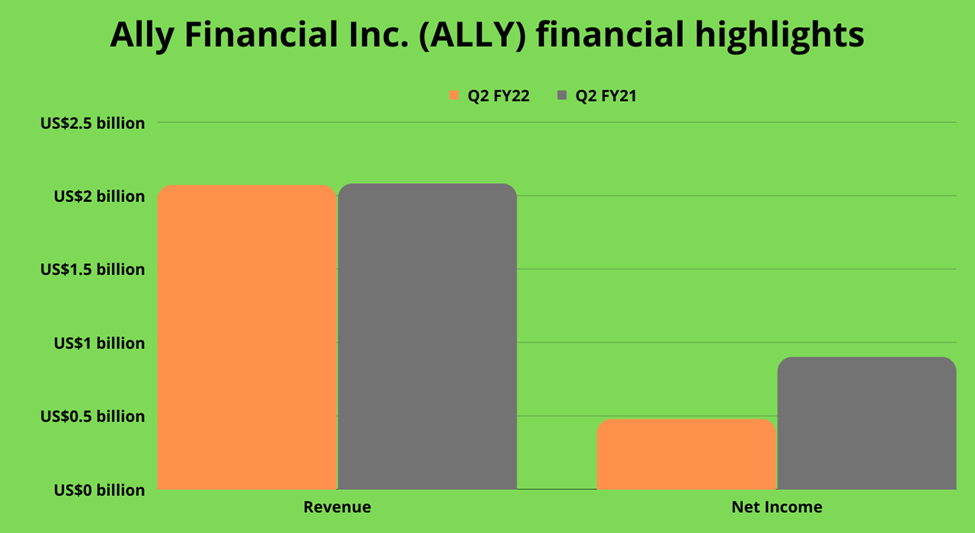 Ally Financial is a bank holding firm that operates in car finance, vehicle insurance, and other related fields. Warren Buffett had raised his stake in the firm by over 20 million shares in the second quarter.

ALLY stock fell nearly 32 per cent in the last 12 months while decreasing about 25 per cent this year. However, in the current quarter, it added over six per cent.

The Detroit, Michigan-based firm had a dividend yield of 3.35 per cent, and its annualized dividend stands at US$ 1.2.

The increasing popularity of the gaming sector has helped gains in the video game publishing firm. ATVI stock gained over 20 per cent YTD while soaring nearly three per cent in the ongoing quarter. However, on an annual basis, it lost nearly four per cent.

Berkshire Hathaway, which already had a significant holding of ATVI shares, added about four million more in the second quarter. According to its filing with the SEC, its total holding now stands over 68 million.

The journey doesn't seem great for the PARA stock this year. The mass media and entertainment conglomerate's stock lost about 12 per cent YTD while slipping about 32 per cent in the last 12 months.

It touched its 52-week low of US$ 23.15 on August 1, 2022, and its current trading price traded about 14 per cent from that level. Mr Buffett had added about nine million firm shares in the second quarter.

The GM stock fell 25 per cent YoY while declining about 35 per cent YTD. In the ongoing quarter, it added over 19 per cent.

Berkshire Hathaway sold over 5.4 million KR shares in the second quarter, while its remaining holding of the KR stock still stands at over 52 million.

The KR stock has maintained a steady momentum this year, as seen in its recent performance. The KR stock rose about eight per cent YTD while increasing nearly seven per cent YoY.
The retail firm had a market cap of about US$ 34.84 billion, and its dividend yield is 2.2 per cent.

In the second quarter, the pace at which Berkshire Hathaway spent in the starting quarter seems to have slowed. According to the recent filing of the firm with the US Securities and Exchange Commission (SEC), it had spent over US$ 6 billion in the market in Q2 while selling about US$ 2.3 billion of equities.

As per the filing, Warren Buffett and Berkshire Hathaway didn't purchase any new stocks of any companies but rather raised their existing holdings.