Benchmark US indices closed the session higher on Thursday, August 18, as investors appear to have shrugged off concerns over interest rate hikes.

Minutes from Fed's July meeting signaled on Wednesday that the Federal Reserve may continue with their rate-hike plan, although they would look on the pace acknowledging the risk of economic slowdown.

However, some investors are still moving on a cautious note given the rate hike fear at Fed's upcoming meeting in September. The Fed had raised the interest rates so far by 2.25 percentage through July to bring down the inflation.

The market participants are now eagerly waiting for Federal Reserve's annual Jackson Hole symposium, which is expected to happen in next week.

In economic news, the number of Americans filing for new claims of unemployment benefits declined in the prior week, indicating that the labor market is holding up despite a slowdown in the overall economy.

The initial claims decreased by 2,000 to 250,000 last week, the Labor Department reported Thursday.

The energy and information technology sectors led gains in the S&P 500 index on August 18. Seven of the 11 segments of the index stayed in the positive territory. The healthcare and real estate sectors were the bottom movers.

Shares of Cisco Systems, Inc. (CSCO) gained 5.93 per cent in intraday trading, a day after the company posted its quarterly earnings results while providing upbeat sales guidance for its first-quarter fiscal 2023.

Bed Bath & Beyond Inc. (BBBY) lost over 20 per cent on Thursday after investor Ryan Cohen said he would sell his stake in the retail firm. 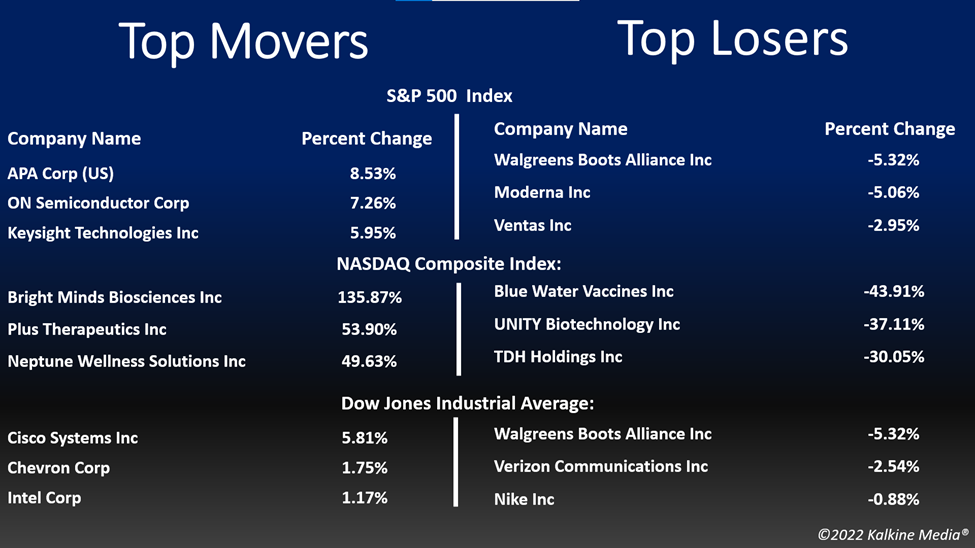 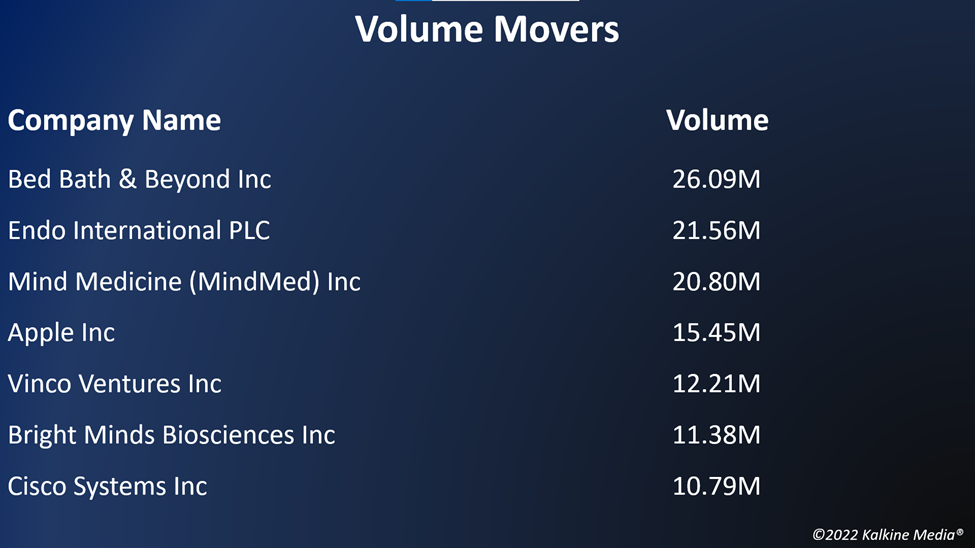