Britain’s retail sales volume dipped marginally in July month as per the trades survey data by the Confederation of British Industry (CBI). The retail sales volume rose by 23% in July, a slight dip compared to a 25% rise in June 2021, which was the first month when non-essential shops were operational after the ease in restrictions.

Economist at CBI said growth in the advance order book was at its fastest pace since December 2010, and July’s reported sales numbers are back at the expected levels when compared with the pre-pandemic period of 2019. CBI forecast the sales growth to pick again and touch a new high in the month of August.

Although the demand in the retail sector is relatively high because of high household savings due to lockdown, the overall retail segment is still facing significant labour shortage issues. Throughout the supply chain, many staff have to self-isolate themselves if they show the Covid-19 symptoms. The survey also found out that the stock levels were at a record low for the second consecutive month. The wholesale, retail, and motor trades sectors reported relatively low stock levels.

The London-based company operates the online business model for selling personalised greeting cards and gifts. The company operates under the Moonpig brand in the United Kingdom, United States, and Australia and has another brand Greetz in the Netherlands. The company offers its products and services through a website and app with an extensive range of cards, personalised gifts, and next-day delivery, which has helped the Group retains its loyal client base.

The company management expects the customer purchase frequency to slow down post lifting of lockdown restrictions until it stalls at 5% ahead of pre-Covid-19 levels. Hence the company expects revenue of around £250m to £260m in FY22, a lower estimate than the current year’s revenue. 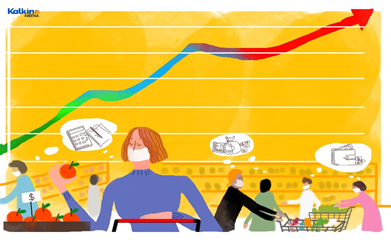 The company designs and manufactures miniature figures and games. It operates its business through various distribution channels like trade, retail, and online segment.  The company operates 531 stores in 23 countries, and its stock is listed on the London Stock Exchange and is a constituent of the FTSE 250 Index.