Greggs, M&S and Next in focus as July retail footfall drops further

Post improvement in shopper footfall in the early months of 2021, the number of retail visits have plateaued. Unpredictable weather conditions, with initial hot months followed by a period of torrential rainfall, have impacted retail footfall in the country. All COVID-19 restrictions were eased on July 19 (also called Freedom Day) in England. Easing of restrictions in the last week of July led to the retail sector’s best weekly performance of the year, as weekend shopper footfall registered a week-on-week improvement of 7 percentage points. The trend is anticipated to continue as vaccination rates surge and a decline in COVID-19 infections boosts consumer confidence. 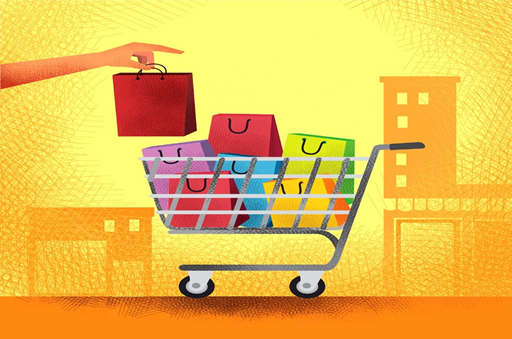 Let’s take a look at four FTSE listed retail stocks and see why they are making news:

Greggs Plc is a UK-based food-on-the-go retailer and operates through a network of over 2,100 retail outlets across the country.  Greggs inaugurated 48 new shops in H1 2021 with 11 closures and a total shop count reaching 2,115 as of 3 July 2021. The company plans to increase its pipeline of new shop openings to around 100 for the entire year and create about 500 new retail roles in the second half of 2021. Delivery service is available from 837 shops, and delivery sales accounted for 8.5% of company-managed shop sales in H1 2021.

The board declared an interim ordinary dividend of 15.0 pence per share in its interim results for the H1 ended 3 July 2021.

FTSE 250 listed and London-based, Marks and Spencer is a retailer specialising in selling clothes, food and home products.

On 5 August 2021, the retail giant confirmed the closing of two stores in Warwickshire and the shifting of staff to its new branch in Leamington. M&S plans to close around 30 sites after shutting down operations across 59 clothing and food stores plus 15 food-only sites and eight outlets under its previously outlined plans to streamline business operations. The company also acquired the former Debenhams outlet at White Rose Leeds for its new 80,000 sq. ft. anchor store. Due to lockdowns, the company recorded a pre-tax loss of £201 million for the year ending 27 March 2021.

Next Plc is a British multinational home products, clothing, footwear and accessories retailer. Over 400 shop workers of the company have engaged a law company to fight for equal pay rates. Store staff earn between £2 and £6 less per hour compared to the distribution centre workers.

Having accepted that the job roles are comparable, Next will be required to prove to the employment tribunal’s satisfaction the reason for pay disparity, failing which it would be required to increase wage costs by around £100 million.

The full price sales for eleven weeks to 17 July 2021 increased by 18.6 per cent compared to the same period in 2019. The company’s previous guidance assumed an increase of 3 per cent. The increase in sales can be attributed to the pent-up demand for adult clothing, rise in consumer savings and increase in domestic spending. The board also declared to pay shareholders a special dividend of 110p per share on 3 September 2021. The total value of the special dividend is approximately £140 million.